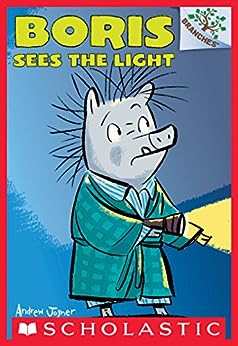 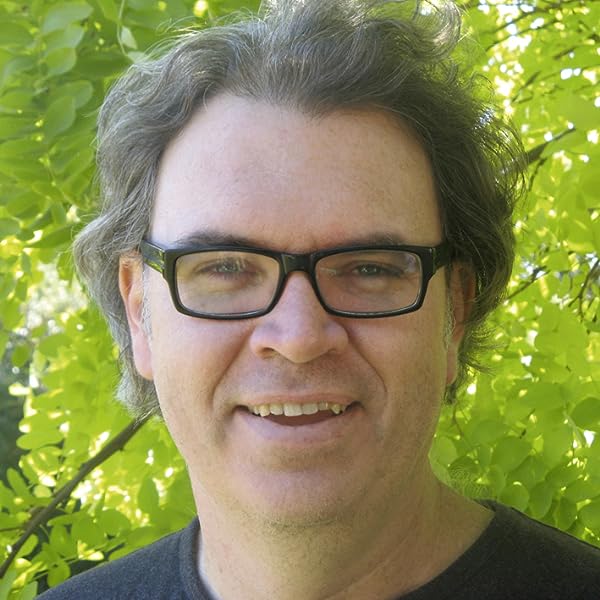 by Andrew Joyner (Author, Illustrator) Format: Kindle Edition
Book 4 of 4: Boris
See all formats and editions
Sorry, there was a problem loading this page. Try again.
For a brave warthog like Boris, adventure is always just around the corner!

Boris is having a sleepover! He's camping in the backyard with Frederick and Alice. And they are not one bit scared of the dark. No way!

But what is that strange light moving around outside the tent? And what is making all of those strange, scary noises? It's up to Boris to find out....
Read more
Previous page
Next page
Kindle e-Readers
Fire Tablets
Free Kindle Reading Apps
Available on these devices

Andrew Joyner is an illustrator and cartoonist published internationally in newspapers and magazines including THE SUNDAY AGE, THE AGE, SYDNEY MORNING HERALD, SUN-HERALD, SOUTH CHINA MONRING POST, and READER'S DIGEST. He has illustrated books by humorists Ross Campbell and Wendy Harmer. THE TERRIBLE PLOP was his first picture book and most recently, he has produced a series of chapter books featuring Boris, a loveable warthog. He lives in Strathalbyn, South Australia. --This text refers to the library edition.

Andrew Joyner is an Australian illustrator and author of children's books, whose work is now published in more than 25 countries. As an illustrator his books include The Terrible Plop, written by Ursula Dubosarsky, and The Baby Swap by Jan Ormerod. He also wrote and illustrated the Boris chapter book series about a winsome and adventurous warthog. His titles for 2017 include Bear Make Den, written by Jane Godwin and Michael Wagner (published by Candlewick), Garcia and Colette Go Exploring, written by Hannah Barnaby (published by Putnam / Penguin), and two picture books by Jonathan London, Duck and Hippo: In the Rainstorm and Duck and Hippo: Lost and Found (published by Two Lions / Amazon). His authorial picture book debut, The Pink Hat, is about a young girl, a pink hat, and the Women's March (published by Schwartz and Wade, Penguin Random House).

4.8 out of 5 stars
4.8 out of 5
94 global ratings
How are ratings calculated?
To calculate the overall star rating and percentage breakdown by star, we don’t use a simple average. Instead, our system considers things like how recent a review is and if the reviewer bought the item on Amazon. It also analyzes reviews to verify trustworthiness.
Top reviews

Calfilly
5.0 out of 5 stars Great books!
Reviewed in the United States on May 27, 2019
Verified Purchase
My just turned 7-year-old son loves all of the Boris books! He was slow to enjoy reading out loud or on his own. These books helped change that and now he grabs them for car rides or to just sit and read.
Read more
One person found this helpful
Helpful
Report abuse

Puffinsinger
5.0 out of 5 stars Makes reading fun!
Reviewed in the United States on May 23, 2019
Verified Purchase
Perfect level for first grade. Accessible story and my students love to read this series!
Read more
One person found this helpful
Helpful
Report abuse

Mable D.
5.0 out of 5 stars Five Stars
Reviewed in the United States on June 8, 2018
Verified Purchase
This is a great early chapter book. Most words are decidable or sight words.
Read more
2 people found this helpful
Helpful
Report abuse

Sarah Johannsen
5.0 out of 5 stars Charming, well-written, lovely!
Reviewed in the United States on March 22, 2019
Verified Purchase
This series of books is so well-written and illustrated. I love the sweetness of the stories; how the characters treat each other. I love the relationship Boris has with his parents. I love the gentle humor of the stories.
Read more
One person found this helpful
Helpful
Report abuse

Amazon Customer
5.0 out of 5 stars Amazing book for struggling readers
Reviewed in the United States on May 21, 2020
Verified Purchase
As a Special education teacher this is exactly what I was looking for for my students. It has a majority of sight words so it’s easy for them to read and helps build confidence. My students felt so proud of themselves after being able to read a chapter book by themselves.
Read more
Helpful
Report abuse