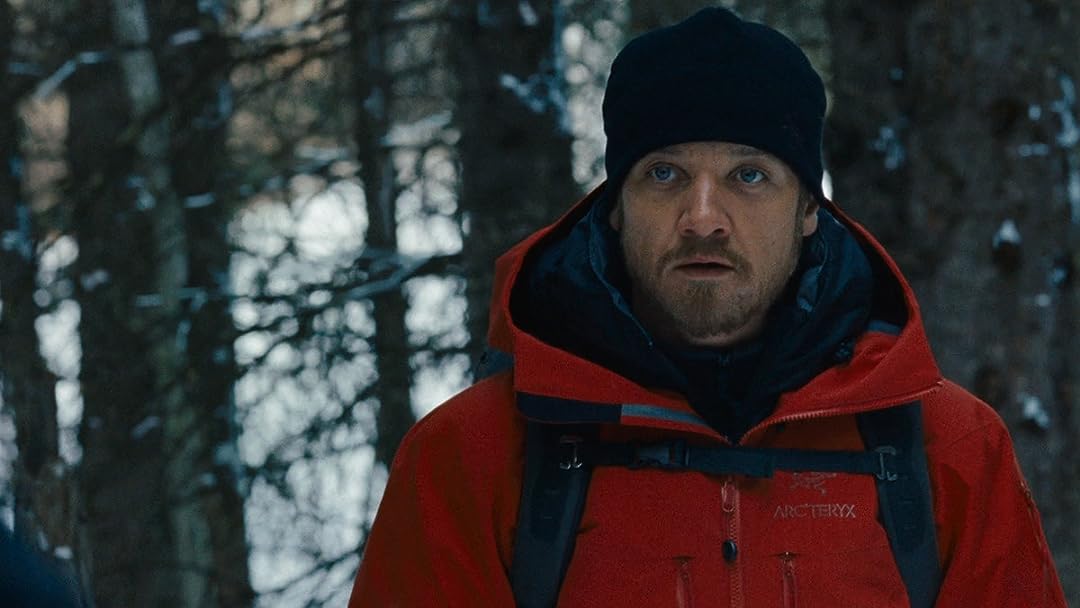 (13,435)6.62 h 15 min2012X-RayPG-13
HD. A pharmaceutically enhanced government agent goes off the grid to uncover the deception that has him targeted for termination.

Leaves Cinemax in 5 daysRentals include 30 days to start watching this video and 48 hours to finish once started.

Save with with the Bourne movie collection on Prime Video shop now.

Sum1Reviewed in the United States on September 2, 2016
5.0 out of 5 stars
This is a romance and a really good story (with action)!
Verified purchase
This is a love story with action! Although I needed to watch the Bourne movies to understand the premise for this movie, I wouldn't have called this a Bourne movie. It is all about Aaron Cross. This is a movie with a lot of storytelling; which I favor over pure action. Then, when Aaron and Marta finally team up, oh how I loved the subtly of their interactions as they became more and more to each other. (Well done, director and actors!) This entire movie is so well acted, even by the minor characters, that I enjoyed every personality that came on screen. I like a good story, and I like romance in my movies. I also like how Aaron is the one who knows how to protect Marta (love the action scenes), but that she is a full participant in helping how she can in their quest, and she is a smart and resourceful woman. Their partnership/attraction for each other (and Aaron protecting her, albeit out of self interest at first) is why I have watched this movie a few times now. The story and action is well done and interesting and new for me, but the "love story" is why I re-watch it.
46 people found this helpful

PhilReviewed in the United States on May 30, 2017
2.0 out of 5 stars
So much setup with so little payoff
Verified purchase
I suppose my thoughts on this film are heavily influenced by the prevailing thought that there will never be a true sequel with Renner, but I can't help but feel like this entry into the Bourne series was a rushed cash-grab. The film spends no less than 30 minutes to an hour doing a ridiculous amount of plot setup, only to try and bring things together in an underwhelming series of chases that result in absolutely no story resolution. As the film ends, so many questions remain unanswered, and as a viewer you feel as if you were just strung along for far too long only to be disappointed with a sequel-bait finale.
20 people found this helpful

LiSciaReviewed in the United States on October 23, 2016
4.0 out of 5 stars
Good action/adventure film; I don't know why it took me so long to see it!
Verified purchase
I was surprised and impressed at how good this was. The story is a spin-off of the original Jason Bourne stories and seems to be happening at the same time as events in the Bourne ultimatum. It has a good plot, good pacing, and a fine cast; I especially liked Renner and Weisz in the lead roles. The main character, Aaron Cross (Jeremy Renner), is a member of a black ops program called Operation Outcome, whose subjects are genetically enhanced. He must run for his life once former CIA Treadstone agent Bourne's actions lead to the public exposure of Operations Treadstone and its successor Blackbriar. When the CIA learns of a potentially explosive video of Treadstone's and Outcome's medical directors socializing together, they decide to cut their losses and close down the programs until the political heat cools. They begin assassinating the agents and scientists associated with the programs. At a biogenetics company supporting Outcome, researcher Dr. Donald Foite (Željko Ivanek) shoots and kills all but one of his colleagues in the research laboratory. Security guards break into the lab and shoot him, though he seemingly does not feel the pain of the gunshots. Foite turns his gun on himself, leaving biochemist Dr. Marta Shearing (Rachel Weisz) as the sole survivor. Agents later attempt to stage her suicide, but are stopped by Cross, who had tracked her down to help him acquire the chemicals he needs to retain his enhanced physical and mental conditioning. The two work together to save themselves.
17 people found this helpful

joel wingReviewed in the United States on April 3, 2021
3.0 out of 5 stars
Good but not as good as Matt Damon's Bourne
Verified purchase
What’s it say about a series that loses its star character? That’s what happened with Bourne Legacy that doesn’t feature Jason Bourne/Matt Damon. Instead Jeremy Renner is the star. He’s part of a government program to create super soldiers through drugs called Outcome which is similar to Treadstone that led to Bourne. Despite Tony Gilroy writing Legacy and the previous film Ultimatum there were not as many high intensity action scenes the franchise was known for. That’s what made the Bourne films stand out. They didn’t have the gimmicks of James Bond or the special effects of Mission Impossible. Instead they went for fight and action sequences that tried to be realistic. Ultimately it’s still good but not as good as Damon’s Bourne.
2 people found this helpful

Jeffrey SReviewed in the United States on November 5, 2018
5.0 out of 5 stars
A Great Continuation of the Bourne Series
Verified purchase
Jeremy Renner gives an outstanding performance as a CIA agent. As in all of the Bourne movies, there is great edge-of-the-seat action and suspense. Renner finds out that the program he as dedicated his life to is now defunct. To add to the stress, he has run out of the performance enhancing chems that have been part of the program. I won't go further into the plot to spoil the suspense.
There is gorgeous footage of northernmost wilderness as well as a glimpse into the world of the Philippines. The movie has a great cast of actors and there is never a dull moment. If you have enjoyed the previous Bourne movies, I am sure that you will thoroughly enjoy this sequel as well.
7 people found this helpful

BJ1517Reviewed in the United States on December 23, 2020
5.0 out of 5 stars
A good, underrated Bourne movie
Verified purchase
This entry in the Bourne series is surprisingly good and oftentimes overlooked because Matt Damon is not the main protagonist.

Seeing the MK Ultra program through the eyes of another operative is a good idea, and shows a different perspective of how the program has impacted the trainees. Jeremy Renner does a great job and it would have been nice to see more entries with his character as the main protagonist.

The movie is full of good action scenes, suspense, and overall good storyline.

Amazon CustomerReviewed in the United States on May 1, 2021
5.0 out of 5 stars
One of my fav movies!!!
Verified purchase
Must watch...For me the best Bourne movie; before it was like watching a real life soft ass, similar to Ice Cube in XXX sequel running around with a belly, but in this case skinny with a soft voice and bady face who cant make a mad face to save his life. And I know thats subjective hence previous movies did great. Now consider a really good movie and now u actually have an actor who fits the role and is able to let your imagination be engaged..Everything else was done just as good, with so many details and the movie being filmed in different places, they put it all together and made a really great movie.
One person found this helpful

rockalittleReviewed in the United States on August 20, 2014
5.0 out of 5 stars
Really good action movie.
Verified purchase
I purchased this movie from Amazon for $7.00 and a bluray/ digital copy/ ultraviolet copy was included. For that price, I highly recommend this package.
The Bourne Legacy is an exciting movie that takes place soon after the events of the Bourne Trilogy movies. Jeremy Renner plays agent Aaron Cross, who has been genetically manipulated and enhanced through the use of experimental drugs. The agents in this program, known only by their number, are constantly assessed for response to the chemicals which require daily maintenance doses.
As a result of Jason Bourne's actions, the agency, now under intense scrutiny, has elected to shut the program down. The agents involved in the program, who will die if not properly cycled off the meds, are considered collateral damage. The movie is essentially about Cross dealing with the sudden loss of medication, as well as being a target for reasons he doesn't understand. Rachel Weisz plays a scientist involved in the program who becomes Cross's unlikely ally. Ed Norton plays the CIA boss in charge of shutting it all down and leaving no loose ends.
I didn't think this movie had the intensity of the original Bourne movies but, I still really enjoyed it. It is fast paced, well written and well acted.

14 people found this helpful
See all reviews
Back to top
Get to Know Us
Make Money with Us
Amazon Payment Products
Let Us Help You
EnglishChoose a language for shopping. United StatesChoose a country/region for shopping.
© 1996-2021, Amazon.com, Inc. or its affiliates