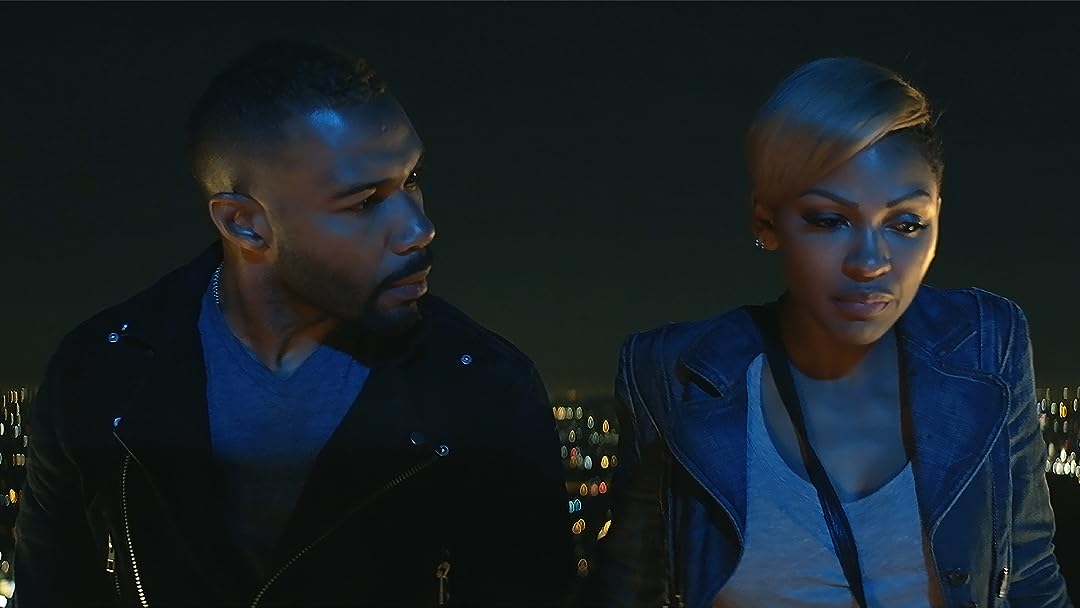 (564)
4.91 h 29 min2018R
On the night of the 2016 Presidential election, Cass, an LA club promoter, takes a thrilling and emotional journey with Frida, a Midwestern visitor. She challenges him to revisit his broken dreams, while he pushes her to discover hers.

Leaves ALLBLK in 9 daysRentals include 30 days to start watching this video and 48 hours to finish once started.

Stella NovaReviewed in the United States on January 29, 2019
5.0 out of 5 stars
It Is Art Itself
Verified purchase
In reading some of the reviews it seems some people always need a face paced shoot em'up, cussing, beat down type of action movie to be satisfied. The thing with art is it represents the artist in their most vulnerable form, as did this movie. The backdrop of "The City Of Dreams" - perfect, because there is just something intoxicating about LA. It was a subtle love story, she pushed him and his words pushed her, this is why she canceled her flight, Every movie does not have to have a sex scene that makes us drool. Sometimes, having a connection, a moment with someone that you feel an intenseness toward (as they did for each other which was made obvious). It wasn't boring but thought-provoking, the only thing I did not like was that Trump got any of our attention as it is so undeserved. However, I do innerstand the reason for it being a part of the movie. I wondered if this film IS/WAS the very film he needed to release (well, the actual person who wrote it anyway). I truly LOVE that is was something different for black actors, it wasn't typical for us and that is good! It showed range for both Omari & Meagan... It could be considered poetic. We as African Americans have to stop being so hard on each otehr and support our artistry or this outlet will close as well. I am an Actress as well, so I know how difficult it is for us. I love to see us stepping off the beaten path. Kudos! I also loved their names in the movie.
13 people found this helpful

Amazon CustomerReviewed in the United States on December 15, 2018
1.0 out of 5 stars
Not what I expected, very boring and slow paced
Verified purchase
I truly wanted to be so into this movie hence I waited for so long for the release of it. Definitely not what I expected. Cas had this weird self expression about himself, he seemed angry and very bothered throughout the entire movie. From his attitude, the dryness in his voice, his facial expression. That alone left the movie very gloomy, boring and dry. There was NO romance whatsoever. Free, was just as dry as he was. The entire movie was based upon Trumps election, which wasn't entertaining at all. No moral of the movie, no action at all. It was so hard to even sit and watch the entire movie, I had to keep giving it breaks and fell asleep three times. I'm so use to movies with Ms. Good playing lead roles being intriguing. Nope this one is definitely not it. There was no concept, no nothing. I would be more entertained reading the daily newspaper than watching this.
20 people found this helpful

Stephen Walker IIReviewed in the United States on September 19, 2019
5.0 out of 5 stars
Selfless Aspirations
Verified purchase
I love this movie. They debated and might of disagreed but they chose to stick with each other because of the simple fact of the rawness they both displayed. Each person was not trying to be something they wasn't. Also it took him a long time to finally allow his wall to come down and she was able to do that by listening and showing a side of affection that most women in the movie did not show. It mean a lot to me because I am a music producer and never sold a song. Been doing it since I was 12 years old. It spoke to me in ways I never thought a movie could. It's amazing how they both were vulnerable the entire movie. One was running away from an insecure relationship and found a secure one and the other was running from a dream that was literally at the tip of his finger. Everybody around him believed in him and knew that he had talent but he still held back. Both of them was afraid to give up but also was a afraid to move forward. The confusion for them both was like being on the same vibration and wavelength but having different frequencies until the end of the movie.
5 people found this helpful

Elizabeth JohnsonReviewed in the United States on January 8, 2019
5.0 out of 5 stars
Subtle Stunner!!
Verified purchase
It's really nice to see myself reflected back to me. I'm not an artist but I have dreams that terrify me to even think about pursuing. It's rare that I come across movies with primarily black cast with this sort of subject matter done so expertly. And to have the backdrop be the 2016 election gave the movie an emotional momentum when you consider everything we've been through since then. I recommend this movie with two thumbs up!
8 people found this helpful

Movie Girl!!!Reviewed in the United States on January 20, 2019
5.0 out of 5 stars
I Wish That I Could Give This Movie 10 Stars!!!!!!!
Verified purchase
Meagan and Omari deserve academy awards for the incredible acting! They were both brilliant!!!!

The story line, the much needed inspiring and enduring message, the love story - just incredible!

I purchased it today and have already watched it 4 times!! This movie has taken my breathe away.

Miss C.Reviewed in the United States on October 19, 2021
5.0 out of 5 stars
Five Times in a Row!
Verified purchase
I don’t normally write reviews but there was something special about this movie. After watching the first time, I was left with so many unanswered questions that I decided to watch it again. I have since watched it five times, in a row. Not because I’m still confused, but because of the various levels passion and thought provoking dialogue, both spoken and unspoken, continuously being displayed throughout the movie, and not just between Omari and Meagan. This is a great work of art.

AurisaReviewed in the United States on December 17, 2021
5.0 out of 5 stars
Wow just wow
Verified purchase
I love the artistry of this movie. I've never seen any movie filmed like this. The way the camera is off focus at times, it makes you feel like you are character in the movie almost like you are in the mix. Like you are getting to follow a certain couple and see how their night is going. it also gives it a casual vibe, a feeling of anything can happen, what is next. not so serious. I'm sure this was intentional. What gave me the most impact was not the words that were said, it was more all the little subtleties in the acting, the way they looked at each other, were around each other. loved this movie and I'm sure not everyone is going to get it but a true artist movie.

L. R. SmithReviewed in the United States on July 11, 2021
1.0 out of 5 stars
Horrible writing!
Verified purchase
This film is badddddddd! I do not mind slow-paced films but the quality of the script needs to be able to carry the viewer through without thinking the entire time about how slow the film moves. The dialog is so bad that I literally dropped my head shaking it multiple times while saying out loud, "This is bad."
One person found this helpful
See all reviews
Back to top
Get to Know Us
Make Money with Us
Amazon Payment Products
Let Us Help You
EnglishChoose a language for shopping. United StatesChoose a country/region for shopping.
© 1996-2022, Amazon.com, Inc. or its affiliates