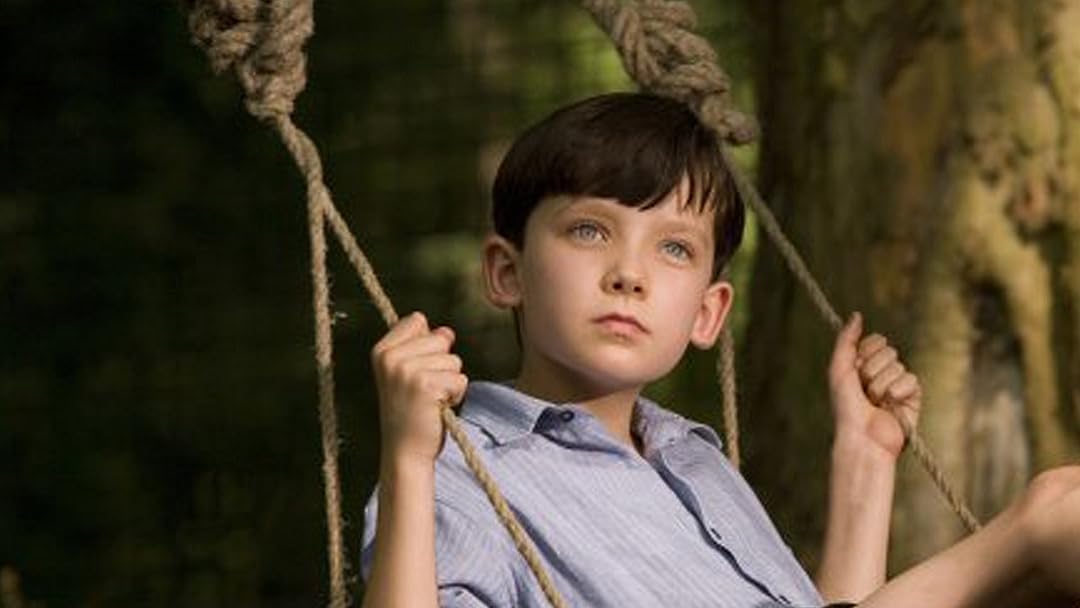 The Boy In The Striped Pajamas

Miss RoseReviewed in the United States on November 16, 2020
5.0 out of 5 stars
Will use this to educate my children that it is NEVER okay to dehumanize others
Verified purchase
This week I have watched The Boy In The Striped Pajamas as well as the film Unplanned. I plan on educating my children to never accept dehumanizing others, no matter how young or old, race, ethnicity, religion, etc. This was an excellent film and I appreciate that profanity and sex scenes were left out. While there was some visible violence, it was not nearly as graphic as most other movies with this rating. Because of the restraint the producers of the film used, I will be able to show this to my children at a younger age than Unplanned, which probably isn't appropriate until the late teenage years (Unplanned was very disturbing to me even as an adult but necessarily so as it opens the viewers eyes to the ongoing modern-day holocaust). The work camp propaganda film shown in The Boy in The Striped Pajamas reminded me of the deception used by Planned Parenthood in the movie Unplanned to convince it's clients to go ahead with abortions.
12 people found this helpful

Gary W. PhelpsReviewed in the United States on June 7, 2015
5.0 out of 5 stars
The Boy In The Striped Pajamas
Verified purchase
As a former military officer in the U.S. Armed Forces, it was my privilege to be involved with studies in Air Command and Staff College (ACSC) and the Air War College. In addition I received premiere education about the Nuremberg Code of 1947 and the Nuremberg Trials as conducted by Allies as the International War Crimes Trials. That background is not meant to impress the reader of this review. Rather I have looked for films that are based on historical novels and take a complicated subject so that the person with an average high school education can be enlightened. This is accomplished in the DVD, "The Boy In Stripped Pajamas." Two young actors, Asa Butterfield as Bruno, and Jack Scanlon as Schmuel are magnificent to the point of Genius, who portrayed what could have happened - and did happen - in Work Camps that were in an annex network with a main concentration camp. The producers in conjunction with Hungarian, British, German and Budapest expertise recreated the tragic atmosphere
of what happened to individuals both directly and indirectly involved with Hitler's final solution. The Genius of this DVD, is any member of a family
- no matter how young or old - can grasp what happened in the Holocaust - and must not take place again. I purchased this DVD and it is an essential part of my DVD collection. It is often overlooked that the innocent were exterminated in the WW II camps whether a work place or concentration center. It is important the young as well as the adults in the world comprehend what the Holocaust was. Here is an excellent movie
to help gain that understanding in contemporary terms. Mankind did not cross over into Jordan during the 20th Century - and neither have we in the
21st Century. This DVD is an superb example to view and learn.

University DocReviewed in the United States on January 16, 2017
4.0 out of 5 stars
Highly recommend for the heart that was put into it. Ending will haunt you.
Verified purchase
I first saw this DVD when we rented it. When I saw it on amazon for a low price, I snatched it up. Great film about the Holocaust from a child's perspective. The ending is especially daunting and will leave an impression. The ending says it all. Some say that it wasn't real to life because their were no children in camps. However, others say there were. What's the big deal? It shed light on the Holocaust. Isn't that what it really matters?
Highly recommend for the heart that was put into it.
38 people found this helpful

Amazon CustomerReviewed in the United States on October 31, 2018
4.0 out of 5 stars
Redemption: Love that takes the place of another
Verified purchase
I saw this movie years ago... I seem to recall that it was a made-for-tv production, and was not actually released through the movie theatres. It shows a beautiful friendship that develops between 2-boys during WW II, one who is the son of a German Officer, and the other who is interred in a concentration camp. At the same time, the German boy, Bruno, faces many challenges of circumstances in his life, as well as some questions to try to understand the animosity between peoples during war. The ending can certainly bring tears to your eyes as the German boy, Bruno, ends up going in to the concentration camp dressed in the prison clothes in a bid to give the Jewish boy a bid for some time of freedom outside - The tragic turn of circumstance is that this occurs on the very day that inmates of the concentration camp are scheduled for termination. I bought the DVD in order to add to my Asa Butterfield movie title collection... It is an earlier work of his, and as one watches him act in subsequent movies, you can see a lot of personal growth not only in his acting, but as a person. It is a good movie, though it has been a while since I have watched it.
11 people found this helpful

MEWReviewed in the United States on October 30, 2015
5.0 out of 5 stars
Outstanding movie in spite of the difficult subject matter. ...
Verified purchase
Outstanding movie in spite of the difficult subject matter. If I were teaching a course in "film" at the college level this would be the number one1 film to explore. The symbolism, foreshadowing, and imagery are well worth exploring. The filmmakers showcase the rise and fall of WWII from the Nazi perspective through the characters. Their movements, dress, and facial expressions tell the tale of a confident Nazi Germany on the rise to a broken and desperate sociopathic group scrambling to finish their horrifying "final solution" with the Allies breathing down their neck. In this film, two young boys, victims of a society spun out of control naturally navigate their own worlds coming together without prejudice in an attempt to salvage a fractured childhood. Their instincts and inner conflict are well documented by the filmmakers who explore the confusing world in which they live. In the end, boys will be boys and in the world created for them by an evil society, they find a way to do exactly what kids do; play, explore, and pretend. Their playful exploration has consequences for them and the architects of the final solution. If ever there was a case of "instant karma," it plays out in this film.
25 people found this helpful

SignladyReviewed in the United States on June 15, 2018
4.0 out of 5 stars
Another must-see
Verified purchase
Good price received this movie in a timely manner.

Although this movie is a novel, my father, a WW2 vet, told me stories about officers wives, and family members of German officers - these family members did not agree with actions taken. My father also told me about german officers who blew their brains out or went AWOL when they realized what was going on. There were wives who left their husbands when they discovered the truth.

These kinds of things are magnificently portrayed in this movie.

Boho-ChicReviewed in the United States on January 2, 2021
3.0 out of 5 stars
Almost fantastic!
Verified purchase
A poignant, though historically clumsy movie/book. Though well intended, this needs to be understood as an ideal first-read, fictional story (with limited WW2 concentration camp info) for those too young to hear most specifics, yet who're old/mature enough to handle a small semblance of concentration camp reality.
For an educated adult watcher/reader it's still a poignant & beautiful tale ...if you ignore some factual impossibilities.
A wisened viewer must also sigh at the ending, which though shockingly brilliant in its premise, begs at least another half-chapter to fully flush out reactions. Instead, viewers/readers are left duly surprised... yet ultimately frustrated and wanting to know more.
Ultimately worth seeing with understanding you may crave more 'ending' than this quick 'n too-easy finale. "It" happens...then the credits roll.
Whaaaat? It's the move of a smug filmmaker who ultimately doesn't care about their audience.
2 people found this helpful

Danny de LuqueReviewed in the United States on September 27, 2021
5.0 out of 5 stars
Amazing Film About a Child but Not for Children...
Verified purchase
Set during World War II, a story seen through the innocent eyes of Bruno, the eight-year-old son of the commandant at a concentration camp, whose forbidden friendship with a Jewish boy on the other side of the camp fence has startling and unexpected consequences. This is a story that breaks the heart of anybody who views it. With few exceptions all people should view this film to gain a greater understanding of the horrors of hatred. Children should not be exposed to this. Only mature teens should see it. At the beginning of the film there is a quote “Childhood is measured out by sounds and smells and sights, before the dark hour of reason grows.” (John Betjeman) That is precisely why one very young should not see this film.
One person found this helpful
See all reviews
Back to top
Get to Know Us
Make Money with Us
Amazon Payment Products
Let Us Help You
EnglishChoose a language for shopping. United StatesChoose a country/region for shopping.
© 1996-2022, Amazon.com, Inc. or its affiliates