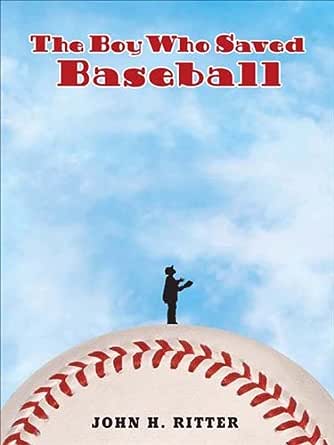 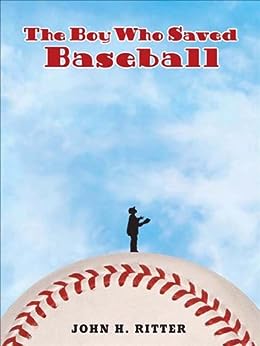 Grade 5-8-This novel goes beyond the usual baseball story by introducing the deeper issue of big developers encroaching upon nature and small-town life in rural California. Doc Altenheimer, an 87-year-old apple rancher, seems to be ready to sell his 320 acres of prime real estate that makes up a good part of Dillontown and its baseball field. He surprises young Tom and the rest of the residents by proposing that the decision should ride on a baseball game between the locals and the well-equipped summer-camp team down the road. Despite the odds against Dillontown, a surprise ending is in store. Characters are colorful and intriguing. There is the villainous mayor who believes there will be great prosperity if new roads and expensive houses are built. A mysterious boy, Cruz de la Cruz, arrives on horseback claiming to know the secret of hitting, and brings hope and spirit back to the residents. He and Tom seek out an old baseball legend, Dante Del Gato, a recluse who walked away from the majors many years before, and convince him to be their coach. Ritter's descriptive passages will have readers feeling they are actually at the ballpark tasting the swirling dust amid the authentic Mexican food cooked by the supportive townspeople. Spanish phrases blend in unobtrusively throughout the saga. This tale is peppered with both optimism and dilemmas; it has plenty of play-by-play action, lots of humor, and a triumphant ending.
Blair Christolon, Prince William Public Library System, Manassas, VA
Copyright 2003 Reed Business Information, Inc. --This text refers to an out of print or unavailable edition of this title.

*Starred Review* Gr. 5-7. Ritter delivers a baseball tale of legendary dimension, featuring several larger-than-life characters and a team of ordinary young folk tackling a seemingly insurmountable challenge in defense of a worthy cause. After old Doc Altenheimer promises not to sell his acres to developers if the local, ragtag summer camp can field a team that beats the nearby exurb's all-stars, along comes young Cruz de la Cruz, with a bat slung into a rifle holster on his saddle and a self-designed computer game that simulates the delivery of any pitch. Knowing they'll need more than that to be ready, 12-year-old benchwarmer Tom enlists gruff loner Dante del Gato, a renowned Major Leaguer who suddenly quit the game, as trainer. While local boosters turn the tumbledown practice field into a rolling fiesta, and eager reporters gather to watch, Tom and his fellow Wildcats find themselves playing better than they ever thought they could--good thing, too, as Cruz, his work done, disappears on game day, propelling Tom into the lineup for last-inning heroics. Developing both cast and multiple plotlines in suitably "wild and woolbacious" prose, Ritter dishes up another stellar read--topped off by a convincing Web site, http://www.cruz-on.com, apparently fabricated for the book, that adds verisimilitude. John Peters
Copyright © American Library Association. All rights reserved --This text refers to an out of print or unavailable edition of this title.

"This tale is peppered with both optimism and dilemmas; it has plenty of play-by-play action, lots of humor, and a triumphant ending."--School Library Journal

"Readers will relate to the themes of overcoming reticence, the drive to meet an impossible challenge, and the thrill of growing into a team."--Children's Literature --This text refers to an alternate kindle_edition edition.

John Ritter has written many novels and numerous short stories for Young Adult readers. His first novel, Choosing Up Sides, published in 1998, won the 1999 International Reading Association Children’s Book Award for Older Readers and was designated an American Library Association Best Book for Young Adults. Kirkus Reviews praised Choosing Up Sides, which attacked the once-prevalent views of religious fundamentalists toward left-handed children, as, “No ordinary baseball book, this is a rare first novel.”  In 2004 Ritter received the Paterson Prize for Books for Young People for his third novel, The Boy Who Saved Baseball. --This text refers to an alternate kindle_edition edition.
Read more

4.6 out of 5 stars
4.6 out of 5
418 customer ratings
How does Amazon calculate star ratings?
Amazon calculates a product’s star ratings based on a machine learned model instead of a raw data average. The model takes into account factors including the age of a rating, whether the ratings are from verified purchasers, and factors that establish reviewer trustworthiness.
Top reviews

Amazon Customer
5.0 out of 5 stars Son who doesn’t like reading, loved it!
Reviewed in the United States on July 13, 2019
Verified Purchase
We have to force my son to read. The only thing he doesn’t hate is Diary of a Wimpy kid, but he has yet to like a “novel” type book. He actually loved this book. He is 9 and loves sports. I would recommend it!
Read more
25 people found this helpful
Helpful
Comment Report abuse

Brittany S.
5.0 out of 5 stars Perfect Gift for 10 year old
Reviewed in the United States on January 3, 2019
Verified Purchase
My husband read this in the fifth grade so it was a perfect fit for a book for our ten year old nephew.
Read more
17 people found this helpful
Helpful
Comment Report abuse

J. W. Ivie
5.0 out of 5 stars Used as gift for my grandson
Reviewed in the United States on October 13, 2019
Verified Purchase
While really smart, he does not like to read just for pleasure. He loved this book and read it over one weekend.
Read more
9 people found this helpful
Helpful
Comment Report abuse

jim
4.0 out of 5 stars Good book for a 12 year old that loves baseball
Reviewed in the United States on February 3, 2019
Verified Purchase
Good choice for a xmas present for an avid reader and baseball player.
Read more
9 people found this helpful
Helpful
Comment Report abuse

butterflynana
5.0 out of 5 stars Easy Reading
Reviewed in the United States on October 21, 2019
Verified Purchase
I can't remember what year I bought all the books but I do remember grandson telling me how much he enjoyed each book
Read more
4 people found this helpful
Helpful
Comment Report abuse

Daniel Ramirez
5.0 out of 5 stars One of the greats
Reviewed in the United States on September 29, 2018
Verified Purchase
A classic. My nephew loves it
Read more
6 people found this helpful
Helpful
Comment Report abuse

Patti
5.0 out of 5 stars Perfect gift for a boy who loves sport
Reviewed in the United Kingdom on April 19, 2018
Verified Purchase
Purchased for grandson, who said he is enjoying it very much even though he doesn't play baseball.
Read more
Helpful
Sending feedback...
Thank you for your feedback.
Sorry, we failed to record your vote. Please try again
Report abuse