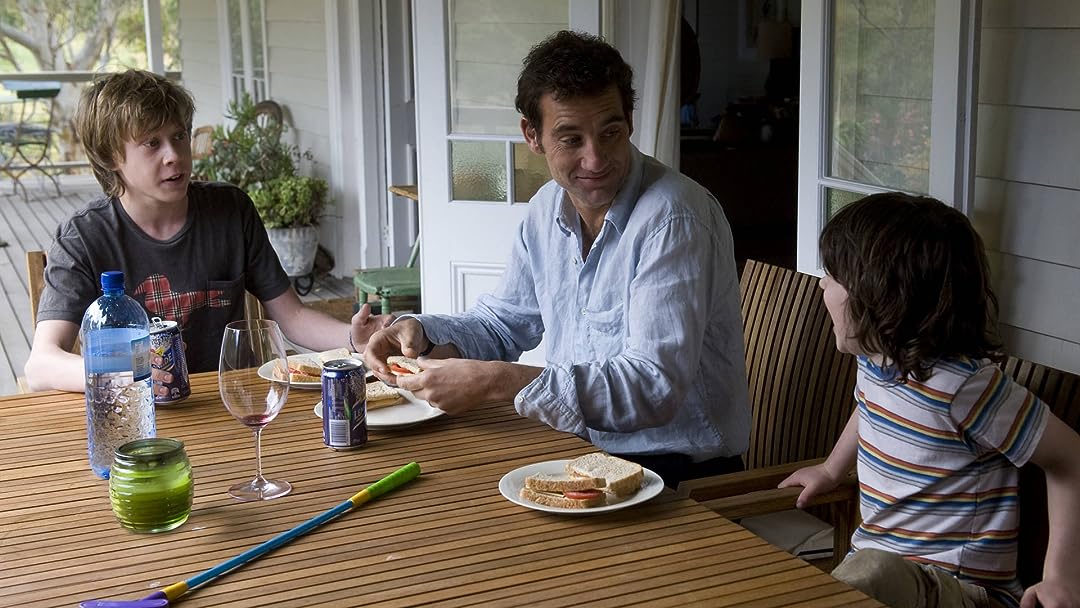 The Boys Are Back

(195)
6.81 h 44 min2010X-RayPG-13
Clive Owen delivers a critically acclaimed performance in THE BOYS ARE BACK, the heartwarming drama about a man who is suddenly thrust into the role of single parent. Successful sportswriter Joe Warr (Owen) finds himself completely unprepared to raise his rambunctious 6-year-old son Artie and juggle the challenges of a demanding job, running a household and the possibility of romance.

ldemarReviewed in the United States on August 3, 2019
5.0 out of 5 stars
if you've lost someone and are struggling this may give you hope
Verified purchase
I thought this movie was beautiful.

I was a female single parent of 2 girls with no family support and I could identify with the gracelessness of the act and how easy it is to be condemned on every inability to keep all the balls in the air all the time.

As a true story, i thought it was so brave and strong and generous for this man to share the family's journey through the pain, and the healing, to the recovery with all its worts and pimples. BRAVO!!! I really felt encouraged that he was able to maintain a committement to following his own instincts on connecting with this kids despite the vocal disapprovals of his performance from others outside the family circle. Beautiful.

joel wingReviewed in the United States on April 21, 2021
4.0 out of 5 stars
A heartfelt story of love and loss
Verified purchase
Clive Owen is one of my favorite actors and he doesn’t disappoint in The Boys Are Back a story about loss and love. At the start of the film Owen’s wife Laura Fraser dies of cancer. He then has to raise his young son Nicholas McAnulty on his own while they both mourn with the addition of his other teen son George MacKay from a previous marriage.

There are all kinds of touching and heartfelt moments like when McAnulty says he wants to die so he can be with his mommy. Owen also constantly sees and talks to his wife. It’s a mix of joy and pain and a real meditation on life.

Andrea Renee CoxReviewed in the United States on December 9, 2021
5.0 out of 5 stars
One of My Favorites
Verified purchase
This story makes my heart so happy even as I weep for the loss the boys had to deal with. I adore that it's based on a real story. Those are some of my favorite types of films.

stillclickin'Reviewed in the United States on December 3, 2013
4.0 out of 5 stars
For All Audiences-But Especially for Those Who Have Lost a Loved One
Verified purchase
Great Film. It is not a typical film with a "canned" story line. It is very thought provoking (as many of Clive Owen's films are). It doesn't gloss over the great feeling of loss from the death of a spouse or parent. It really moves you through it with the players. They do not come out magically whole and intact. I found myself saying, "Yes, that is exactly what you experience. There is no magic pill for healing the hole in your heart." They do go through the processes of grieving. They do scab-over enough to come back to be among their friends and family. Their journey is worth the viewing and consideration.
One person found this helpful

Sheryl FechterReviewed in the United States on February 18, 2012
5.0 out of 5 stars
"Basically, The More Rules There Are The More Crimes Are Committed!" - Joe Warr
Verified purchase
From the memoir written by Simon Carr and directed by Scott Hicks, this gorgeously filmed (Greig Fraser) movie begins with Joe Warr (Clive Owen) as a happily married husband and loving father to their young son, Artie (Nicholas McAnulty). The family resides in a colorfully shown Australia while he works as an important sports writer. Warr and his wife, Katie (Laura Fraser), are out during one evening and she suddenly drops to the floor without warning. She is terminally ill. A brokenhearted Warr tenderly takes care of Katie along with his son. Clive Owen provides a personally poignant and stirring portrayal of a convincingly take-action husband and father which appears almost effortless.

Their son Artie is a totally free-spirited little boy. He remains aloof to the situation with his mother as she passes away quickly and Warr is left to care for his son, job, home, and to manage everything that he never did before. His mother-in-law, "Nana", is in their home on and off trying to guide Joe in the ways of raising his precocious little boy, who states while in his class at school that "cat food looks better than it tastes". Warr sees things differently while learning to understand all that is involved in the grieving process of his son; anger, outbursts, laughter, indifference, and the closeness that Artie needs.

We quickly understand that Joe was married before and has another son, Harry (George MacKay). He has been at a highbrow prep school and comes to visit his father, who he barely knows and meet his little brother for the first time. The two boys are vastly different coming from two different worlds. Harry first appears disenfranchised with being a part of this new-found threesome until his father is able to smooth over the familial culture shock. He slowly begins enjoying the freedom of finally belonging to his father and Artie in a place that does not carry such staunch rules of decorum. It is lovely to see Harry be the child he really is and slowly grow to love his father and his younger brother. He wants to move there and live with them and Warr agrees. He fiercely loves his two boys in the course of the relationships slowly developing between the three of them.

Everything with this movie is not all sunshine, actually quite the opposite. Warr is forced, by the household situation, to quickly learn how to adapt to being an all around father. He educates himself about caring for Harry while smoothing over years of absence from his life and for Artie as he best sees fit then begins to enjoy his two sons in a whole new light. The movie studies the relationship of parent and child from the father's point of view. It also teaches just how wonderful and difficult a role this is for Joe Warr and single fathers in general while lifting this film to great heights and to a happily refreshing experience.
11 people found this helpful

Amanda EReviewed in the United States on December 7, 2019
4.0 out of 5 stars
Good movie
Verified purchase
Good movie
One person found this helpful

Mimi LarsenReviewed in the United States on December 26, 2019
5.0 out of 5 stars
Great acting
Verified purchase
Great acting, loved this movie!
One person found this helpful

Carolina girlReviewed in the United States on November 17, 2018
5.0 out of 5 stars
My favorite Clive Owen film
Verified purchase
Very heartfelt and believable story - interesting scenery in the outback
One person found this helpful
See all reviews
Back to top
Get to Know Us
Make Money with Us
Amazon Payment Products
Let Us Help You
EnglishChoose a language for shopping. United StatesChoose a country/region for shopping.
© 1996-2022, Amazon.com, Inc. or its affiliates