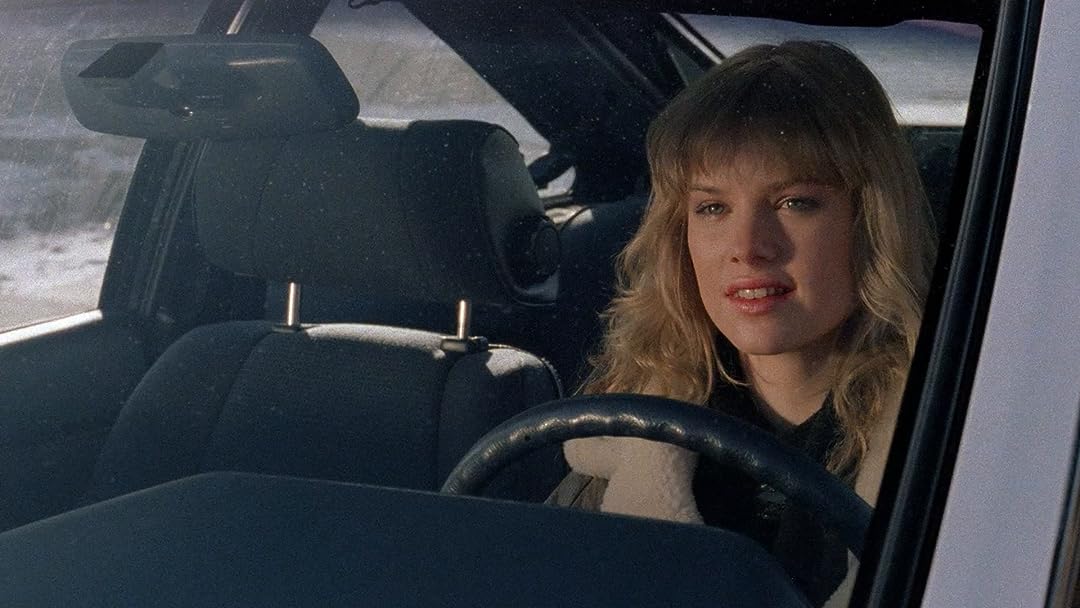 (113)
1 h 31 min1988R
With the help of an alien organism, a man brainwashes audiences through television; a troubled high school student is determined to stop them.

Kevin DudleyReviewed in the United States on May 1, 2019
5.0 out of 5 stars
Scream Factory brings 1988's "The Brain" to blu-ray in style
Verified purchase
The 1988 science fiction/horror film "The Brain" while not being a good movie is still very entertaining. The basic plot involves a television host Dr. Blakely played by legendary actor David Gale (Re-Animator) who hosts a sort of self help show to assist with independent thinking. It turns out however that he is using a creature called The Brain to brainwash and exert mind control over his viewers. The plot is actually interesting but the film is undermined at every turn by a minuscule budget and ham fisted directorial choices along with goofy creature effects. Even though it is a bad movie in my opinion, it transcends its ineptness to become something truly entertaining and unintentionally hilarious. This is due to everyone involved tried to make the best film that they could but failed.

"The Brain" makes its long overdue blu-ray debut courtesy of Scream Factory. Prior to this release the film was only available on VHS and laserdisc as of 1989 and on DVD in the UK as of 2011. Rather than just using an outdated master, Scream Factory went all in on this release in which they did a 4K transfer from the original camera negative. Presented in its original 1.85:1 aspect ratio utilizing the AVC codec at an average bit rate of 35, the film truly looks spectacular. Detail is superb and contrast along with black levels look accurate. Most people used to seeing "The Brain" on crummy VHS will feel like they are seeing it for the first time upon seeing it in restored high definition. (I did confirm with Scream Factory directly that despite the blu-ray itself stating it is a 2K scan from the only surviving film elements, that this was an error and they did go ahead with a full 4K scan of the original camera negative as stated on their web site.)

Sound is presented in 2 channel master audio sounding a bit thin with some hiss at times. This seems to be a result of how the audio was recorded and not a fault of the blu-ray itself. English subtitles are included for the hearing impaired.

"The Brain" will not be for everyone but for those with a penchant for so bad it's great cinema, it is a true cult classic in that regard. Scream Factory gives it a terrific blu-ray release with a bunch of cool extras that makes the disc highly recommended.

Dale GribbleReviewed in the United States on May 5, 2019
5.0 out of 5 stars
Kept My Brain Entertained
Verified purchase
I grew up renting loads of Horror movies from the local Mom and Pop rental store. Not sure I ever saw The Brain sitting there because the cover is kind of plain. It arrived yesterday, I watched it last night, and The Brain is fantastic. Low budget sure, but it's well acted and the plot feels just as relevant to today. It has some great practical effects and everything about it kept me engaged. The Scream Factory Blu-ray looks good, it has quite a few extras too for not being a collector's edition.
5 people found this helpful

Alvino ChavezReviewed in the United States on October 19, 2021
3.0 out of 5 stars
Entertaining despite... pls tell director the thrill of a chase scene is not in its length.
Verified purchase
NOt bad but corny and too many long chase scenes that get boring when it is just more chase, more chase, more chase. Thus, poor use of the time element an boring chase scenes I had to skip through. fake monster but fair story line, could have developed the whole alien monster theme meaning more rather than just chase after chase. Not even exciting chase action either!

Michelle ChapmanReviewed in the United States on July 19, 2019
4.0 out of 5 stars
MAJALESKI!!!!
Verified purchase
If you grew up in the 80s then you you will completely get the humor of the brainwashed parents and overall "so called Dr " opinions about teenage youth especially if you happened to be into punk rock. Can't believe I missed this one growing up but thanks again to SF they found another hidden gem and released a new find for horror and scifi fans. If you're looking for something entertaining and outside of the usual horror realm then this is for you. I'd compare it to Brain Damage as far as the type of film goes. Low budget and fun. Enjoy
One person found this helpful

This was ok. Don't have any nostalgia for it I'm sure that plays into a lot of 5 star reviews.
One person found this helpful

JOSHUA B CRITZERReviewed in the United States on May 4, 2019
5.0 out of 5 stars
Great b horror movie
Verified purchase
This is a wonderful b horror movie which has been remastered and looks amazing and sounds awesome and to round out a great releases it has great extra feature I highly highly recommend this
3 people found this helpful

Douglas DickinsonReviewed in the United States on October 26, 2021
5.0 out of 5 stars
Fun and entertaining!
Verified purchase
I love horror flix from the 80s and this one does not disappoint! Yeah, its totally cheezy and at one point you can actually see the mechanical innards from a human prop in one of the devouring scenes. But that's part of its charm. A+++!

dark toothReviewed in the United States on August 1, 2019
5.0 out of 5 stars
Solid creature feature
Verified purchase
Great picture and sound. Not much blood though the only reason for the R rating because the scientist Vivian is topless on two occasions
3 people found this helpful
See all reviews
Back to top
Get to Know Us
Make Money with Us
Amazon Payment Products
Let Us Help You
EnglishChoose a language for shopping. United StatesChoose a country/region for shopping.
© 1996-2021, Amazon.com, Inc. or its affiliates