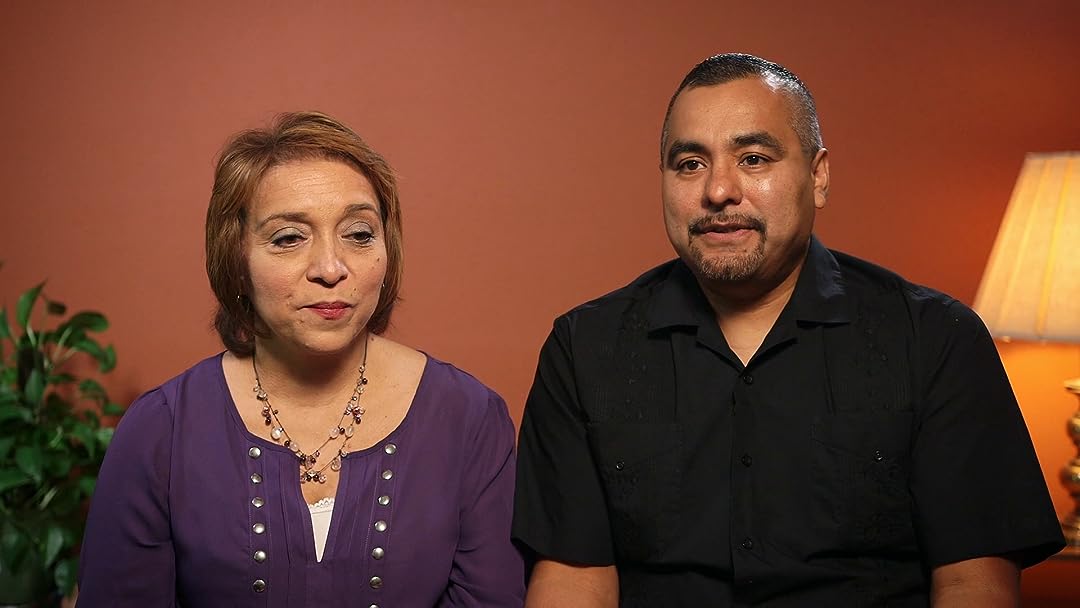 Andrea B.Reviewed in the United States on October 6, 2018
4.0 out of 5 stars
remarkable woman
Verified purchase
This is a great documentary about an inspiring woman with a supportive family. As a teen, she was labeled on youtube as the ugliest woman in the world. Instead of letting herself drown in despair, she decided to meet the hate with positivity and use the bullying and hateful comments to inspire her to improve herself. Just wonderful. Now she speaks to people all over the world, encouraging them to believe in themselves and be positive.

The last part of the movie chronicles her fight to get specific anti-bullying language added to a law that would require schools to do more to fight bullying and report on bullying. What the movie does not show is that this particular bill is being pushed specifically as a bill to stop bullying of LGBTQ people specifically I think that is most likely why the bill is not receiving support, and I think if the movie explained that, people would understand the issue better. If it was a bill promoted to stop the bullying of EVERYONE (because NO ONE should be bullied, LGBTQ or not), then the bill would be an easy pass. Stop bullying? Of course, yes. Easy vote. But the bill is being pushed as a LGBTQ rights sort of bill instead. Google "Safe Schools Act" or "Safe Schools Improvement Act" and the first thing that pops up is a page with a paragraph saying that "The Problem" is bullying of LGBTQ youth and the bill is the solution.

I understand why the movie wanted to portray the bill as a general anti-bullying bill and keep the focus on Lizzie and her efforts, but I think it is somewhat misleading. If the bill was a general anti-bullying bill meant to stop the bullying of everyone, I think it would have passed quickly and easily. Even just one sentence explaining possible reasons for the lack of support might have at least helped viewers understand why it isn't getting passed quickly. It may not be that no one cares about bullying but that the particular narrow focus of this particular bill is what causes the lack of support.

That is a very minor issue in an excellent movie, and it was likely a deliberate choice by the filmmakers to avoid controversy. Overall, the movies does a great job of portraying Lizze and her family and what she has gone through as a person who looks very different form everyone else and who is treated hatefully by some people because of it. Even as an adult with her own youtube channel who speaks all over the world, people send her hateful messages about how ugly she is and that she should die. The way she says positive in the face of that is inspiring.

The DadReviewed in the United States on July 27, 2018
5.0 out of 5 stars
Love Beats Hate; This is an inspiring true story of a life and a heart that refuse to be trampled; Go on Facebook and Friend her
Verified purchase
First of all, Elizabeth Velasquez is a legitimately attractive woman. Despite her genetic health condition, a variation of Marfan syndrome, she has an attractive figure and a beautiful smile. Second, she is a tremendous public speaker with a lovely, charismatic voice and truly inspiring courage, kindness, hope and compassion. She has been attacked by vicious cowards with ignorant cruelty. Her response is to be a more loving, generous woman and to show compassion towards these people. It is an extraordinarily hard thing for many to do. Most people do not ever experience a fraction of the suffering, both physical and social, Elizabeth has experienced in her life. Elizabeth chooses to be happy, kind, optimistic and loving. She celebrates life and offers her wisdom and encouragement and support for others. What a lovely woman and what a miracle she represents!
9 people found this helpful

William T. SimpsonReviewed in the United States on March 10, 2017
5.0 out of 5 stars
Inspiring, Moving, Uplifting, Amazing
Verified purchase
Purchased this as a Christmas gift for my parents and it was a hit. The story is very inspiring and Lizzie is an amazing human. Her story is much more than the issue of bullying and online fame. In many ways her story is the story of all of us and the issues we all face, often alone, even though the issues are common. It is also a story about not simply turning a negative into a positive, but also refusing to allow the negative in life any power to tie up time or resources. It is like a deep breath and calm exhale. There is also information in it that is upsetting. Our elected officials and others still fail to take bullying seriously even after speaking with someone as powerful and eloquent as Lizzie explaining the issue to them in person. If this isn't a must own, it is certainly a must see at least once... and then share with others. So, mostly this is a must own.
3 people found this helpful

AGoodReaderReviewed in the United States on March 17, 2017
5.0 out of 5 stars
Amazing, 10 Star movie
Verified purchase
Exceptional. Should be mandatory for every school, parent etc. to view.
Me. Velasquez is one of the most courageous, empathetic, beautiful people I've has the pleasure of listening to.
Cannot say enough about this movie.
Our society JUDGES people on looks FIRST- that is so very wrong and it is something that is promoted by family, social media, etc.
"Looks are only skin deep".
I encourage every parent to watch this WITH their children.
It shows the depth of how we should not judge people by their appearance
A beautiful, inspiring, heartwarming movie for the family.
Teachers! Take note: Get this movie into your schools. Bullying on any level needs to be halted. Empathy, compassion needs to be enriched.
3 people found this helpful

Shopping123Reviewed in the United States on January 11, 2020
5.0 out of 5 stars
Unforgettable
Verified purchase
When we say things online to hurt the consciousness of our fellow human being, to make their heart bleed as they lose their self esteem. As well as shattering their outlook on hope, is disgusting. Please be reminded that you can defeat your highs that comes in when you insult someone to make yourself feel less insecure about your own self, stop the pointless misery!

Why abandon a chance to become something great with the life you have been given, be genuine! Leave that life of anonymous insults to your fellow person in humanity.

I saw this movie once, possibly more than a year ago, and thinking back now, I feel like it is embedded in my mind. We need to treat each other with decency if not kindness.

M. SextonReviewed in the United States on November 10, 2018
5.0 out of 5 stars
Wonderful & inspiring film!
Verified purchase
I really enjoyed this amazing documentary. I remember donating a few bucks to the project via a crowd sourcing site a few years ago, but never had the opportunity to watch the completed film. It's great! This is truly amazing, and I so much admire Ms. Velasquez and her loving, supportive family. The editing of this film is excellent, too, and it's just gripping. Highly recommended!

Elizabeth PerssonReviewed in the United States on November 26, 2019
4.0 out of 5 stars
The power of believing in yourself.
Verified purchase
An amazing, heartfelt story of a young woman, who, with courageous love from her family, overcame the ultimate horrors of bullying. She didn't shroud herself or her disease but faced it head-on and never wavered from her belief that her true self would shine through the horrible disfigurements she endured. And it did.

Alana N. TaylorReviewed in the United States on October 11, 2015
5.0 out of 5 stars
SO BRAVE & INSPIRATIONAL! GRAB THE KLEENEX!
Verified purchase
Lizzie is one of the most positive & inspirational woman I know. I was bullied as a child throughout elementary school and I am still scarred even at my age of 31. I am so proud of her accomplishments and using all the negativity as a ladder she's used to spread the knowledge and awareness of bullying (especially cyber-bullying). I fully support Lizzie and can't wait to see that ant-bullying Bill pass at Congress!
12 people found this helpful
See all reviews
Back to top
Get to Know Us
Make Money with Us
Amazon Payment Products
Let Us Help You
EnglishChoose a language for shopping. United StatesChoose a country/region for shopping.
© 1996-2022, Amazon.com, Inc. or its affiliates