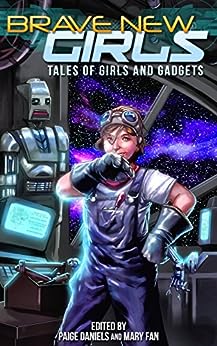 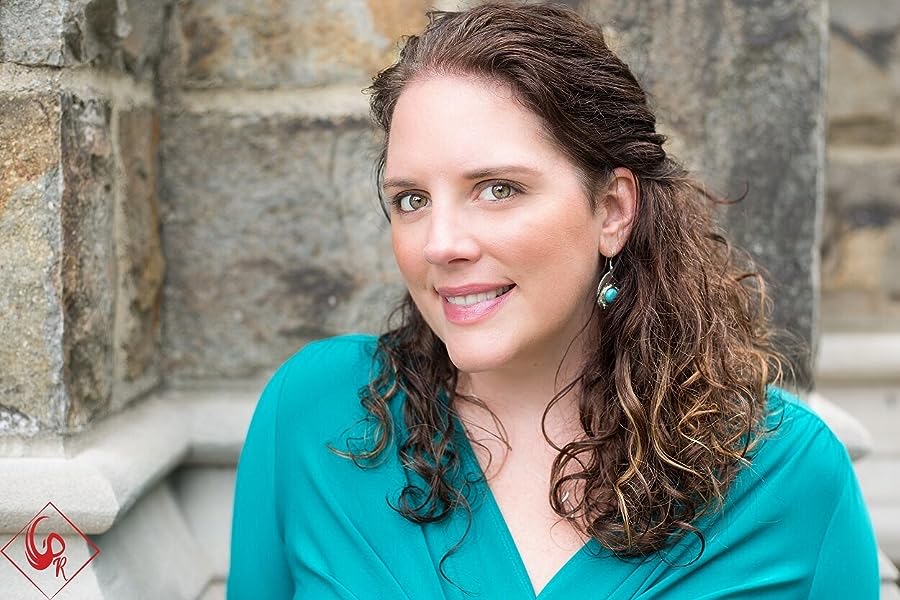 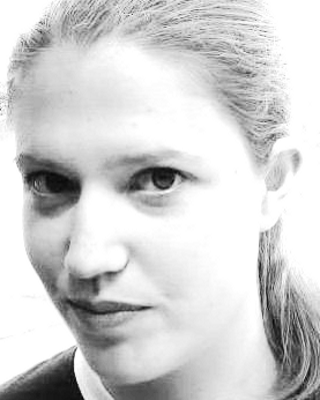 PAIGE DANIELS is the pen name of Tina Closser. She is the author of Non-Compliance, a dystopian cyberpunk trilogy. By day, she works as an electrical engineer and a mom. After the kids go to bed, she rocks out with her headphones turned to eleven and cranks out books. She is an uber science geek who can be found tooling around in her makerspace or coaching robot teams when she's not writing books. If she weren't married to the most terrific guy in the world, she would be a groupie for Adam Baldwin. MARY FAN is a hopeless dreamer whose mind insists on spinning tales of "what if." As a music major at Princeton, she told those stories through compositions. Now, she tells them through books. "Takes a Hacker" is part of the Jane Colt sci-fi universe, which also comprises Artificial Absolutes (Red Adept Publishing, 2013), Synthetic Illustions (Red Adept Publishing, 2014), and Virtual Shadows (2015). Mary is also the author of the Flynn Nightsider and Fated Stars series, published by Glass House Press. --This text refers to the paperback edition.

3.8 out of 5 stars
3.8 out of 5
40 global ratings
How are ratings calculated?
To calculate the overall star rating and percentage breakdown by star, we don’t use a simple average. Instead, our system considers things like how recent a review is and if the reviewer bought the item on Amazon. It also analyzes reviews to verify trustworthiness.
Top reviews

Diane Rapp
5.0 out of 5 stars Grandmothers will want to share this with their girls
Reviewed in the United States on July 9, 2015
Verified Purchase
This is such a clever anthology. I remember growing up in a world where girls were never good at math and science, so I made sure to hide my report card (with its straight As) from friends on the bus. I loved school, excelled at math and science, but felt embarrassed to let anyone know. The most popular girls looked beautiful and tried to sound dumb. UGH! If we'd had stories like the ones in this book to encourage us to stretch our brains and do incredible things, just think how much more we'd have accomplished.

Women fought to be equal in everything and made fantastic strides. Too bad many of their preconceived ideas of which subjects they'd tackle left them out in the cold. As the world changes and girls read incredible stories like the ones in this book, their self images will allow them to tackle any kind of problem with gusto.

I found it interesting that many of the short stories in this collection were written by men. They obviously want their daughters to live in a world where anything is possible for them. Kudos! I'm going to make sure my granddaughter reads this collection. Yes. I'm a grandmother and writer, and I enjoy reading YA fiction because it's full of life. Get a copy of this book for yourself and then share it with your favorite girls.
Read more
10 people found this helpful
Helpful
Report abuse

Roan Reedling
5.0 out of 5 stars Young heroes bright of intellect and spirit
Reviewed in the United States on July 24, 2017
Verified Purchase
I ached to write a review after each of this book's fresh and novel stories. But I stomped on the urge 'cause I itched to witness whether the story that followed would bear out my sense that the next always bested the last. And it did, every time, though I'm positive that would've happened regardless of the order read.
These stories amazed me, one after another, with how much world-building, character development, and human experience the authors could cram into such small parcels of parchment*, on top of the well-plotted tales of their young heroes' brave exploits; young women bright of intellect and spirit. And, though each and every tale brought the hero's quest to a satisfying conclusion, each left me hungry to witness her next move. I'll be on the lookout. In the meantime, I'll have no problem reading them all over again.

*Okay, I read it on Kindle, but parchment's what arced from my fingertips, and I've never been good at measuring cyber-real-estate.
Read more
3 people found this helpful
Helpful
Report abuse

T.O.Powell
4.0 out of 5 stars A Great Collection For Girls & Boys Alike
Reviewed in the United States on March 16, 2016
Verified Purchase
I'm over 60 and a guy so I'm not really the target for this book, but I'm also the father of two well adjusted and self-reliant girls of which I'm very proud. Thus, I'm always interested it stories with strong female leads, and with "Brave New Girls" I was not disappointed.. I gave it 4 Stars but I'm actually calling this 4 1/2 Stars.

From the blurb you can see it consists of several short stories about girls overcoming obstacles and ignoring societal barriers to live the lives they choose. Like all compilations, I felt these stories varied from 3 Stars up to a full 5 Stars, but I actually enjoyed them all. I feel it is a great collection and recommend it to every parent for boys and girls alike.
Read more
2 people found this helpful
Helpful
Report abuse

Stephanie Faris
5.0 out of 5 stars A book of stories about smart, tough, kick-butt heroines who are brilliant with tech!
Reviewed in the United States on December 17, 2015
Verified Purchase
Brave New Girls: Tales of Girls and Gadgets celebrates women and technology. Many of the stories are futuristic but they all revolve around smart, tough, kick-butt heroines who are brilliant with tech. My favorite stories were The Mad Scientist's Daughter, the tale of a young inventor who works hard to hide the fact that her father is a much-hated inventor; Blink, a story about a young girl and a time machine; Lyra, a futuristic take on Cinderella about an artificial-intelligence system that goes awry, and Panic, an all-too-realistic story about being trapped in a crowded room where shooting is taking place.
Read more
4 people found this helpful
Helpful
Report abuse

Lee Murray
5.0 out of 5 stars Refreshing.
Reviewed in the United States on April 19, 2016
Verified Purchase
Great collection of hard sci-fi tales involving well-rounded female and disabled protagonists. Definitely passes the BechdeI Test. I wish there had been work like this when I was younger. Will be checking out these writers for other longer works.
Read more
4 people found this helpful
Helpful
Report abuse

Portista
3.0 out of 5 stars Sci-Fi for kids
Reviewed in the United States on January 26, 2020
Verified Purchase
‘Brave New Girls’ was certainly written for girls (as opposed to adults)— they’re written at a middle school level, and at least the first two or three tales were more about girls interacting with gadgets than about girl gadgeteers. As I’m not a young girl, I stopped reading early on.
Read more
Helpful
Report abuse
See all reviews

di stefano
5.0 out of 5 stars A Brilliant Idea
Reviewed in the United Kingdom on July 3, 2015
Verified Purchase
A brilliant idea / theme and some brilliant stories by interesting writers
Read more
One person found this helpful
Report abuse