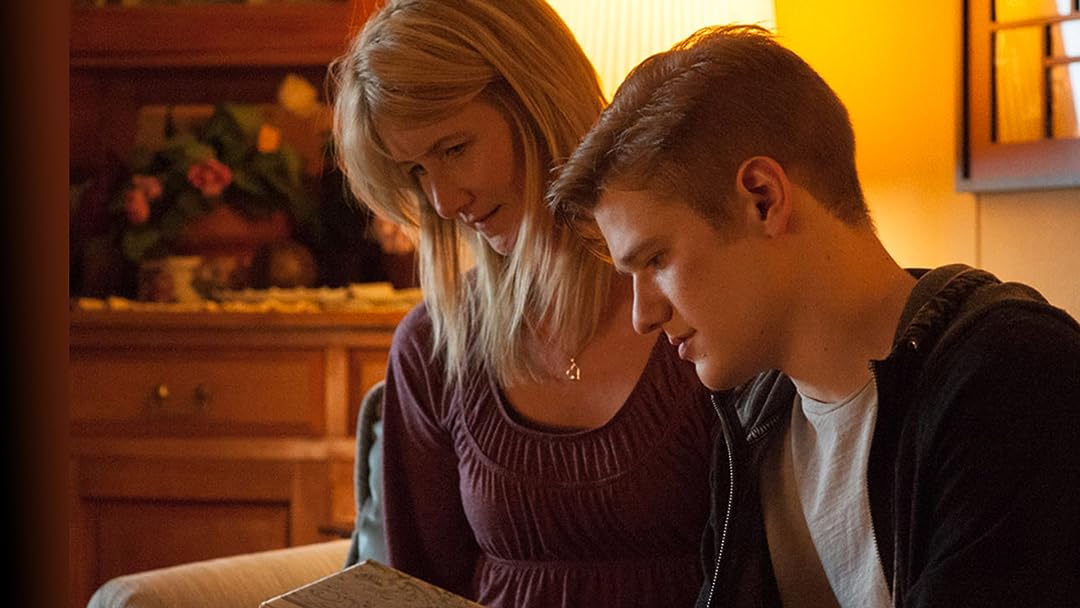 (390)
6.11 h 53 min2015R
After an accidental drug overdose a New York DJ is sentenced to spend a year with his dad in small town Paragon, North Dakota. When he meets Mary, she shows him this small town has more to offer than he could have ever expected.

Julie-AnneReviewed in the United States on June 14, 2020
3.0 out of 5 stars
A Good Movie that Could Have Been Great
Verified purchase
I didn't expect to really like this movie, but have now watched certain parts more than a few times. I would love to see the original script! I suspect key parts were left out in favor of others that weren't necessary. They spent way too much time on the beginning, Josh getting to the town, and on the visits in the counselor's office where nothing happened. As another reviewer said, I did not understand the point of one of the dancers being injured. It took up time and added nothing to the story. The story line with the bully was never brought to conclusion, so why did they even bother? Once the team danced in the finals, they wrapped up the movie VERY quickly. I felt cheated out of seeing the progression of characters, relationships, and an actual conclusion. For example, I noticed the high school DJ was helping at State Finals. How did that happen? We never saw him interact with Josh or the dance team. I REALLY loved the music (and it's not what I would normally listen to, so that's saying a lot) and the dance routines. I've watched them all numerous times. I liked the development of Josh, and wanted to see more. SPOILER ALERT: At the end, Josh tells Mary "I'm not leaving without you." Clearly some parts were cut out because we never saw their relationship develop enough to get to that point. Finally, when the counselor tells Mary he's sorry, and she said "I know," could they not have at least hugged in their shared loss? Another missed opportunity to give some kind of conclusion. I think this could have been a really good movie if the editors and producers had put more of the focus where it needed to be and less on useless scenes.
4 people found this helpful

K. E. StranskyReviewed in the United States on October 25, 2020
5.0 out of 5 stars
A Great Movie About Pain and Healing and the Journey Between
Verified purchase
I am just blown away with this incredible and touching story about a group of people, several family members and an entire town that need to and are dealing with emotional pain. I read some negative reviews and I just need to say that they did not understand the incredibly complex condition of extreme emotional childhood and extreme adult emotional trauma. This story beautifully and gently deals with both and shows especially how childhood trauma impacts kids, teens and then adults. Quite often resulting in anger, violence and addictive coping actions.
The story winds through the interconnected lives portrayed by the incredible ensemble cast of actors,
I give great credit to the writer for the way the story was presented and carried out with great direction. As someone that professionally provides trauma counseling this was not an easy subject to write about and this lovingly presented movie and fantastic cast made this rough subject matter into a warm and wonderful movie that I am now going to watch again.

KaneReviewed in the United States on April 10, 2020
5.0 out of 5 stars
As a Veteran who has lost this movie hit home
Verified purchase
This movie was great, the impactful meaning that only veterans and people who have love and lost or were impacted by the loss of a veteran would understand the real feeling behind this movie. The movie itself was good but the message behind it was what mattered. That even though we have lost and feel pain that others cant comprehend or tell us about we are strong because of them. They are always there with us in life, and it is hard. it is damn hard to keep moving forward, but we aren't doing it just for ourselves we are doing it for the people we lost and the people we still have. Because in the end we're all each other has to cherish the memories and to help each other move forward together. If a family is impacted by a loss veteran or non we should be united in helping them move forward. The government sure wont, it is on as people to help each other move forward.
5 people found this helpful

LD 825571Reviewed in the United States on August 30, 2019
4.0 out of 5 stars
Really was good!
Verified purchase
After reading another review that though the movie was unrealistic because of timelines to get dance routine together and H.S. kids wouldn't really admit to stuff to their counselor... Do not let that deter you from watching this movie. The beginning sure didn't send a good message with the pill popping, but had to get Josh pushed to his Dad's place in the country somehow. The focus of the movie is the H.S. dance team competition that makes this small N. Dakota town's shine for something other than a place to recruit for the Army. I loved the dance routines, the snappy mixes Josh came up with to get the team moving and the final awesome routine that, although we never hear, surely blew away the judges. Well worth the time to sit and watch this alone or with the fam.
3 people found this helpful

the_IRFReviewed in the United States on November 15, 2018
5.0 out of 5 stars
POSITIVENESS
Verified purchase
This is a healing movie. It put something into the air of the world. It puts something into the soul. The movie has established the WhatIsNeeded of letting go and allowing Endings. Do your grief and let it go. What arises from this move was not put there by its screen writer, producer, director, actors, music composer, editors, or anyone else. It got put there because that is how the WhatIsNeeded rule works. There is a new sheriff in town of our new Now, and that is a good thing.
4 people found this helpful

Amazon CustomerReviewed in the United States on April 24, 2017
4.0 out of 5 stars
I like this movie enough to have watched it a few ...
Verified purchase
I like this movie enough to have watched it a few times, but the whole thing is kind of far-fetched. For instance, high school students wouldn't be able to put together multiple dances complete with great moves, music, costumes, and props in a few weeks' time. Also, I never figured out the point of one of the dancers getting hurt and being out for all but the last performance. What was that about? And some of the conversations with the shrink? A real-life Josh wouldn't have admitted flipping for the dance troup made him feel good. Not a hard case like him.
Laura Dern did a fantastic job of being the mom, though. All that said, it's an enjoyable movie and I'd watch it again.
7 people found this helpful

KatReviewed in the United States on June 30, 2018
4.0 out of 5 stars
Its has two different level of messages inside the movie.
Verified purchase
This movie is about how high school kids use dance and music to express their emotions that they can't say verbally to anyone because its hurt too much to deal their issues in life. Unless you have someone close to you that in the wars of Iraq you would not get the second message of the movie.What was portrayed in the movie the pain,checking out of reality, abandonment,anger.anxiety.is real life for soldier dealing family members. I have experienced it first hand myself. There are some military-themed shows I can't watch to this today due to my brother being a soldier serving in Iraq twice. The last dance number of the movie was being dedicated to her brother who died and those who made it back to US but have emotional issues generated from the war. Her mother finally accepted her oldest son was not coming home alive from the war. Her dance movements was a goodbye and I love you. His metal was rung on the limb of tree when he handed her metal the second time when he presented her with the box.
3 people found this helpful

DPMfamilyReviewed in the United States on January 15, 2020
1.0 out of 5 stars
Typical personality "Programing"
Verified purchase
Ever wonder what is wrong with today's younger generation? Look no further its all here. Why are your children so disrespectful? Because they were raised on junk like this. Making the parents look like a bunch of incompetent, deranged, lost souls, and the children are presented as so much smarter, more talented. This garbage is what is turning the kids of today, into disrespectful, and narcissistic minded adults. It has created "The me culture" we are witnessing now.
One person found this helpful
See all reviews
Back to top
Get to Know Us
Make Money with Us
Amazon Payment Products
Let Us Help You
EnglishChoose a language for shopping. United StatesChoose a country/region for shopping.
© 1996-2022, Amazon.com, Inc. or its affiliates