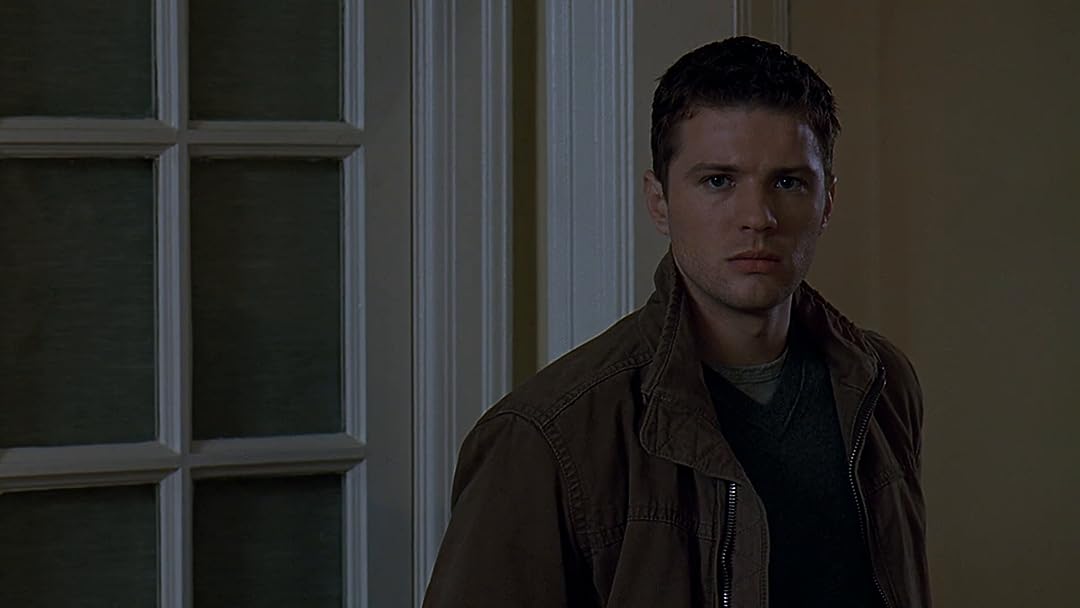 qajaqrReviewed in the United States on July 15, 2018
4.0 out of 5 stars
For a spy film...
Verified purchase
... this one is pretty good. It is about lies, damned lies and betrayal. It is about 2 men doing things neither of them really wanted to do but had allowed themselves to be dragged so deeply into compromising themselves the only way out for either was the hard way out. One was guilty of betraying his country and the other was guilty of betraying his values, but a traitor is a traitor, and the penalties be they personal or public, are severe.
I liked the way this film was acted, I liked the continuity of thought, I liked the lighting and I liked the methodical approaches and the disrupted plans rather than the constant suspense other films of this genre seem to rely upon. This is less intense, but it has its moments. The parts are well cast, the characters are well developed, there is no complex plot, the sound is good, the studio shots are impressive and it's a short look at what could be expected of FBI agents. I liked it.
55 people found this helpful

James ConnellyReviewed in the United States on August 30, 2019
5.0 out of 5 stars
A very good movie
Verified purchase
The story of the FBI cyber-traitor takes place over a few months, but what nerve-wracking months those must have been for Eric O'Neill, the young agent pitted against the nefarious Robert Hanssen. The movie was made before O'Neill's 2019 book "Gray Day: My Undercover Mission to Expose America's First Cyber Spy" and it is very faithful to the narrative and the characterizations in that book. The movie features a sound cast: Chris Cooper gives Hanssen the actor's signature intensity and menace; Ryan Phillippe has been unfairly criticized for being to understated, but that is just the role O'Neill himself had to take to sidle up to Hanssen and expose him. The rest of the cast is quite good, although Laura Linney flirts with some clichés as Kate Borroughs, O'Neill's tough FBI controller, but that may be the fault of an otherwise level-headed and tight script. This is a very good movie.
34 people found this helpful

TulliaReviewed in the United States on July 29, 2018
5.0 out of 5 stars
A Traitor Within!
Verified purchase
"A nation can survive its fools and even the ambitious, but it cannot survive treason from within."--Cicero, Ancient Roman Senator and Orator.

This film opens with John Ashcroft, the U.S. Attorney General, announcing that the United States completed an investigation to end a serious breach in security and arrested Robert Hanssen, a 25 year veteran of the FBI, for espionage. We thus know how this film ends.

Robert Hanssen, played by Chris Cooper, an FBI Top Soviet Analyst is being investigated for downloading pornographic material. Eric O'Neill, an FBI Agent, played by Ryan Phillippe, is assigned to discreetly observe Hanssen and get information on his computer activities. Hanssen is a devout Catholic, and Eric finds it hard to believe that he is a pervert. Eric comes to admire and respect Hanssen. He complains to his superior about being on "perversion detail," as he puts it. His superior, Kate Burroughs, played by Laura Linney, reveals the truth. Hanssen is a traitor.

Robert Hanssen has imparted vast amounts of military data and intelligence to the Russians. He has informed where the president and vice president will be taken in the event of a nuclear attack. He has compromised 50 human sources and brought about the death of three men who were executed by the KGB. He has compromised immeasurable assets. As Kate said, 'It is the worst breach in the history of U.S. intelligence." Moreover, Hanssen is a pervert, despite his devout Catholicism. He tapes his moments that he makes love to his wife and mails it to someone in Germany. Hanssen becomes suspicious that he is being investigated, and he sends a letter to Russia stating that he will no longer accommodate them. The FBI intercepts the letter. Eric, however, is convinced that Hanssen will make one more drop. And he was right.

On February 20, 2001, Robert Hanssen is arrested for treason.

Chris Cooper is outstanding as Robert Hanssen. Ryan Phillippe is also outstanding as Eric O'Neill. Laura Linney, an excellent and beautiful actor in every film she is in, is a cool, professional FBI Agent in this film. Gary Cole and Dennis Haysbert play FBI agents and they are excellent. The supporting cast is also excellent.

Boofus DReviewed in the United States on February 2, 2021
2.0 out of 5 stars
Not At All Convincing
Verified purchase
Right off the bat we learn that Hansen has an uncanny ability to read people especially when they're lying. This gets reinforced when the boy agent tells him the five things about himself, and without a hitch, Hansen says, "Well then, what is your favorite drink." We are impressed because Hanson has demonstrated that indeed he can read people.

Then we watch Hansen get lied to over and over again by someone half his age, who is coming up with lies and excuses that are completely transparent. Anyone would have caught on. Take the scene on the bridge, when the boy runs out of the car pleading with Hansen to take him to the reading room to get some Christian books. The boy couldn't get there himself?

I was hoping that Hansen was playing the boy, and he had known that he was being monitored. And then at the end of the movie he would turn the tables on his pursuers. That plot twist would have made the movie better, but still predictable. It would have been predictable because the idea that the incompetent boy was actually pulling this off was so unbelievable that I couldn't see it coming.

How this movie got more than three stars is a testament to Chris Cooper. He's a good actor in a bad movie.
2 people found this helpful

Charles PhillipsReviewed in the United States on April 2, 2021
5.0 out of 5 stars
The Spy World Goes Around
Verified purchase
I suppose from an intelligence community technical point of view, there are several possible criticisms of the movie, but I don't know how it could have been done better for a lay audience. The acting is great, the characters and dialogue is memorable, the crazy situations that Erik O'Neill escaped from - especially when they were searching Robert Hannsen's car - are fraught drama.

On a personal level, I was just a couple of months away from boot camp when Warrant Officer Walker was arrested and I was appalled by what he did; I have ever since had an interest in Cold War espionage. So here's the connection: Valery Martynov, the 'turned KGB agent' who was exposed by Robert Hannsen and is shown being executed in the film, was the one who exposed Warrant Officer Walker's activities to the U.S. Government just a few years earlier. So both sides were playing this game; the 'assets' the FBI was complaining about disappearing - some of them were 'turned' KGB agents who were being paid by the U.S. government in the same way the Soviets paid Hannsen, Walker, and Aldrich Ames.
2 people found this helpful

Looking4ThingsReviewed in the United States on April 6, 2020
5.0 out of 5 stars
A True Imposter and a Traitor
Verified purchase
What a great film about Richard Hanssen, played by Chris Cooper, who was a spy for the KGB, while being a trusted and seasoned FBI agent. Ryan Phillips plays Eric O'Neill who plays his assistant, but is really a plant to keeps tabs on his every move. I usually find spy films boring and watched this on a whim, but I'm so glad I did, and I've watched this many times sjnce. I love watching movies inspired by true events and this one does not disappoint. Chris Cooper is an outstanding, but a highly underrated actor who is believable in every told I've seen him in. The changes in the relationship between the two was exciting and enjoyable,as is as the intriguing storeline. It was so exciting to watch Phillippe's character because he's always one step away from being caught by Hanssen, who is a lie detection specialist. I was really affected by this film, and I recommend you give it a watch to see if you feel the same way.
6 people found this helpful

joel wingReviewed in the United States on January 28, 2021
3.0 out of 5 stars
Low key story of surveilling a spy
Verified purchase
FBI agent Eric O’Neill (Ryan Phillippe) is tasked with surveilling senior agent Robert Hanssen (Chris Cooper) whose been accused of lurid Internet posts. That’s just a story they told O’Neill to get him to take the job. The movie was based upon a true story of one of the biggest espionage cases in the Bureau’s history.

The movie is a bit odd because O’Neill’s main job for most of the movie is not to investigate Hanssen. That’s done by an entire team. Rather O’Neill’s task is to run interference for that group so for instance he has to slow Hanssen down or keep him somewhere while the group goes through his car, etc. That means most of the story focuses upon the relationship between O’Neill and Hassen. There is no action. It’s all about finding evidence and tripping Hanssen up. It’s very low key and subdued and not your typical spy movie.
3 people found this helpful

R. ShannonReviewed in the United States on July 4, 2018
5.0 out of 5 stars
Excellent film.
Verified purchase
I did not know that. I do not remember having read about this story when it broke.
Excellent film. Chris Cooper's acting is as good as it gets. Laura Linney and Ryan Philippe are also always worth watching, and here they do journeyman work as well. There are a few minutes of when I question the writer or director's craft a bit with some huh? really? he said that? moments that makes we want to give it 4.5 stars. But I will keep it at five in hopes a few more people will discover it.
12 people found this helpful
See all reviews
Back to top
Get to Know Us
Make Money with Us
Amazon Payment Products
Let Us Help You
EnglishChoose a language for shopping. United StatesChoose a country/region for shopping.
© 1996-2022, Amazon.com, Inc. or its affiliates