Ivy and Bean Break the Fossil Record: Book 3 and millions of other books are available for Amazon Kindle. Learn more
Share <Embed> 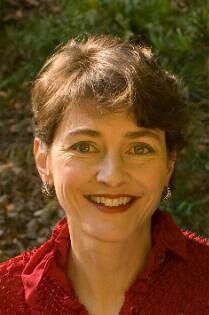 by Annie Barrows (Author), Sophie Blackall (Illustrator)
4.8 out of 5 stars 598 ratings
Book 3 of 12: Ivy and Bean
See all formats and editions
Sorry, there was a problem loading this page. Try again.

Get reading! Collect all 12 books in the Ivy + Bean series!

Best friends Ivy and Bean return for a very welcome third outing. When Bean's desperate boredom forces her to the pages of The Amazing Book of World Records, she determines to break one herself, no matter what. But after her attempt to stuff 257 straws in her mouth falls short by some 217 straws, and her loudest scream fails to shatter her sister's glass octopus, she combines her newfound interest in one-of-a-kind stunts with Ivy's fascination with paleontology to purse dreams of fame in her backyard. Barrows balances the two girls' personalities perfectly, Ivy's quiet studiousness the steady counterpoint to Bean's restless ebullience. The odd happy piece of information "It took [Mary Anning] a whole year to get the whole [ichthyosaur] out. . . . Chip, chip, chip, a tiny bit at a time" is conveyed effortlessly without impinging on the terrifically childlike voice "Lookit! I got one." Blackall's black-and-white spot illustrations share equal billing with the text, punctuating the written narrative with wry, spiky visuals that capture the kids' personalities beautifully. The resolution deflates Ivy and Bean's ambitions but leaves both dignity and enthusiasm intact other record attempts can wait till tomorrow. Just right. -Kirkus Reviews

When Bean's teacher introduces The Amazing Book of World Records, everyone in the second grade vows to set new records. Bean tries stuffing her mouth full of straws, speed washing dishes, and screaming (with predictably disastrous results); finally, Ivy involves her friend in digging for dinosaur bones so they can become the world's youngest paleontologists. Barrows' dynamic duo is as appealing here as in the first two books, and emergent readers willidentify with their outrageous antics. Also intriguing are Bean's sister, Nancy (who never misses an opportunity to put down her sibling), and her ever-supportive dad, whose banana bread fixes almost any problem. -Booklist

Rambunctious second-grader Bean and her more conservative friend, Ivy, are back for another easy-chapter-book adventure. This time, a book of world records gets the class thinking of feats they can accomplish. Bean unsuccessfully (and hilariously) tries to break some records, then decides to be the youngest person to discover dinosaur bones and starts digging in the backyard. Ivy has read a book about Mary Anning, who found a dinosaur skeleton at the age of 12. Anning is held up as a model of patience and perseverance, two qualities from which Bean would benefit. Her father is home during the day, and readers see their wonderful, positive relationship. He supports their efforts and agrees that the bones they ve discovered are mysterious. It's not a terribly original story idea, but Barrows has a fine touch. Blackall's humorous drawings add to the fun. This is a great chapter book for students who have recently crossed the independent reader bridge. -School Library Journal

Annie Barrows has written many books for adults, but Ivy and Bean is her first series for kids. She lives in northern California with her husband and two daughters.

Sophie Blackall is an Australian illustrator whose previous books include Ruby's Wish and Meet Wild Boars. She lives in Brooklyn, New York.
Start reading Ivy and Bean Break the Fossil Record: Book 3 on your Kindle in under a minute.

4.8 out of 5 stars
4.8 out of 5
598 global ratings
How are ratings calculated?
To calculate the overall star rating and percentage breakdown by star, we don’t use a simple average. Instead, our system considers things like how recent a review is and if the reviewer bought the item on Amazon. It also analyzes reviews to verify trustworthiness.
Top reviews

Southern Mama
5.0 out of 5 stars hilarious and good plot
Reviewed in the United States on October 2, 2018
Verified Purchase
These two friends decide they want to be in the Guinness Book of World Records and try different things to accomplish this with insufficient and hilarious results. Finally, they decide to try their hand at being paleontologists and be the youngest on record. They find bones in the backyard but --spoiler alert-- they weren't dinosaur bones. They make the most out of the situation, though, and keep their chins held high in the face of potential ridicule from their classmates. Cute book for second-fourth grade. Gives a little history on the youngest paleontologist that really existed: Mary Anning.
Read more
2 people found this helpful
Helpful
Report abuse

Susie-Q
5.0 out of 5 stars GREAT BOOKS!
Reviewed in the United States on March 4, 2013
Verified Purchase
Bought the entire set as a Christmas gift from Santa for my niece. She is an avid book reader and at 9 years old I want to encourage her to read as much as possible. Kids need to read more instead of sitting in front of the tv. I always encourage her to read and these books she was reading aside from her school work and loved them. Ivy and Bean always have some sort of adventure on their hands so she would tell me all about it after she would read each book. Loved hearing how she was so entertained with these characters.
Read more
One person found this helpful
Helpful
Report abuse

Dragongrl
5.0 out of 5 stars Love this series
Reviewed in the United States on June 15, 2019
Verified Purchase
My daughter is just like Bean haha
Read more
Helpful
Report abuse

Heidi Morgan
5.0 out of 5 stars Great series for girls just starting chapter books.
Reviewed in the United States on January 14, 2014
Verified Purchase
My daughter loves Ivy and Bean. We listened to the first book on audio and my 8 year old was hooked. She just finished this one last night and said the story was great. The books make her laugh and she can't wait to read the next one. I love any series that gets my kids excited about reading. That alone makes this one a winner but I also like the friendship portrayed between the two characters, it's endearing how they learn about one another's quirks and accept each other even though they have very different personalities.
Read more
Helpful
Report abuse

Smithy
5.0 out of 5 stars Fun reading book
Reviewed in the United States on May 23, 2021
Verified Purchase
I bought it for my granddaughter who loves these books!!
Read more
Helpful
Report abuse

Novelist
5.0 out of 5 stars WELL WRITTEN AND RIGHT ON TARGET FOR KIDS 5-10
Reviewed in the United States on October 10, 2007
Verified Purchase
I have been reading the IVY & BEAN series aloud to my 6.5-year-old twins (and their 3-year-old baby sister) and they love it. We are on book 2 and both the text and illustrations are so well done. Bravo to the publisher, the writer, and the illustrators for so elegantly interweaving text and art and dialogue and getting the target audience with no talking down, no bad grammar, no brattiness. . . . Fabulous series. Can't wait for book 4! BRAVO!
Read more
5 people found this helpful
Helpful
Report abuse

chrissieb
5.0 out of 5 stars Ivy and Bean for fun reading for girls and boys of all ages
Reviewed in the United Kingdom on June 14, 2017
Verified Purchase
We enjoyed this book which is part of the Ivy and Bean series. I urge parents to give these a go. My grand daughters are aged 5, 6 and 10 and they all love these stories which are unusual in the naughtiness and have great dialogue and situations they all recognize.
Read more
Report abuse

ruthless
5.0 out of 5 stars Very readable
Reviewed in the United Kingdom on May 11, 2021
Verified Purchase
Great book for a 7 year old documenting 2 little girls and their adventures.
Read more
Report abuse

Aubreykins
5.0 out of 5 stars Good value
Reviewed in the United Kingdom on May 16, 2020
Verified Purchase
Bought for my daughter as she is flying through them.
Read more
Report abuse

Jessica
5.0 out of 5 stars Ivy and bean
Reviewed in the United Kingdom on January 19, 2014
Verified Purchase
I loved this book the reason I am giving 5 stars is because this was a really hard effort to put into a book I want to know how hard is it to become a author best wishes Jessica Simpson
Read more
Report abuse
See all reviews

Tags that will help you discover similar books. 9 tags
in a seriesaction & adventuregrowing up & facts of lifehumorfriendshipliterature & fictionkidsschoolfriendship, social skills & school life
Results for:
Page 1 of 1Start overPage 1 of 1
Previous page
Next page
Where do clickable book tags come from?
Book tags are created from a variety of sources, some of which are customer-generated. Amazon is not legally responsible for the accuracy of the tags represented. If you are an author or publisher and would like to remove a tag associated with your title, please contact your vendor manager or publisher support team.
Pages with related products. See and discover other items: early chapter books, early reader chapter books, california beaches, animal jokes, the good dinosaur books, friends and adventure fiction books
Back to top
Get to Know Us
Make Money with Us
Amazon Payment Products
Let Us Help You
EnglishChoose a language for shopping. United StatesChoose a country/region for shopping.
© 1996-2021, Amazon.com, Inc. or its affiliates