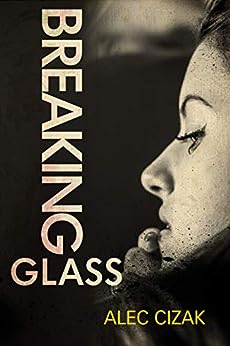 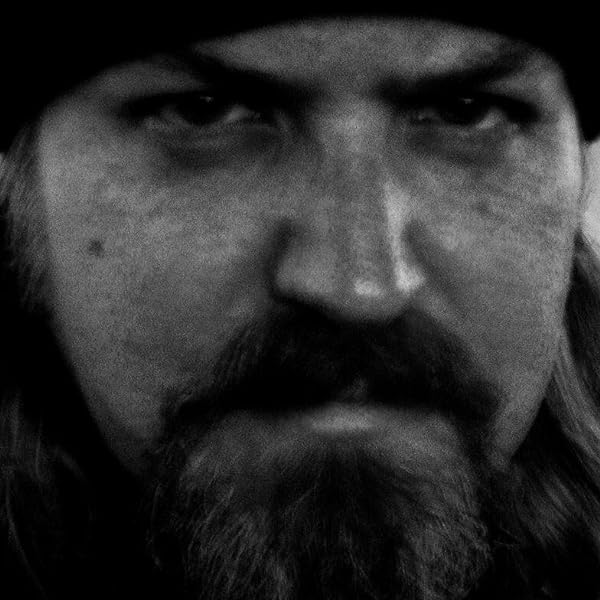 by Alec Cizak (Author) Format: Kindle Edition
See all formats and editions
Sorry, there was a problem loading this page. Try again.
It’s summer, 2016. Chelsea Farmer has awoken from one nightmare into another. Once a call girl with no control over her life, she’s lost even more control, becoming another statistic in the opioid epidemic eating America from the inside out. Shacking up with a woman she may or may not be in love with, and three men unaware of just how useless they’ve become, she participates in home invasions to steal material goods that can be traded for pills or, even better, heroin. In between hits, the gang finds other ways to scrape together money, such as getting paid to march in a protest-turned-riot against presidential candidate Donald Trump. As the habit increases, calls for more crimes to feed it, the boys get increasingly violent with the victims of their home invasions. How long will it be before they actually kill a homeowner who refuses to cooperate? Chelsea must decide whether or not she’s willing to hang around and find out.

“Alec Cizak hits streets we don’t want to live on and he hits them hard. For a writer as good as Cizak, that isn’t enough. Breaking Glass is the story of an addict who stumbles into a chance at recovery only to have her past come back on her. Can she redeem herself while maintaining her newfound peaceful self? This book raises brutal questions and gives the answers it must.” —Rob Pierce

Breaking Glass is so dark and troubling it will make you cry for mercy as he joins Poe and Lovecraft in finding new ways to disturb you.” —David Nemeth

“In addition to containing the single best death scene—ever, in the history of writing—Alec Cizak’s Breaking Glass paints a condemnation and a begrudging acceptance of our post-PC culture, told through the eyes of Chelsea Farmer, a millennial dope fiend. Part Tom Sawyer and part Alex from A Clockwork Orange, Chelsea takes us on a tour of an America where hardcore violence and sickening sexual predation are givens; yet subliminal microaggressions end careers and the definition of rape is as elusive and fluid as a spoon-cooked tab of oxycontin. I was hooked.” —Grant Jerkins

“Alec Cizak’s writing is clean, full of dark humor and pulpy edge; all of which highlights his fast dialogue and faster plot. His expert use of language allows him to build believable, interesting characters and create realistic, though bleak, situations. Manifesto Destination and Down on the Street solidify his position next to the greatest writers of hard-boiled fiction. Every story he creates is thrilling and compelling.” —Marietta Miles
Read more
Previous page
Next page

Alec Cizak is a writer and filmmaker from Indianapolis. His fiction has appeared in several journals and anthologies. He is also the editor of the fiction journal Pulp Modern.

4.5 out of 5 stars
4.5 out of 5
14 global ratings
How are ratings calculated?
To calculate the overall star rating and percentage breakdown by star, we don’t use a simple average. Instead, our system considers things like how recent a review is and if the reviewer bought the item on Amazon. It also analyzes reviews to verify trustworthiness.
Top reviews

RJPetyo
5.0 out of 5 stars Wow
Reviewed in the United States on November 21, 2018
Verified Purchase
As a child, Chelsea Farmer was sexually abused, first by her father, then by her uncle, all while her mother refused to believe what was happening. In her early twenties, Chelsea is addicted to painkillers, prostitutes herself out for drug money and links up with a group of losers who do home invasions to get money for drugs. They even get extra money by stirring up violence at political rallies.

But Chelsea sees herself in another, better life, and as the home invasions begin to grow more violent, she looks for a way out. An opportunity presents itself when her mother, who is remarrying into wealth, seeks to reconcile.

Things are looking up. Chelsea is placed in a rehab program by her stepfather. She begins to view her better life on the horizon.

BREAKING GLASS is a dark and powerful no-holds-barred look at the perils of drug addiction. Chelsea is a loser. Her friends are losers. But the reader can’t help but cheer her on, hoping for a happy ending.
The current political turmoil in this country serves as a background for the novel. It is set during the 2016 election with many political pundits refusing to believe that Donald Trump has any chance of being elected. Chelsea’s step-father, Gordon Lane, has written a self-help book, called “Breaking Glass,” which also has overtones about the political divide in this country.

This is a terrific novel. I’m a fan of noir, and this, though not set on the mean streets— it is set in middle America at a political crossroads— is as noir as it gets, gritty, dirty, real. Wow.
Read more
3 people found this helpful
Helpful
Report abuse

Jim Thomsen
5.0 out of 5 stars A Female HARD RAIN FALLING, a Modern Down-And-Out Classic
Reviewed in the United States on October 6, 2018
Verified Purchase
BREAKING GLASS is an amazing achievement on three levels:

1. It knows so well what being addicted to opioids is like that, how it sinks spider legs and fishhooks into your skin, that one would suspect that a memoir by author Alec Cizak would be just as mesmerizing as this novel, with manages to be moody and broody while somehow being as light on its feet as a strung-out home invader taking command of a terrified houseful of suburban innocents. It pulses with screaming need, with senseless hours, with sharklike resolve.

2. It is the rare novel by a male author with a woman's point-of-view that sidesteps every lazy commercial cliché that most men bring to female characters. Chelsea Farmer, who went from one-week call girl in Cizak's DOWN ON THE STREET to opioid addict, is a sexual object to some, but she's so detached from sexual desire — precisely because of her addiction — that the novel correctly focuses on the blinkered parts of her brain that still occasionally function, the part that wants something better, and the part that knows that she'll probably never get it because she has been reduced to little more than a vehicle for the needs that have annexed her body and soul. And yet ... maybe ....

3. It is a triumph of good writing on a par with Don Carpenter's down-and-out classic, HARD RAIN FALLING, unsentimental and stark and yet with a glimmer of hope for good things someday. In the opening pages, Chelsea Farmer, much older than her early twenties in every way that counts, considers the parallel universes of Indianapolis. She could have married her high-school prom date, now a pharmaceutical executive, she muses. But she didn't, and now, "he'd gone on to become a cyber-security specialist for Eli Lilly and now lived in one of those houses on Meridian Street Chelsea sometimes robbed with Heather and the boys. In a different world altogether, she never got hooked on dope, never moved in with her junky friends and, certainly, never got so broke that she had to steal other people's stuff to get through the night without feeling like bad spiders had placed a thousand fishing hooks in her body and threatened to rip them out at the same time."

BREAKING GLASS is a timeless novel of its time. And, for readers willing to give their empathy muscles an elevated workout, its time is today. Because there are countless Chelsea Farmers out there, and maybe if we can better understand how they came to be, we can understand how they just might be able to move on to something better. All of that, and it's a breathless, exhilarating read, full of stunning twists, unforgettable characters, and broken windows into a world we hopefully never have to see as up close and personally as Alec Cizak has.
Read more
6 people found this helpful
Helpful
Report abuse

Matthew X. Gomez
4.0 out of 5 stars Great stab of modern noir
Reviewed in the United States on January 28, 2019
Verified Purchase
Cizak pulls no punches in this modern noir telling. Chelsea Farmer is in a downward spiral when we meet her, hooked on oxy, looking for heroin, and breaking into rich peoples' homes to fund her next fix. When a chance presents itself for her to get out... she doesn't recognize it for what it is at first, instead looking at it as another way to make buck.
What stands out the most for me is the characters Cizak populated BREAKING GLASS with be it Chelsea's fellow junkies, her self-help stepdad, the woman running the rehab center she finds herself in, and even Chelsea herself. If there's any major complaint is that there is so little light in this novel that it can seem like its playing the same blues note in minor key all the way through. Still, if you're looking for a modern crime novel that doesn't shy from the worst people have to offer, this might just be the novel for you.
Read more
3 people found this helpful
Helpful
Report abuse

J.D. Graves
5.0 out of 5 stars The Road to Hell is Paved With Souls
Reviewed in the United States on March 27, 2019
Verified Purchase
This book will ruin your weekend.

Alec Cizak paints a dark portrait of addiction with vividly textured prose. The overpowering doom present can feel suffocating at times. But Mr. Cizak allows enough moments for the reader to breathe to keep the pages turning. And turn they do towards a harrowing end that must be read to be believed.

This book is a dark compelling work of fiction with enough stark realism to make it both pitiful and believable. Jim Thomsen called it an achievement on three levels...read his review for the details on that...but he is not far off the mark. A story like this seeps into you. It can ruin your weekend sure--but it's wild enough ride you’ll go back for more.
Read more
3 people found this helpful
Helpful
Report abuse
See all reviews