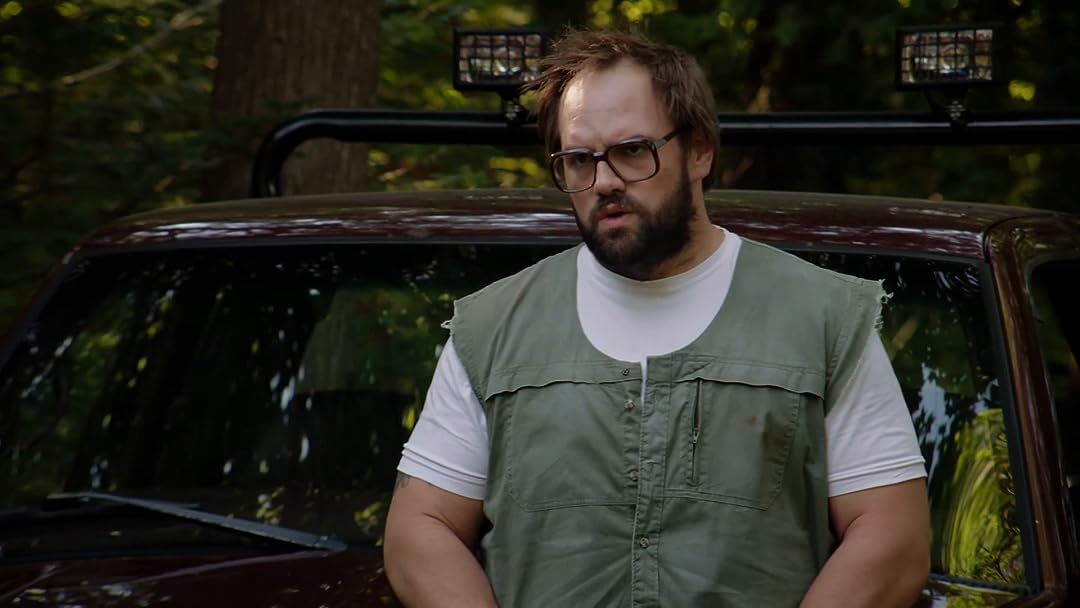 HoppyRooReviewed in the United States on September 6, 2021
2.0 out of 5 stars
Ugggg...
Verified purchase
That was painful...

The camera work and audio are fine... so there's that...

Then everything else about the movie is pretty much a train wreck... It's all implausible to virtually impossible... let's see if we can check off some basic tropes...

I could go on and on... The movie itself is "moderately" suspenseful, and I managed to make it through the whole thing ( even though I kept checking the timer to see how much was left of this trash... )...

This is a bad bad movie... Official recommendation is to skip it... I'm only giving 1.5 stars, rounded up to 2 stars as I've actually somehow seen worse...

Racheljoy ContiReviewed in the United States on August 6, 2021
2.0 out of 5 stars
um, what?
Verified purchase
What did I just watch? I literally rented this because I'm a sucker for Brendan Fraser when he's playing opposite kids (one of my all-time favorite movies is Journey to the Center of the Earth where Josh Hutcherson plays his nephew).
This movie is kind of a mess. It starts slow, but then it started to get interesting and really picked up speed. Brendan Fraser is really good at playing a protective Dad and that really works for the middle portion of this movie. But there are a lot of things that start out good and then become downright confusing and implausible. It's frustrating because the cast has good chemistry, but the script is a mess. I wanted to like this movie, I really did, and I started to - but the ending!! They clearly had no idea how they were going to end it. It almost ends on a positive note, but it just leaves too many questions and there's no explanation for any of it.
I rated it two stars for Brendan Fraser and the kids. Everything else gets zero stars.

BlueSeaReviewed in the United States on October 11, 2021
2.0 out of 5 stars
Implausible to the point of annoying
Verified purchase
This could have been an OK movie, given that it started with a solid cast and a good premise. However, the plot line was just too lazy and riddled with holes that you could drive a ranger's truck through. The hero knives the bad guy but instead of finishing him off leaves him AND his rifle and dashes off into the undergrowth. The mom knows of the whole situation including the fact that someone was dead, but never calls the police. The police never start a manhunt for the escaped convict dad either, so the characters can knife and shoot each other in peace in the forest. Plenty of firepowers is unleashed, but nobody alerts the authorities (no other campers in the whole area?). The family fleeing for their lives burn candles in the dark, apparently unconcerned that the glow may be seen. Phones never go out of charge and guns never run out of bullets. The twist about Kenny and his 'mama' was well done, and drew sympathy, but was overall too little to save an abysmal plot.

Frank DogheartyReviewed in the United States on October 4, 2021
3.0 out of 5 stars
Good for a party game
Verified purchase
Good for a party game, but not much more else. You need to suspend a lot if expectations for enjoying this. And that goes well beyong the scope cover on at 54 minutes:

1. The perps cross the border to Canada (filmed in ONT and supposedly taking place in BC) on a country road. Really?

2. Here is a movie in which ammo never runs short. Five pieces last for 15-30, or if you sish, as long as it takes to finish the movie.

3. An owner confronts two ciminals breaking and entering and allows them to disarm and eventually kill him.

4. One of the perps is stabbed and not finished, but his long gun is left there until further notice.

5. A hunting rifle ammo going through only one victim.

I guess, those are the most conspicuous problems, but there are plenty more and you can start a party game by telling your guests to find the most mistakes! The winner wins the prize for the night! :)

birdwatcherReviewed in the United States on October 29, 2018
4.0 out of 5 stars
Watchable flick
Verified purchase
Not bad, though gets off to a slow start. Has some good action, believable actors, and decent plot. It's much better than the reviews indicate. Some gore, some rough language, everyone keeps their clothes on. It's a keeper to rewatch.
6 people found this helpful

Do BiddleyReviewed in the United States on September 21, 2021
2.0 out of 5 stars
Ridiculously dumb screenplay
Verified purchase
It's hard to watch the silly dialogue and absurd situations these characters find themselves in. Brendan Frasers over acting makes his character completely un believable.

Scott CavinessReviewed in the United States on March 6, 2021
5.0 out of 5 stars
Fun movie
Verified purchase
Fun movie, I enjoy the cast.
3 people found this helpful

MicksterReviewed in the United States on September 20, 2021
1.0 out of 5 stars
Contrived.
Verified purchase
Interesting that the weapons they used never ran out of ammunition. Heck, they didn't even have to reload!
See all reviews
Back to top
Get to Know Us
Make Money with Us
Amazon Payment Products
Let Us Help You
EnglishChoose a language for shopping. United StatesChoose a country/region for shopping.
© 1996-2021, Amazon.com, Inc. or its affiliates