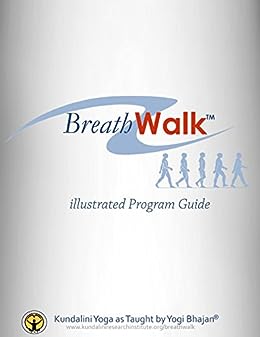 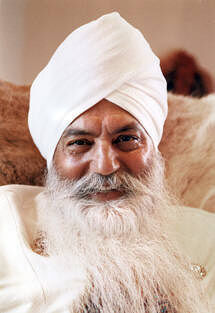 by Yogi Bhajan PhD (Author), Gurucharan Singh Khalsa PhD (Author) Format: Kindle Edition
See all formats and editions
Sorry, there was a problem loading this page. Try again.
Breathing and walking comprise two of our simplest activities, yet they are also two of our most powerful actions. By bringing them together in a systematic and meditative way, we can enhance our physical, emotional, and spiritual fitness. We can tap our vitality to fully enjoy and excel in our lives.

With a series of easy to follow, transformational exercises that combine breathing and walking in very specific ways for specific benefits, Breathwalk teaches us: how to alleviate exhaustion, anxiety, sadness, and other problems to heal physical, mental, and spiritual conflict in our lives to enter a zone of total fitness within our own bodies and minds.

In this simple program that anyone can follow, two of the world’s leading experts in meditation and kundalini yoga reveals the power of this technique. Centuries-old traditions come together with modern scientific research in an effective and enjoyable holistic way to exercise. This practical, insightful guide is a breath of fresh air that can change your life for the better every time you take a step.
Read more
Previous page
Next page

Yogi Bhajan was declared a Master of Kundalini Yoga at the age of 16. He came to the United States in 1969 and openly taught this transformative technology for the next 35 years, until his last breath in Aug 2004.

In the turbulent drug culture of the 70s, Yogi Bhajan first reached out to the youth. He recognized that their experimentation with drugs and "altered states of consciousness" expressed a desire to experience themselves and a longing for family, for connection to their soul and their community. In response to this innate longing, he created a family known as 3HO (Healthy, Happy, Holy Organization). Soon, 3HO ashrams began springing up across the United States and throughout the world.

He sparked a movement whose tendrils have woven their way into numerous aspects of our culture. Yoga and meditation have gained widespread acceptance in the West and the holistic health movement he introduced through diet, herbs, and lifestyle technologies.

Born Harbhajan Singh in what is now Pakistan to a family of healers and community leaders, Yogi Bhajan studied comparative religion and Vedic philosophy in his undergraduate years and received his Masters in Economics with honors from Punjab University. Years later, he earned his Ph.D. in communications psychology from the University of Humanistic Studies in San Francisco. Yogi Bhajan emerged as a religious, community, and business leader with a distinguished reputation as a man of peace, world vision, wisdom, and compassion. He founded several food companies that manufacture and distribute natural products based on these teachings. He fostered economic development in communities around the world. He is also the author of several books on yoga philosophy, business, and communication during his lifetime.

The Kundalini Research Institute continues his legacy through The Yogi Bhajan Library of Teachings, the International Teacher Training in Kundalini Yoga as taught by Yogi Bhajan®, and the publications of lectures and kriyas to serve the community of teachers, students, and practitioners around the world. See www.kundaliniresearchinstitute.org to learn how you can help keep the legacy alive!

marcela
5.0 out of 5 stars I like it very much
Reviewed in the United States on April 23, 2016
I like it very much. Makes moré graphic the instructions of what to do before and after the breath walk
Read more
Helpful
Report abuse
See all reviews