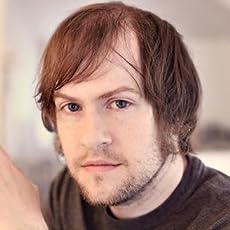 Brian Boone has written for Funny or Die, The Onion, Bunny Ears, Vulture, ClickHole, RiffTrax, CBC Comedy, The New Yorker, MAD, Weekly Humorist, Looper, Someecards, How Stuff Works, and many high profile podcasts. He's the author of many children's joke books, the music trivia title I Love Rock n' Roll (Except When I Hate It) and is a longtime contributor and editor for the Uncle John's Bathroom Reader series. He lives in San Verguenza, California, with his family.
Read more 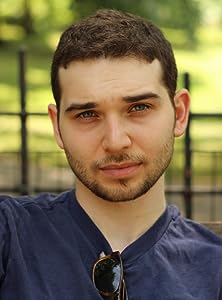 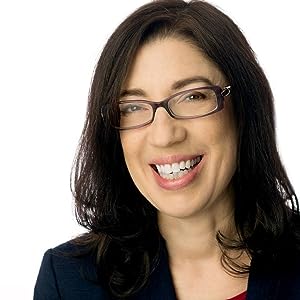 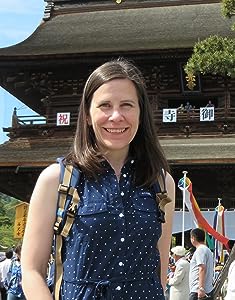 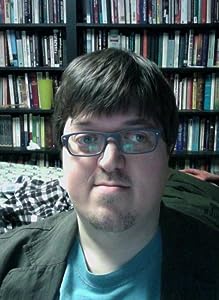 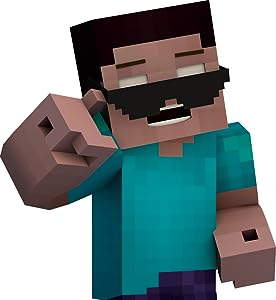 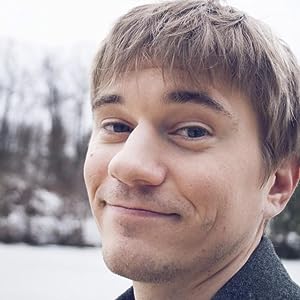 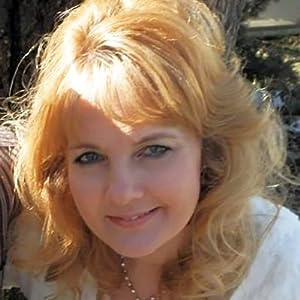 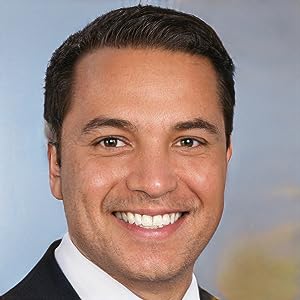 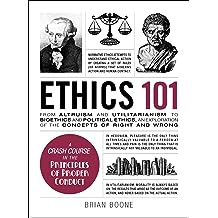 Ethics 101: From Altruism and Utilitarianism to Bioethics and Political Ethics, an Exploration of the Concepts of Right and Wrong (Adams 101) Nov 7, 2017
by Brian Boone
( 69 )
$10.99
Explore the mysteries of morality and the concept of right and wrong with this accessible, engaging guide featuring basic facts along with an overview of modern-day issues ranging from business ethics and bioethics to political and social ethics.

Ethics 101 offers an exciting look into the history of moral principles that dictate human behavior. Unlike traditional textbooks that overwhelm, this easy-to-read guide presents the key concepts of ethics in fun, straightforward lessons and exercises featuring only the most important facts, theories, and ideas. Ethics 101 includes unique, accessible elements such as:

-Explanations of the major moral philosophies including utilitarianism, deontology, virtue ethics, and eastern philosophers including Avicenna, Buddha, and Confucius.

-Classic thought exercises including the trolley problem, the sorites paradox, and agency theory

-Unique profiles of the greatest characters in moral philosophy

From Plato to Jean-Paul Sartre and utilitarianism to antirealism, Ethics 101 is jam-packed with enlightening information that you can’t get anywhere else!
Read more
Other Formats: Audible Audiobook , Hardcover 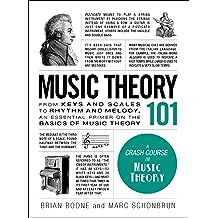 From classical to hard rock, and jazz to hip hop, music is constantly evolving, but many of the basics have stayed the same. Understanding these basics is key to becoming a successful musician and well-rounded music lover.

Music Theory 101 covers everything novice musicians and lifelong learners need to know, including:

Full of music trivia, music history, comprehensive instruction, and visual aids of scales, music symbols, and chords throughout, Music Theory 101 is the essential guide you need for a crash course in music theory that even professional musicians would envy.
Read more
Other Formats: Hardcover 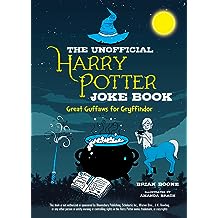 The Unofficial Harry Potter Joke Book: Great Guffaws for Gryffindor Oct 10, 2017
by Brian Boone , Amanda Brack
( 441 )
$6.99
Why did Voldemort cross the road? Because he looks like a demented chicken.

Muggle world got you down? Dark Lord actively trying to end you? Horcrux fell in between the abyss that is your couch cushions? Need some laughter but haven’t learned the tickling charm yet? Don’t worry; The Unofficial Harry Potter Joke Book is here to relieve some of the daily stresses that accompany a life of witchcraft and wizardry. “Tom” Riddles, knock-knock jokes, and plenty of puns: 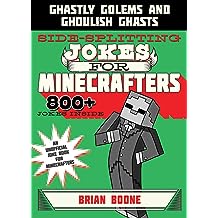 Inside you will find side-splitters such as:

Q: What’s black and white and dead all over?
A: A Zombie in a tuxedo.

Q: Why did Steve search for ore all day?
A: Because he digs it.

For kids ages 5 and up, this book of jokes will have all your friends and family doubling over! Bust out the funniest of these Minecrafter jokes at home or school for endless jokes and fun!

This adventure series is created especially for readers who love the fight of good vs. evil, magical academies like Hogwarts in the Harry Potter saga, and games like Minecraft, Terraria, and Pokemon GO.
Read more
Other Formats: Paperback 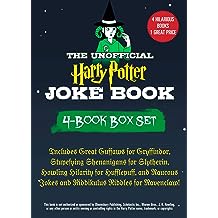 You won’t need the tickling charm after reading this collection! This fantastical box set contains all four of the Unofficial Harry Potter Joke Books: From Dumbledore to Umbridge, from Hogwarts to Hogsmeade, from Harry Potter to Draco Malfoy, every aspect of the Harry Potter universe is contained in these four fantastic books. One-liners, quips, and wisecracks will have you and your friends and family spellbound. So Accio this box set and crack up at the wizard world!

Featuring hundreds of jokes and more than fifty fantastic illustrations, each joke book provides endless amounts of fun and clean humor for readers and fans of the bestselling series. 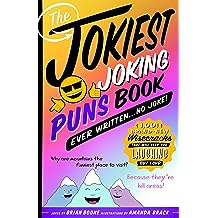 A pun-derful collection of jokes and wordplay for kids

This hilarious collection of puns will delight kids of all ages. Featuring all-new jokes and accompanied by clever illustrations, The Jokiest Joking Puns Book Ever Written will keep kids amused for hours!

What does a house wear?
A dress.

What do you call an alligator in a vest?
An investigator.

The birthday party was a disaster.
Even the cake was in tiers.

What kind of shorts do clouds wear?
Thunderwear. 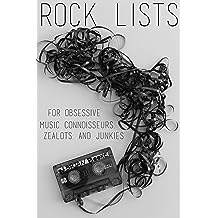 Rock Lists For Obsessive Music Connoisseurs, Zealots, and Junkies Jul 14, 2013
by Brian Boone
( 6 )
$2.99
The most popular, and therefore best, part of Brian Boone’s last book, the bestselling music trivia collection "I Love Rock N’ Roll (Except When I Hate It): Extremely Important Stuff About the Songs and Bands You Love, Hate, Love to Hate, and Hate to Love" was the lists—amusing but factual info bites covering the silly moments, amazing connections, and untold achievements in music history.

Here then is "Rock Lists For Obsessive Music Connoisseurs, Zealots, and Junkies, consisting entirely of quick hits of interesting stuff, with lots of humor thrown in for good measure. Inside are more than 100 brand new fascinating, entertaining, and often absurd lists, articles, and listicles covering the last 50 years of rock and pop. Read about:

• The rock stars who probably murdered someone, and the ones who married their cousins
• The hit songs that never existed
• Great bands named after bad movies, and bad bands named after great movies
• Fans who joined their favorite band
• The pop divas who sang the word “baby” the most times, and the boy bands that sang “girl” the most times
• The guy that was a one-hit-wonder five separate times

And lots more! "Rock Lists" is packed with every obscure item you’ve never wanted to know about popular music, grouped together, presented succinctly, and arranged in column form. You know, lists.
Read more 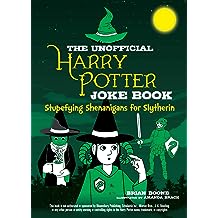 Which Hogwarts professor gets blamed for everything? Professor Snape Goat.

Why did Gilderoy Lockhart team up with Nearly Headless Nick? He needed a ghostwriter.

Did you hear that Professor McGonagall’s animagi and Crookshanks get together and gossip about students? They’re very catty.

Featuring pages and pages of jokes and more than fifty fantastic illustrations for Hogwarts lovers, this joke book provides endless fun. Have all your friends spellbound by hours of laughter!
Read more
Other Formats: Paperback 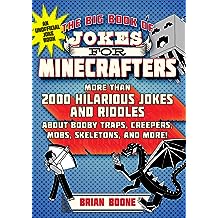 The Big Book of Jokes for Minecrafters: More Than 2000 Hilarious Jokes and Riddles about Booby Traps, Creepers, Mobs, Skeletons, and More! Nov 5, 2019
by Michele C. Hollow , Jordon P. Hollow , Steven M. Hollow , Brian Boone
( 5 )
$14.99
“Dig in” to your favorite Minecraft jokes!
All your favorite Minecraft jokes are now in one place! This collection of three titles from the Jokes for Minecrafters series brings you over two thousand puns, one-liners, and wisecracks about all your favorites from the world of Minecraft. From ghasts and endermen to zombies and creepers, no mob is safe from the punchlines in this laugh-a-minute collection. Included titles are: This ginormous joke book for kids ages 5 and up comes complete with silly illustrations to make these jokes even funnier. Whether you’re at home or at school, you can have all your friends and family in stitches with The Big Book of Jokes for Minecrafters! 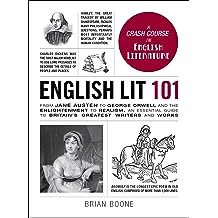 English Lit 101: From Jane Austen to George Orwell and the Enlightenment to Realism, an essential guide to Britain's greatest writers and works (Adams 101) Jan 1, 2017
by Brian Boone
( 11 )
$10.99
A guide to the greats in British literature!

From Mary Shelley's Frankenstein and Charles Dickens' Tiny Tim to Jane Austen's Mr. Darcy and Shakespeare's Juliet, British authors have created some of the most compelling characters in all of literature. But too often, textbooks reduce these vibrant voices to boring summaries that would put even an English dean to sleep.

English Lit 101 is an engaging and comprehensive guide through the major players in American literature. From romanticism to modernism and every literary movement in between, this primer is packed with hundreds of entertaining tidbits and concepts, along with easy-to-understand explanations on why each author's work was important then and still relevant now. So whether you're looking for a refresher course on key English literature or want to learn about it for the first time, English Lit 101 has all the answers--even the ones you didn't know you were looking for.
Read more
Other Formats: Hardcover 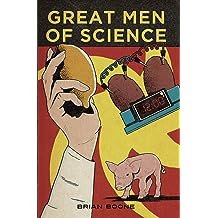 Great Men of Science May 16, 2020
by Brian Boone
( 4 )
$9.99
So things didn't go the way they were supposed to for Albert Malfort. Since his project didn't win the college-capping science fair — he propelled a teacup pig five minutes through time — he didn't land a fancy R&D job at Gray Labs, a think tank and retail juggernaut, nor did he escape the shadow of his father, an insane pariah of science and former Gray Labs employee who badmouthed the boss. Of course, that's all because the smug and wealthy Magnus Riptide destroyed Albert's project; his project proved the charisma reservoir in his brain allowed him to get away with anything. Albert wound up working as a lackey at Gray Labs, until they wronged him, so he stole a bunch of equipment, and conducted another time travel experiment that opened up an intern-swallowing time rift. Reduced to making weaponized robots in his garage for rogue tyrants, Albert gets the opportunity to put his life back on track when he's visited by Magnus, who needs his help. It would seem that Magnus, after accidentally winning a Nobel Prize, discovering a new number, and starring on the hit crime-drama The Scientist, made a miniature, evil clone of Thomas Edison, who traveled back to 1931 (via Albert's time rift) to steal every patent that ever existed. Will Albert and Magnus find a way to stop Edison from ruining science for everybody? Or will they actually work together and become, you know, Great Men of Science (and maybe friends)?
Read more
Other Formats: Paperback 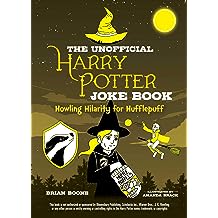 The Unofficial Harry Potter Joke Book: Howling Hilarity for Hufflepuff Sep 24, 2019
by Brian Boone , Amanda Brack
( 37 )
$7.99
Here are hundreds of hilarious jokes, especially for those who believe that they belong in the esteemed Hogwarts House of Hufflepuff (not Gryffindor, not Ravenclaw, and certainly not Slytherin)

Here are hundreds of hilarious jokes from the Harry Potter world for every muggle, wizard, and squib. The Pottermore website allows Harry Potter fans everywhere to be sorted into the house that’s right for them, and now loyal Hufflepuffs everywhere can find themselves in The Unofficial Harry Potter Jokes Book: Howling Hilarity for Hufflepuff. This fourth book will continue the silly jokes, funny art, and hilarious one-liners specific to the most underrated house of all, and to the wider wizard world.

Jokes include clever lines such as:

At least at first, did Cedric like being in the Triwizard Tournament?
Yeah, he could really Diggory it!

What does a Hufflepuff do after a wand duel?
He huffs and puffs!

What kind of cereal do they serve at Hogwarts?
Hufflepuffs.

Why did Professor Sprout take the Herbology job?
She wanted to get back to her roots.

Knock-knock…Who’s there?
Tonks. Tonks who?
Tonks a lot!

Featuring hundreds of jokes and fifty fantastic illustrations, this joke book provides endless amounts of fun for readers and fans of the bestselling series
Read more
Other Formats: Paperback