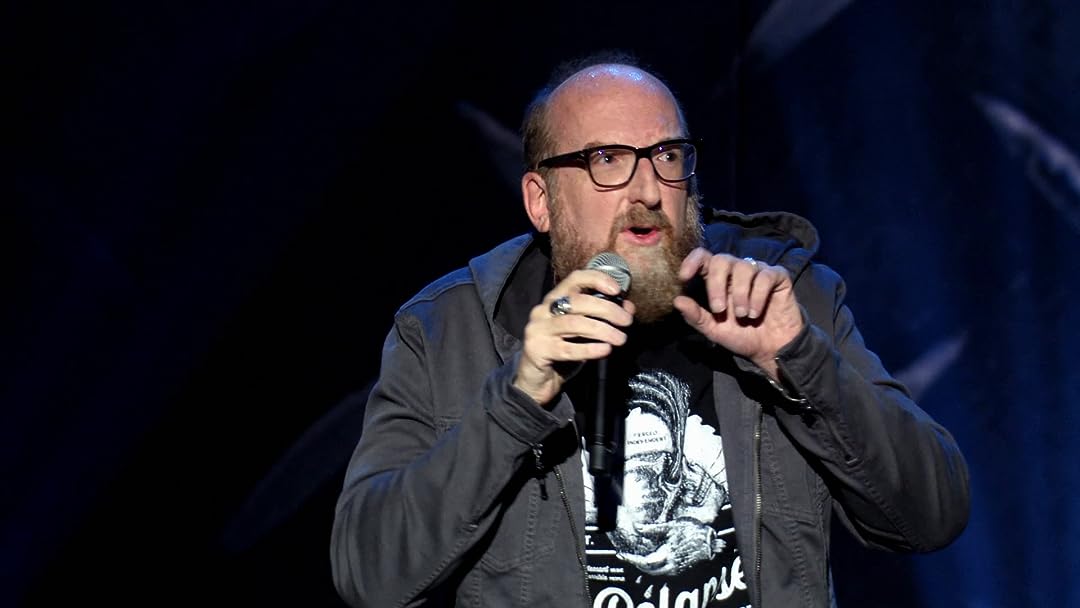 (42)
6.91 h 3 min201718+
In his latest special, Posehn laments the recent loss of his heroes. He also professes re-found love for a certain sci-fi franchise, and manages to rip on a few recent bands like the aging rocker he is. It's personal, silly, profane, dry and screwed up and sometimes all at once. It's Posehn / 25x2.

A and AReviewed in the United States on March 8, 2020
1.0 out of 5 stars
Boring writing that hasn’t been road tested
Verified purchase
Lazy writing. Couldn’t get past 19 minutes. Not because I’m offended but because it’s awful standup.

Alaska bit was useless. Hulk Hogan uninspired but bursting with comedic potential. Then the spider-man bit was equally disappointing. There is so much better writing that could have been written on these topics.

It’s very apparent that he either wrote this once and tested nothing or just doesn’t care.

R.Reviewed in the United States on October 20, 2019
5.0 out of 5 stars
Reminiscence bump! Filthy humor and I love it!
Verified purchase
To start his humor isn’t for everyone. He could be called a ‘lowbrow’ comic, but I mean that in the most flattering way. Sometimes you need a break from listening to Art Blakely and need some Screamin’ Jay Hawkins in your day!

If you’re offended by human nature, immaturity or rudeness don’t watch it!

In my case, I’ve been dealing with a lot of health issues and in dire need of a good hardy laugh. This special delivered. I was in tears during the metal roast bit!

Watched this special and actually caught a similar act while he was in Tacoma years ago. He did the setups differently and added more context to some of the stories (I believe in fear of offending people). I enjoyed the performance I saw in person more but from hearing these jokes multiple times and still getting hardy laughs from me and tears, this is gold!

Listening to 25X2 or the Fartist is like The Ramones Leave Home or Rocket To Russia to me.

Jon MagnusonReviewed in the United States on December 7, 2018
2.0 out of 5 stars
He tries...
Verified purchase
I was hoping for something a little... more intelligent. This isn't very thoughtful humor, and at times just juvenile.
4 people found this helpful

M.D.Reviewed in the United States on March 7, 2018
4.0 out of 5 stars
Starts slow, but there's more than nerd-references here....
Verified purchase
Sarah Silverman's most recent special on Netflix is blisteringly good. She's come a long way from the ditzy chic shtick.

By comparison, there are less huge creative leaps here.

Posehn's still -- ahem -- plowing away at jerk-off stories and nerd/metal references for a crowd who seem happy to go see a guy who's going to namecheck their favorite nerd/metal stuff.

With that said, after a slow start he delivers a few pretty inspired chunks of material, from Hulk Hogan and Star Wars to being an older dad and a breakdown of US politics that would have felt heavy handed coming from a less self-deprecating comedian.

Takes a while to get started, but glad I stuck with it. He's not particularly showy about it, but -- if measured in metal terms -- the riffs are there and he rips a few rock solid solos of his own.
One person found this helpful

Joe EReviewed in the United States on August 9, 2019
2.0 out of 5 stars
Hero of the try-not generation...in the least flattering sense
Verified purchase
If you're in the mood for shattering fine glassware from high-pitched squeaks and you like your humor steeped in "I'm morally better than you because I don't like anything", jump all over this.

I gave it the extra star because he didn't tell any "Guys, don't you hate it when..." jokes in the first ten minutes.

TWWReviewed in the United States on July 13, 2019
1.0 out of 5 stars
Disappointing
Verified purchase
I was expecting something witty / charming / intelligent. Not at all what I got. The language was so foul and the humor so lazy that I couldn't even get all the way through it. Obviously he has an audience, but I am not it.

Adorable IT GuyReviewed in the United States on May 23, 2019
1.0 out of 5 stars
He's funnier on Big Bang Theory
Verified purchase
So unfunny and vulgar. He's no George Carlin, that's for sure. He should have writers write his material - like they do on Big Bang Theory. What a waste of time. Couldn't get through the first 15 minutes watching this "comedy routine". At least now I know not to buy tickets to his shows.
See all reviews
Back to top
Get to Know Us
Make Money with Us
Amazon Payment Products
Let Us Help You
EnglishChoose a language for shopping. United StatesChoose a country/region for shopping.
© 1996-2022, Amazon.com, Inc. or its affiliates