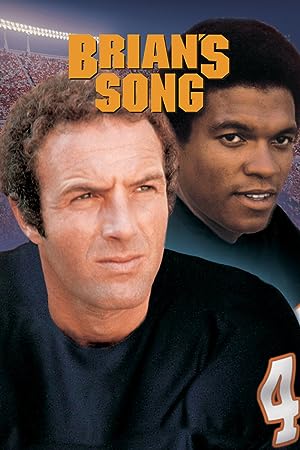 brianReviewed in the United States on March 12, 2020
1.0 out of 5 stars
Such a disappointment DVD don't even work!
Verified purchase
SOOOO UPSETTING. I ACTUALLY GOT MY NAME BRIAN FROM THIS MOVIE. MOM WAS IN LABOR WATCHING THIS IN BACKGROUND IN HOSPITAL AND DECIDED SHE LOVED THE NAME BRIAN. FUNNY THING IS I PLAYED RUNNING BACK JUST LIKE HIM, PLAYED THRU COLLEGE FULL SCHOLARSHIP. I JUST PRAY I DON'T END AS HE DID. ANYWAY BACK TO PRODUCT. I WAS SO EXCITED TO WATCH BUT THE DVD SKIPS AFTER 6/7MINUTES IN I EVEN FAST-FORWARD, TRIED SKIPPING TO NEXT SCENES BUT IT'S A TOTAL LOSS. I WAS GOING TO SURPRISE MOM WITH IT BUT I JUST GOT MOM EXCITED TO JUST LET HER DOWN NOT BEING ABLE TO WATCH. HONESTLY IT'S GONNA COST ME MORE MONEY TO RETURN IT WITH TAXI THEN THE $5 FEE UPS CHARGES TO PRINT IT AT STORE CAUSE I DON'T HAVE PRINTED. I WAS LOOKING FORWARD TO GETTING MORE BUT THANKFULLY I GOT JUST THE 1 TO BAKE SURE IT WAS LEGIT. GLAD I DIDN'T BUY MORE. I GUESS IF YOU CAN CHECK OTHER SELLERS BEFORE USING THESE SELLERS. SORRY TO HAVE TO GIVE THIS REVIEW BUT NOT ONLY LOSING MONEY it's the DISSAPOINTMENT THAT YOU CAN'T GET BACK. SO HOW CAN I GIVE 1 STAR IF THE DVD DON'T EVEN WORK. THEY SHOULD REFUND ME TO MAKE THIS ALL GO AWAY SO I CAN GET ANOTHER. OH WELL.
3 people found this helpful

MovieGuyReviewed in the United States on June 13, 2016
5.0 out of 5 stars
One of the Best Movies Made for TV that I have Ever Seen
Verified purchase
Brian's Song is a made for television movie made for ABC in 1971, that features James Caan and Billy D. Williams.This sports movie is based on the book, "I Am Third", the autobiography written by Gayle Sayres. The story deals with the friendship of future hall of fame running back, Gayle Sayres and his roommate, Brian Piccolo and how they cope with Brian's terminal illness. The movie was such a success for ABC, ABC released the movie to theaters where the movie did no business.
Adapted by veteran screenwriter, William Blinn, A Dallas newspaper critic said that Blinn's screenplay was highly restrained and avoided overt sentimentalityyet conveyed the true friendshio that the men had for each other. In a 2005 Entertainment weekly survey, "Brian's Song" was listed as the 7th best "guy cry" movie ever made.
Note: The movie was remade by Disney in 2001. The remake is not worth watching.
Highly recommended.

Helen E. T. SmithReviewed in the United States on June 10, 2020
5.0 out of 5 stars
Great Movie.
Verified purchase
This movie is so good and so sad. I was about 20 years old when this movie aired on tv. This movie transcends emotions, race, etc. It shows real devotion and friendship all the way to the end. Bravo!!!
5 people found this helpful

LwosReviewed in the United States on November 21, 2019
5.0 out of 5 stars
Another wonderful TRUE Sports Story suitible for Family Viewing
Verified purchase
One of those movies you'll always remember watching. A real tear jerker at the end. Very informative about the status of racial relations during that time and the and unlikely friendship that developed between 2 Chicago Bear football players. Family Friendly with no nudity, no foul language, no sexual scenes. Heartwarming and inspiring film on par with Rudy, The Blind Side, Remember the Titans, The Express and Hoosiers, . Just have tissues ready...…
3 people found this helpful

dxyou23Reviewed in the United States on March 11, 2021
4.0 out of 5 stars
Oldie but a goodie
Verified purchase
I first saw this movie when I was around 9 or 10 I think I came out in the 60s. I guess I was feeling like taking a trip down memory lane and saw it in the Prime video movie choices so I decided to watch it. I'm glad I did because of the very poignant and somewhat sentimental movie, but definitely worth watching. The friendship between Brian Piccolo and Gale Sayers is a very special one. It's worth watching if you're in the mood for a throwback movie that is sports-related and kind of mushy.

Mike BReviewed in the United States on August 28, 2021
5.0 out of 5 stars
Excellent movie
Verified purchase
Probably the best made for TV movie ever, this is quality all the way. Very much a true story of 2 rookies for the Chicago Bears becoming best friends even tho they competed against each other. It is a real fun movie but unfortunately the ending is real life, not all warm and fuzzy like most of us want. Please watch the movie if you've never seen it, it's just that good, and James Caan and Billy Dee Williams are top notch!!!

Michael K.Reviewed in the United States on March 21, 2021
5.0 out of 5 stars
What the games use to mean?
Verified purchase
Very emotional, but one of the best, and not only for the avid football fans? But as a true story, of why athletes use to play the game they Loved. Now, it’s only about, who’s going to pay me the most money!!! Baseball, Hockey, Basketball, and Football, are all now to expensive for a regular Family to even get any tickets for a home game, which is the saddest part. But, the athletes are just as clueless, as all of the politicians in Washington DC, cuz they just suck!!

Ed UyeshimaReviewed in the United States on April 22, 2005
5.0 out of 5 stars
An Amazing Friendship...Emotional Touchstone Finally on DVD
Verified purchase
On the accompanying commentary track, Billy Dee Williams facetiously trivialized this movie as "a nice story about two guys who weren't gay." I can't believe it's been 34 years since I first saw it as a 1971 ABC Movie of the Week. I remember crying like a baby and talking about it with my classmates at school the day after. All these years later, this moving film still makes me tear up. At a mere 73 minutes, it tells the now-familiar story of Brian Piccolo and Gale Sayers, who both joined the Chicago Bears as running backs in 1965. While Sayers proved to be the superior player, Piccolo persevered with good humor and integrity as he helped Sayers recover from a potentially career-ending knee injury. The story is really about how they support and sustain each other, and when Piccolo develops lung cancer, it falls on Sayers to help him through as much as he can. Much of the film's power comes from William Blinn, who wrote a heartfelt, sometimes funny story about friendship and mutual respect without falling into cheap sentimentality, and credit obviously goes to veteran TV director Buzz Kulik, who guides this film expertly to unexpected emotional depths.

The two leads are stellar, and the chemistry between them near-perfect. On the verge of stardom as hothead Sonny Corleone in "The Godfather", James Caan portrays Piccolo as a genuinely likable, funny and determined guy who is convinced he will beat the odds. I doubt if he has played a role since with more emotional honesty, and in such a brief running time, he makes you care deeply about his character. With quiet strength and few words, Williams captures Sayers' initial reticence and increasing bond with Piccolo. In fact, he is responsible for two of the film's most heartbreaking scenes, both where Sayers needed to get out of his awkward comfort zone, first when he tells his teammates in the locker room that Piccolo is sick and then at the second awards banquet when he says with a lack of irony how he loves Piccolo. You are complete stone if you are not moved by these scenes. Jack Warden shows his dependably solid mix of macho gruffness and caring sensitivity as coach George Halas. The wives understandably take a back seat in the story with a post-Elvis era Shelley Fabares effective in her brief scenes as Joy Piccolo and Judy Pace even more in the background as Linda Sayers. Lending welcome realism, several Chicago Bears played themselves, including legendary linebacker Dick Butkus (before he became a TV actor), and the movie smartly includes archival footage of the real Piccolo and Sayers on the field. The beautiful, soaring music by Michel Legrand resonates still, especially the instantly familiar title theme. Keep in mind that "Brian's Song" was a TV-movie (still a concept in its infancy in 1971) made on the cheap with simple, reused sets and periodic fadeouts for the commercials that aired back then. I even recognized the Sayers house as Darrin and Samantha's house from "Bewitched". And truth be told, Caan and Williams looked more like track stars than football players. But the movie transcends those limitations in ways the producers could not have anticipated.

Watching the movie with the commentary by Caan and Williams yields an almost entirely different experience, comically irreverent as if two fraternity brothers reunited. While Williams gets more sentimental about the experience, Caan is flat-out funny as he talks about his fantasy to become a Chicago Bear, how much more athletic he was compared to Williams (which both agree was true), commenting on their physiques at the time, and even speculating some people like Blinn and actor David Huddleston were dead (in fact, they aren't according to imdb.com). Caan also reveals that the movie was made only six months after Piccolo's death and that he felt the weight of his portrayal early on when acting in front of the real Joy Piccolo. There is also a 12-minute by-the-numbers featurette, "Gale Sayers: First and Goal", with the real Sayers, who looks great thirty years later and true to character, doesn't let much emotion show when he talks about his friendship with Piccolo. I'm just so glad they have finally put this on DVD, as this movie was such a powerful touchstone for my generation.

10 people found this helpful
See all reviews
Back to top
Get to Know Us
Make Money with Us
Amazon Payment Products
Let Us Help You
EnglishChoose a language for shopping. United StatesChoose a country/region for shopping.
© 1996-2022, Amazon.com, Inc. or its affiliates