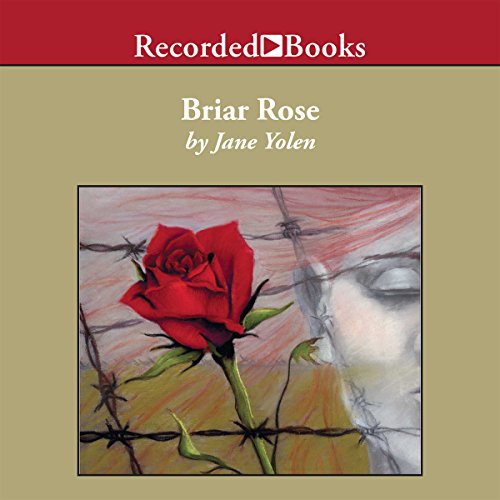 List Price: $20.99
You Save: $3.04 (14%)
By completing your purchase, you agree to Audible’s Conditions Of Use
Sold and delivered by Audible, an Amazon company
Share

4.5 out of 5 stars
4.5 out of 5
253 global ratings
How are ratings calculated?
To calculate the overall star rating and percentage breakdown by star, we don’t use a simple average. Instead, our system considers things like how recent a review is and if the reviewer bought the item on Amazon. It also analyzes reviews to verify trustworthiness.

FrejaFolkvangar
5.0 out of 5 stars Riveting and Powerful
Reviewed in the United States on March 5, 2016
Verified Purchase
This book needs to be in every school in America, whether elementary or college. Far from just "another book about the Holocaust", this book celebrates the power of storytelling as a means of coping and taking control of tramatic experiences. It reminds us that history affects us every day, even if we aren't aware of it. I'd recommend it to any readers/teachers/parents in search of Holocaust/war stories, female-driven/female-centric narratives, family/historical sagas, fairy tales taken in new directions, or just damn good reads. This book easily deserves a place on the shelf or the curriculum with Number the Stars.
Read more
12 people found this helpful
Helpful
Report abuse

MaddalenaC
5.0 out of 5 stars A Fresh Slant on an Old Fairytale
Reviewed in the United States on December 2, 2016
Verified Purchase
I love new slants on old fairytales. This book, sets "Sleeping Beauty" against the background of the Holocaust. It incorporates family history, genealogy, and a most unusual hero prince.
I have read that many survivors of the Holocaust prefer not to talk about their experience. In this case, the survivor turned it into a fictionalized tale that she told to her granddaughters. The youngest is determined to get to the root of her grandma's story.. I highly recommend this book.
Read more
10 people found this helpful
Helpful
Report abuse

Judy K. Polhemus
5.0 out of 5 stars The truth entangled in a fairy tale
Reviewed in the United States on December 7, 2007
Verified Purchase
Gemma's last wish is that grand-daughter Becca find the castle; her dying words are that she is Briar Rose. However, the truth is entangled in the single fairy tale that Gemma tells her three grand-daughters throughout their lives. The tale she tells is not standard fare. This tale is elusive. What does it mean that Gemma is Briar Rose? How could a castle be part of Gemma's past?

The French gave us the word plot through "plait," which refers to the unraveling the reader must do as she reads. Imagine a plait of cloth lying horizontally with the loose part on the left (reading occurs left to right) as a closed book. Open the book, read and unravel, read and unravel. This is the task Gemma has given Becca: Unravel the past. The family knows nothing of Gemma's past. Her only clue is the fairy tale: Briar Rose, a new telling of Sleeping Beauty.

The audience knows the power of fairy tales to hide universal truths, that sometimes an external force, in the form of a handsome prince, defeats evil characters and their spells, and sometimes the inner power of the character is the impetus. Jane Yolen's brilliant retelling of Sleeping Beauty through Gemma's tale, is one novel in the Fairy Tales series begun by Terry Windling, in which writers retell a fairy tale in a modern setting. In this tale is hidden the evil of the Holocaust in one hideous castle run by Nazis, and one princess, Briar Rose, awakened by the power of a kiss. No more than that will I tell.

Yolen employs a favorite literary device in Gemma's telling of the tale. In the beginning chapters the reader is supposedly given the finished plait of the story. As Becca begins her quest in discovering the truth, Yolen begins unraveling the story, revealing one hidden fact, and another, and another, until finally toward the end the story is fully revealed and the reader is left gasping at its truth.

Because Becca is a reporter, she knows how to uncover the truth. With the help of her handsome boss, Becca begins her task. A major truth she learns about him before she leaves for Poland is that he is adopted but had his own quest of learning who his birth mother is. Is it necessary to know this truth? Is it better to leave some truths unknown? This is the crux of Yolen's book: Are there some truths better left unknown? Think of that plait. We read a book because we want to unravel the plot and get at the truth of the story. The handsome boss had to know his truth, Becca had to know her Gemma's story, and in the end learns her own identity.

This is one of the most satisfactory Holocaust novels/stories I have ever read, not because it has a happy ending (it does and it doesn't), but because the way Yolen unravels the truth through first one thread then another. If this seems enigmatic, that is what Yolen wants--sometimes finding the truth is tricky and difficult. For many reasons this is an excellent book for girls 9-12, depending on their maturity. This is not a sanitized Walt Disney Sleeping Beauty, but an old-fashioned one in which evil is what it is, but that truth can be liberating.
Read more
14 people found this helpful
Helpful
Report abuse

E. B.
3.0 out of 5 stars Another Holocaust Story Brought to Light
Reviewed in the United States on May 7, 2012
Verified Purchase
Rebecca has always loved the story of Briar Rose aka Sleeping Beauty, a favorite tale of her grandmother's. Rebecca and her family know very little about this grandmother's past life as she seems to guard it as a dark secret and can tell it only as a fairy tale. When the grandmother dies, Rebecca embarks on a journey overseas to Poland that leads her into her grandmother's past in those dark days when Hitler tried to exterminate the Jews, homosexuals, the mentally impaired, and others deemed unfit to live.
Jane Yolen does a great job of weaving in the story through the fairy tale, but I couldn't help but wish she could have just told the grandmother's story straight out. But I know she did it for a publisher who wanted a series of novels build around those classic fairy tales. She's an excellent writer. My grandkids loved her kids' book titled Sleeping Ugly, another take on Sleeping Beauty.
Eunice Boeve, author of Ride a Shadowed Trail and soon to be released sequel, Crossed Trails.
Read more
2 people found this helpful
Helpful
Report abuse

Drebbles
VINE VOICE
5.0 out of 5 stars Very Moving
Reviewed in the United States on May 27, 2008
Verified Purchase
Growing up, Rebecca listened to her beloved grandmother ("Gemma") recount the story of Briar Rose countless times. As Gemma lies dying, she tells Rebecca that she (Gemma) was Briar Rose and asks Becca to promise that she will look into Gemma's past. Becca agrees and embarks upon a journey to Poland that will open up past wounds but will also lead to a new beginning.

"Briar Rose" by Jane Yolen is a powerful novel about the Holocaust. Set in the present day with flashbacks to the Holocaust, it is an unforgettable story. Yolen skillfully weaves Gemma's recounting of the Briar Rose story with what really happened and it is heartbreaking and moving. The novel is filled with great characters - Becca, who agrees to find out Gemma's story and pledges to do so no matter what; Stan, her editor who encourages her to do so; Magda, the irrepressible Polish girl who helps Becca; Josef Potoki, who fills in many of the blanks in Gemma's life (his story is one of the most moving parts of the book); and of course Gemma herself as her story unfolds. Also playing a powerful part in the novel is the visit to Chelmno - not only the place itself but the reaction of the people living near there to the visitors. Gemma and Josef's stories are moving in many ways - a reminder of how much people lost during the Holocaust. The discoveries that Becca makes about Gemma and also the ones that she is unable to make are heartbreaking, yet heartwarming.

Penelope m Penelope le'Amore
5.0 out of 5 stars Important and good read
Reviewed in the United States on May 25, 2019
Verified Purchase
I think everyone should read this book. A wonderful twist of the fairy tale. Sweet. Sad. Real.
Read more
Helpful
Report abuse

Margaret
4.0 out of 5 stars Good condition but YA book
Reviewed in the United States on March 11, 2019
Verified Purchase
I read this in grade school and loved it. Rereading as an adult, it is definitely a young adult geared novel.
Read more
Helpful
Report abuse
See all reviews

AKEcosse
3.0 out of 5 stars Definitely Junior Lit
Reviewed in the United Kingdom on February 11, 2014
Verified Purchase
I read a list about fairy tales for adults, and this was on it.

Not for adults. At least not this adult. The writing is very basic, the characters are quite simplistic, even those who are supposed to have suffered & harbor secrets &/or depths unknown.

I didn't really care for it, but can see that it might have some value in introducing literature about the Holocaust to young readers. I would encourage my daughter to read this while quite young -- say at 13. However, there are many other books, young adult/junior lit, that are much better at introducing the subject matter.
Read more
One person found this helpful
Report abuse

Larry Bowers
5.0 out of 5 stars Amazing
Reviewed in the United Kingdom on September 11, 2010
Verified Purchase
This book is a stunning collection to my library. Jane Yolen presents a twist to the classic fairytale of Sleeping Beauty, or "Briar Rose", as the tale was originally called. The tale is interwoven in a quest to determine a mysterious Grandmother's heritage, a quest that digs up staggering secrets that some say are best left buried.

In short-brilliant. Go get it :)
Read more
Report abuse

Chris
4.0 out of 5 stars book club
Reviewed in the United Kingdom on September 2, 2013
Verified Purchase
This was a book club read and was enjoyed by everyone.
A familiar fairy tale woven into modern day and the horror of the Holocaust.
The book arrived quickly and in good condition.
Read more
Report abuse