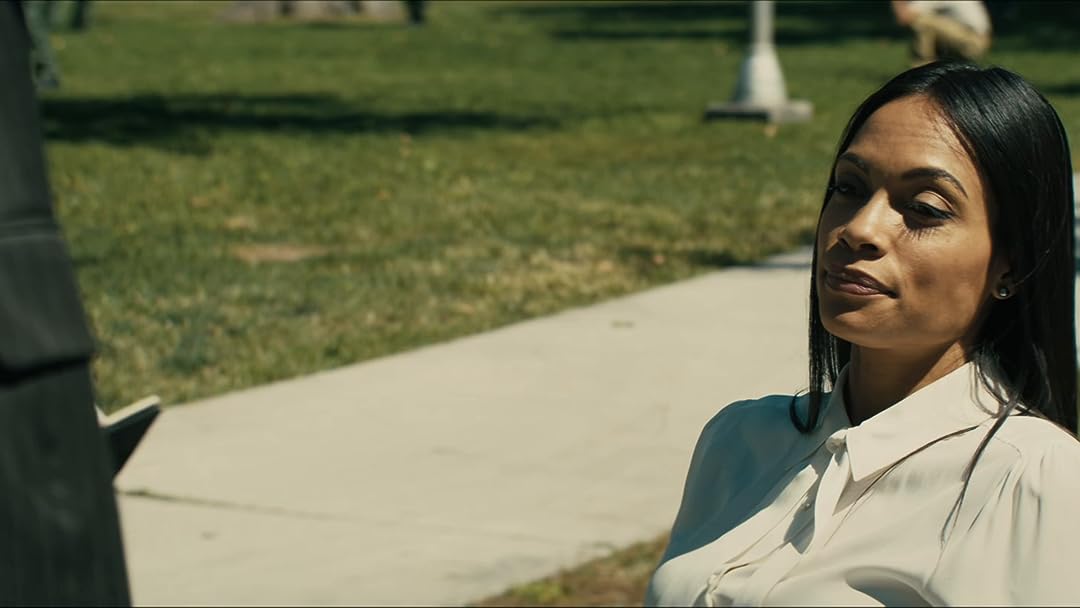 Peter S. BradleyReviewed in the United States on May 31, 2020
4.0 out of 5 stars
Gender-swapped Characters, Powerful Women, and Spoilers.
Verified purchase
I finished off this series and then immediately moved on to read the Ross Thomas book on which it was based. That made for an interesting experience.

All in all, I think I liked the series better.

The series had a great cast that was, in general, well-cast for their roles. Jay R. Fergusson came across as the genuine Texas good old boy, Jake Spivey. Alan Cummings had the requisite degree of classy menace as Clyde Brattles.

Unfortunately, the weak part of the series, for me, was the lead actress. I had some difficulties with Rosario Dawson as the protagonist Allegra "Pick" Dill for most of the series. Her default emotion seemed to be annoyed and it didn't seem that she was genuinely affected by the death of her younger sister, Felicity Dill, not even during the funeral scene where she breaks down and cries. Dawson's acting at that point seemed more inebriated than mournful. In the second half of the series, she seems to become more energized in her search for her sister's killer. Although Dawson becomes more engaged in the story, it still seems that her disgust with her hometown and its inhabitants is the primary emotion she communicates.

Another problem I had - which may tie into Rosario Dawson's generally unpleasant and flat characterization - was the absurd effort to communicate that she was the toughest hombre in town. Consequently, she presented herself as angry, humorless, and mostly a b*tch. This toughness was demonstrated by her general fearlessness but also by her ability to punch out men twice her size. This is not an exaggeration. Rosario Dawson is a slender 5'7" weighing about 100 pounds, but on several occasions, she punches men who approach six feet and height and outweigh her by at least 100 pounds and knocks them downstairs or to the floor or whatever.

This is a bit unrealistic and, unfortunately, results in Ms. Dawson being miscast as an angry, uncaring b*tch since, apparently, that is what "powerful woman who can kick the ass of men twice her size" means.

It was an interesting discovery in reading the book to discover that in the book "Allegra Dill" was actually "Ben Dill."

That's right - the movie genderswaps a male protagonist for a female protagonist. This is all the rage in Hollywood right now, and, unfortunately, it seems that Hollywood feels that it must tear down males to make the females more seem more powerful. In the case of the series, this can be seen with Captain Colder - Felicity Dill's secret fiance, but also a person involved in some kind of unlawful hanky-panky. In the book, Chief Strucker explains how Colder was actually quite effective in doing what he was doing. In the series, Colder is a clown and he is often berated as an idiot by the female Chief Eve Raytek, albeit the series writers put Strucker's speech in Raytek's mouth.

Likewise, Jay Spivey is presented as weak and silly. In fact, in the final episode, Dill and Raytek heap sexist scorn on him, e.g., "It's time for the women to speak" and "You're a greedy boy." I liked the Spivey in the book who seemed funny and clever. I also liked the Dill of the book who seemed more human.

Another interesting difference between the series and the book was the Raytek for Strucker swap. Suffice it to say, there is no Raytek in the book. In the book, Strucker is the one with political ambitions who is the mentor of Felicity. He doesn't get blown up in a self-contained plot element that removes him in favor of Raytek.

So, the book was rewritten to set up two empowered women in the series? Why? Presumably because that's what Hollywood is doing now. I'm not sure that it is necessarily an advance in the art of writing stories.

However, as much as I hated all that, I enjoyed the series. The plot is ornate. There are multiple deaths with multiple killers pursuing multiple story lines. I kept on my toes trying to unravel the mysteries. At the end, I thought that the writers managed to solve all the plot lines, although I still didn't feel particularly warm to Allegra Dill.

road readerReviewed in the United States on May 14, 2020
2.0 out of 5 stars
Shallow Characters, Confusing Plot, Little Redeeming Value
Verified purchase
Just when you think there might be some redeeming qualities to this confusing plot, there's another over the top situation that tries for Tarantino hip. Too bad the actors didn't have a script worthy of their talents. This was just an exercise in 'playing' for them.

MadisonReviewed in the United States on May 24, 2020
1.0 out of 5 stars
HORRIBLE ! Don't waste a penny on this-
Verified purchase
It took days to just get thru episode 1 to see if it got any better... I just gave up w/ the horrific and sick dead cat scene.... WThek? I thought this was part of the Bourne series...it's a sick, sad depressing black and white very very very slow horrific train wreck!

Timothy J. ConnollyReviewed in the United States on May 3, 2020
5.0 out of 5 stars
One prickly situation after another in a hell-hole town
Verified purchase
The stickery plot and circumstances just pull you in...quirky style, engaging camera and editing work...broadly drawn characters and situations and some terrific acting. Soundtrack is awesome! Love the plot twists and feints...can’t wait for season 2.
One person found this helpful

bob s.Reviewed in the United States on July 7, 2020
5.0 out of 5 stars
I will watch every year its that good
Verified purchase
Great dialogue, acting, mystery, great characters. Hard to stop watching.

MarkReviewed in the United States on December 19, 2020
4.0 out of 5 stars
Love the show
Watched the first 5 episodes on peacock, then it all sudden show disappears and shows up on Amazon. but now I have to pay for it when I was already paying for Amazon and peacock. all a racket. You pay for amazon and then pay for a couple of channels and then Amazon wants you to pay for more and more shows or buy more channels time to move on, why I left cable death by a thousand cuts.

ABCReviewed in the United States on March 6, 2021
5.0 out of 5 stars
Rosario Dawson Rocks This
A crime thriller with very dark humor, The music chosen is always wonderfully ironic,

And as a former Texan, I can tell you the absurdity is not exaggerated.
See all reviews
Back to top
Get to Know Us
Make Money with Us
Amazon Payment Products
Let Us Help You
EnglishChoose a language for shopping. United StatesChoose a country/region for shopping.
© 1996-2021, Amazon.com, Inc. or its affiliates