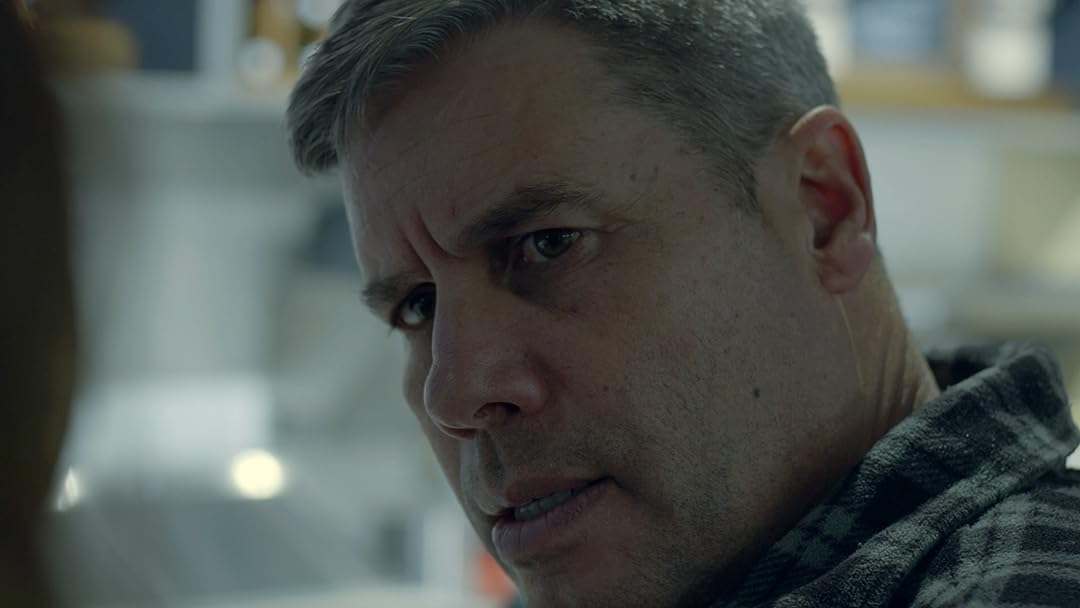 (87)
3.61 h 4 min2021X-Ray13+
The New River Gorge Bridge in West Virginia spans over the Appalachian Mountains and is the world's fourth-largest bridge. It is also inconspicuously becoming the world's most popular suicide bridge. An EMT and a demon hunter investigate the dark reasoning behind the unnerving compulsion that attracts people from all over the world to commit suicide off this bridge.

Marc from Buckeye Country!Reviewed in the United States on March 13, 2021
1.0 out of 5 stars
Terrible movie w/ a DANGEROUS & EVIL message
Verified purchase
***I preface this review with the following: The message in this "movie" is dangerous & evil. It gives this idea that certain people can jump off a bridge to commit suicide and be saved and given a 2nd chance. This is such a TERRIBLE AND EVIL message even though they try to cloak it as some sort of Christian message. ***

I hate to pick on Independent films because they are working with less money and less talent.

That said, this is beyond horrible. Why make a movie about a specific bridge and then show an obviously different bridge and a CGI river when looking down?

There are so many bad scenes but my favorite one has to do with wardrobe. The "demon hunter" used to be a cop and they do a flashback scene where he's wearing a Police uniform. It literally looks like a children's costume with stickers all over it. It was ridiculous.

Thankfully it was only 1 hr long.

***I end this review with this. I felt like killing myself after watching this movie, but unlike the message of this movie that if I have been given a Crucifix necklace, that I can then jump off a bridge and angels will catch me...maybe...I decided that I'd rather live. Thankfully all the bridges are too far from my house***

Ann RamseyReviewed in the United States on February 28, 2021
1.0 out of 5 stars
Nooooo noooo and even more noooos
Verified purchase
This was a terrible movie First off....you have Dean Cain you give him 3 lines at the end of the movie! 2. The bridge in the movie is a true laughable one if anyone has ever seen our real New River Gorge Bridge you will know it is a huge 4 lane bridge with concrete barrier in the middle and you do not see houses on either side 🤦‍♀️ 3. This was just a stupid idiotic movie I watched it so that I could just see how stupid it could actually be!!!! Now with all that being said let’s hope that people doesn’t get the idea of committing sucide from the bridge is so popular that everyone rushes to do it we have enough of that already so peace out and let’s make better choices when making and watching movies! If I could have given this below a one star I would have ! And yes I live in Fayetteville,West Virginia!
17 people found this helpful

MegReviewed in the United States on February 16, 2021
1.0 out of 5 stars
Idiotic. Skip it.
Verified purchase
Bad acting (the character who is supposed to be from England sounds American Southern -rolls eyes-), very slanted story line, idiotic plot (Vatican demon hunter squad being talked about on Vatican tv? C'MON...)... mental illness and suicidal thoughts are not brought about by demons or possession, yawn worthy ohhhh let's mess with a ouija board malarkey... Just skip this totally and look for something else if you want an actual 'horror' movie.
14 people found this helpful

CarollHReviewed in the United States on March 5, 2021
1.0 out of 5 stars
What is going on?
Verified purchase
I spent most of this movie asking what is going on? The movie switched from one random scene to the next with no discernable storyline. I thought it was a documentary in this one church scene at the beginning like showing the community around the bridge then it switched to a video game and some kids in a bunker. Then the kids went to a graveyard. Then they were in a kitchen to a girl on a swing. It was random scene after random scene seeming like a reality show then attempt at a movie. I am not sure how this movie got as high a rating as it did but this is not worth a watch.
11 people found this helpful

Len StonerReviewed in the United States on March 14, 2021
1.0 out of 5 stars
It's a Comedy!
Verified purchase
Here's a movie that can't decide if it wants to be "Scary Movie", "The Exorcist", "The Mothman Prophecies", or a Kirk Cameron religious fiction movie. Fortunately, it's only 65 minutes and by the end of it, you'll wish everyone involved with this movie and jumped off the bridge. You simply can't take anything seriously because of the bad acting by everyone, poor direction, and bad editing. Oh, bad CGI. It ends with a suicide prevention message. I suppose to keep you from committing suicide from watching this dreck. Well, there is a bridge. People come to jump off for no explainable reason. Demons that turn into mist appear to suggest that evil is responsible. There's former cop who's turn into Captain Kronos - Demon Hunter. He's been appointed by the Church to exorcise evil because apparently a priest can't do that. The funniest part of this crap is when Captain Kronos is performing an exorcism, with all his family around, and his daughter is in the bathroom putting on makeup and shaking her head while the lights go on and off. There isn't a real ending, but you'll be glad when it's over. If you can pick yourself up from the floor laughing at how bad it is.
6 people found this helpful

4everFunReviewed in the United States on March 18, 2021
1.0 out of 5 stars
Afterschool special....
Verified purchase
Whoa...the synopsis is very misleading. This is more like an after school special about religion and demons than anything else. It even feels like it was shot back in 1983 to combat devil worship. The acting is about 90 percent terrible, the subject and "after school" feel makes this a very hard film to watch. Watching this film made me want to find the highest bridge in my town and jump to my death on the jagged rocks below.
7 people found this helpful

Christine SanderReviewed in the United States on March 9, 2021
4.0 out of 5 stars
For those that missed the point and still reviewed it...
Verified purchase
This is a spiritually based movie about Good vs Evil, angels vs demons, temptation vs faith. Its not supposed to be a "real horror" movie, nor is it supposed to represent real places/bridges. It doesn't have the best actors but even that isn't the point. This is about depression, the darkness that overtakes so many, and guides them to their demise; about getting help and turning to the church, or just a friend, instead of choosing to jump from a bridge as this movie uses to demonstrate a particular method of suicide. A movie with a moral and not about one's self indulgent evening entertainment.
7 people found this helpful

M. StegemanReviewed in the United States on March 28, 2021
1.0 out of 5 stars
Religious Propaganda
Verified purchase
I turned this on, because it was one of the suggestions after watching a different movie. Since I love horror movies, and the movie that led me to this movie was a horror movie, I was expecting another horror movie. What I got instead was a movie that couldn't seem to go more than 5 minutes without mentioning god.

I really should have stopped watching it after about 10 minutes, but I kept telling myself there would be some horror element... Save yourself some time, and don't watch this. If you want to be preached at there are thousands of churches that can probably do it better.
2 people found this helpful
See all reviews
Back to top
Get to Know Us
Make Money with Us
Amazon Payment Products
Let Us Help You
EnglishChoose a language for shopping. United StatesChoose a country/region for shopping.
© 1996-2022, Amazon.com, Inc. or its affiliates