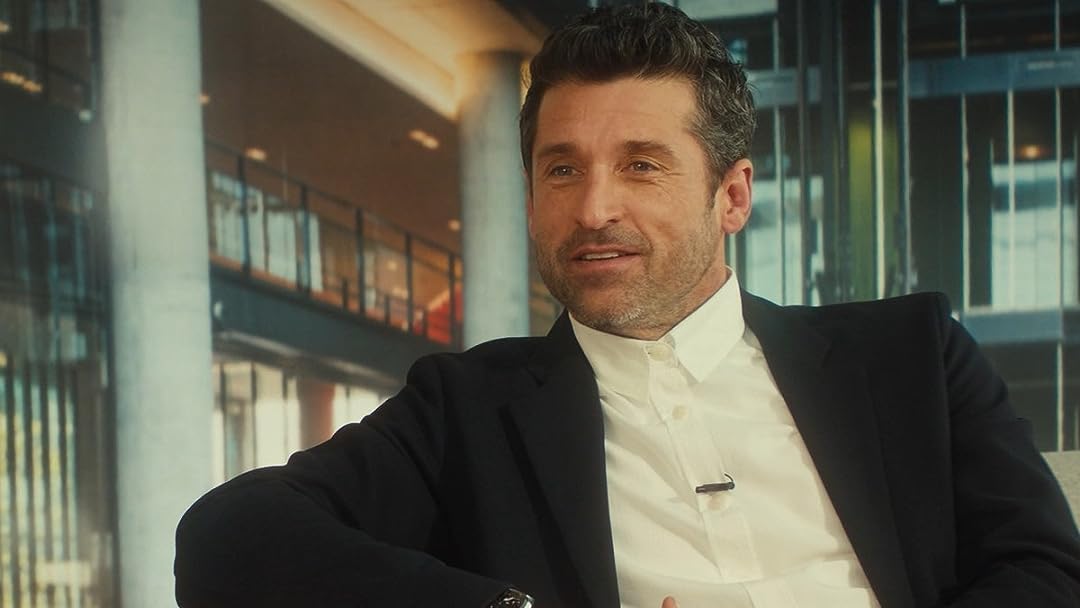 BopbottleReviewed in the United States on December 18, 2016
5.0 out of 5 stars
Great Sequel
Verified purchase
I was worried this might be a silly, over-the-top comedy like the 2nd in the series was, but that is not the case. This is a very sweet movie with lots of funny moments, but Bridget has matured a bit and looks fabulous. I was concerned she would have a different look following much publicized change to the shape of her eyes, but the endearing expressions of Bridget are still there and I never thought about while watching the film. Colin Firth and Patrick Dempsey gave terrific performances and I was especially pleased to see Emma Thompson as the doctor. Her cast of friends were back. I enjoyed this 3rd movie in the series almost as much as the first.
79 people found this helpful

TRVLRReviewed in the United States on December 21, 2016
5.0 out of 5 stars
A slightly more mature but still lovably bumbling Bridget, I really enjoyed it!
Verified purchase
This weekend I finally settled in to watch this movie, having already read the book this one is loosely based upon....and I do say loosely. If you watch this expecting it to be like the book then you are going to be very disappointed. I went in knowing it wouldn't be the same, so I was fine. As always Bridget is her lovely bumbling self, only a bit more grown up and mature this time around. Who is missing, that would be Daniel...but it's okay, they explain why and this gives McDreamy the opportunity to step in and complete the love triangle Bridget always seems to find herself in.

Now, I know there are going to be die-hard Helen Fielding fans up in arms that this movie isn't true to the book but you know what this movie does masterfully do? It actually leaves the potential for another movie open...in order to address the portions of the book that weren't brought into this movie. If you really sit back and think about it after watching it...if you have read the book, you will see exactly what I mean. The portions left out...would actually make a complete separate flick; perhaps that is the intention of the studio? Having wondered that myself and being the curios person I am, I did a bit of research and it seems I'm on to something; there appears to be a fourth film in the works.

Once again we have a very distant Mark Darcy charmingly played by Colin Firth who seems to be learning about how his shortcomings are affecting his life in the long-run and Bridget finds herself continually drawn into situations that have her in just a tad over her head. Now, a well respected television producer, rather than a reporter in a tight skirt sliding down a fireman's pole, she's the one in charge....well, mostly. She does have a real pain of a boss, but her co-workers like and respect her and all of her past friends are around as well, also having matured a bit. Even the foul-mouthed Shaz has a family of her own and has to clean things up a tad.

So, if you are a fan of the past movies, as I have been give this one a go....but as I said, if you have read the book go in with an open mind, it won't be the same and it looks like they will be doing a fourth movie to address those glaring things they didn't include this go-round. I think you'll love this movie as much as I did!

Jack E. LevicReviewed in the United States on January 10, 2017
4.0 out of 5 stars
LIKE CUDDLING YOUR FAVORITE WARM AND COZY BLANKET AGAIN
Verified purchase
I was hesitant to what BRIDGET JONES'S BABY. Sometimes it is hard to revisit beloved friends as their lives have taken a different direction and the years have passed. More than a decade has passed since we last saw Bridget. She is alone again and has a successful career. She didn't walk off into the sunset with Mark Darcy as we all thought. But fate reunites Bridget and Darcy (Colin Firth) for one night just after a one night with dashing American billionaire Jack (Patrick Dempsey).

Two men = one baby and another dilemma for our Miss Bridget. Two great guys both with their flaws and attributes who love Bridget and are overjoyed to be the father, but which one is the father? Yes, it was time to visit Bridget again in this charming, humorous and delightful third installment of her story.

Mark Darcy has aged but is still distinguished in his fight for the underdog. Bridget is older too but somehow her youthful charm still shines. BRIDGET JONES'S BABY brings back all the happy and sad memories we have as we age. It's a time to reflect and to look forward. Emma Thompson (a cowriter of the script) is wonderful as Bridget's daughter who explains the potential problems of a "geriatric" pregnancy as our Bridget is now 43. Bridget's old friends are back and she also has to survive in a world of young hipsters who see the media in a different light.

The bonus features are worth a watch as the cast and crew talks about reuniting and how London has changed since the last film.
I always wondered how authentic Texan Renee Zellweger sounds as a Brit but Firth comments on how she sounds like a lady from Surrey, England. I guess everything falls into place and no one else could be Bridget Jones but Zellweger. Althouh Hugh Grant does not appear in the film, his character is part of a running gag. Here is a charming film that will warm you heart and make you feel that love does exist in the world.
8 people found this helpful

Amazon CustomerReviewed in the United States on April 28, 2021
5.0 out of 5 stars
A Perfect Ending to Bridget Jones's Story
Verified purchase
Patrick Dempsey ages like fine wine and was a good replacement for Hugh Grant who did not want to reprise his role as the cad Daniel Cleaver. I cannot blame him even though his betrayals of Bridget are classic along with the silly middle aged fight scenes with Colin Firth to the classics from the 80s or 90s blasting in the background. This force the producers of this movie to think outside the box including the author who killed off our beloved Mark Darcy.

Yes, the cast has aged like an AARP commercial and yes, Renee Zellweger's face looks different from the surgery she will never admit having. So in the beginning she does not look her best or like her old self. But once she start acting and is walking down the street in a slim black dress to Daniel Cleaver's funeral. She immediately becomes Bridget Jones again. The same with Colin Firth who has also aged but that swagger when he walks into a room or his charming British wit makes Mr. Darcy still the ultimate dream guy. This was a great movie with so many good scenes and it had so much heart and was obviously made with love. It was obvious the cast enjoyed playing these characters again and Patrick Dempsey fit right in naturally. It knew when to be funny, when to be serious, and the touching scenes were written so tenderingly.

Yes on paper, Mark and Bridget do not match but in reality their love crosses boundaries and always find a way. Either guy was right for Bridget. But I was happy with the ending and the ending was perfect for Bridget Jones. I lost count how many times I watched this movie. Not a fan of the sequel which lacked the charm of the original but I love this movie and the original.

What a great story about second chances., old loves, new loves and what makes two people right for one another.

SannaReviewed in the United States on January 4, 2018
5.0 out of 5 stars
Best third installment of any movie I have ever seen.
Verified purchase
Usually second installments, let alone third installments, are pretty bad. However, this movie was the exception to that rule. I loved it. I have seen all three, and although I didn't care for the second one, the third one is just as good, if not,in some parts, better than the first. I saw this in the theater and knew I had to buy it on DVD. It kept up its humor all throughout the movie, and didn't run dry halfway through. The plot kept me interested. Renee Zellweger was her best clumsy, endearing, Bridget-self again, and the storyline was funny. The other thing to note is that you don't have to have seen part one and two, to follow along with this movie. I watched it in the theater twice with different people who hadn't seen the first or the second one, and both said they could follow the storyline and the characters perfectly fine. This is the first time that I am actually rooting for a part four in the Bridget series, mainly because this third one was such a success.
4 people found this helpful

sibylvain83Reviewed in the United States on January 11, 2017
5.0 out of 5 stars
very enjoyable
Verified purchase
I loved this movie. I thought it was hilarious and I laughed out loud several times. People who say the actors/characters are too old - COME ON. People grow up, fall in love, get married, start families in their 40s, 50s and later. Life doesn't end at 30 as a lot of romantic comedies make it seem.
30 people found this helpful

DMReviewed in the United States on December 20, 2016
4.0 out of 5 stars
Liked it!
Verified purchase
I liked it! Was nervous after reading reviews. It did take me a little while to get into it. But I liked it! Renee was great as usual and I loved the other actors, too. I also appreciated that they didn't cover her with gobs of makeup. She looks great. For people who don't like the movie, I suspect they are younger and don't relate to the themes. I'm her exact age (43) and related quite a bit. And both male leads are hawt. :) The first two movies were better in terms of the story. But I still enjoyed this. I do have a particular fondness for romantic comedies.

ETA: Just want to add that it was definitely goofy and pretty predictable. And I recommend a glass of wine. Still, good chick flick.
20 people found this helpful

StormReviewed in the United States on January 10, 2017
5.0 out of 5 stars
LOVE BRIDGET JONES MOVIES
Verified purchase
I'm a HUGE fan of the Bridget Jones movies!!! I feel like Bridget Jones is a version of myself, and it's both comforting and hopeful to feel connected with this awkward, funny, messy, intelligent, messed up, pretty, kind, down to earth woman struggling in her 30's and 40's with being single, dating, finding the right one, feeling lonely, and ultimately, finding happiness and her very own family. Bridget Jones's Baby categorically fits in with the first 2 movies as a feel good movie that I believe many women can associate with today. Love, love, love this film....right along with the first Bridget Jones films. :) Renee Zellweger does a wonderful performance throughout all 3 movies.
2 people found this helpful
See all reviews
Back to top
Get to Know Us
Make Money with Us
Amazon Payment Products
Let Us Help You
EnglishChoose a language for shopping. United StatesChoose a country/region for shopping.
© 1996-2021, Amazon.com, Inc. or its affiliates