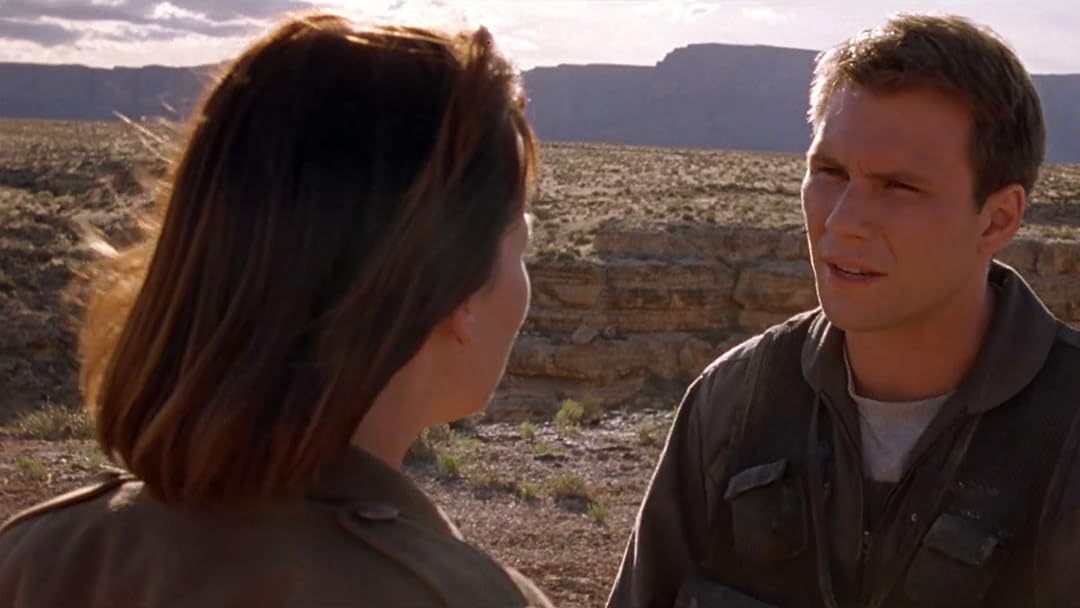 (1,754)
6.11 h 48 min2021R
Two pilots on a mission to deliver nuclear warheads (John Travolta, Christian Slater) are thrown into a game of cat and mouse when one decides to steal the weapons and sell them to terrorists.

Amazon CustomerReviewed in the United States on January 13, 2021
2.0 out of 5 stars
Good action movie, but seriously cheesy
Verified purchase
So predictable- Christian Slater gets to be the hero, because he's invincible. But he must be part cat, or every gun in the story was shooting blanks. And Travolta was his typical self. Every scene in the movie counted down to the last two seconds and then reset. Everybody who was within 100 yards of the action died a horrible death, except for Super Slater and his new girlfriend. I can't believe I spent time watching this....except that I had seen the ending a few years ago but never the first half. Oh well, this is Hollywood. Enjoy.
7 people found this helpful

BixReviewed in the United States on January 27, 2021
1.0 out of 5 stars
Thoroughly Implausible Premise
Verified purchase
I stopped watching after 10 minutes. Why? This film has a stillborn premise.
Yes, I know. The audience is supposed to suspend their reality senses and accept the film's premise. After which, entertainment is possible. In a picture like this, if you can suspend your normal belief patterns during the initial premise, then you might enjoy this film. Alas, with THIS film, it is a matter of simple intelligence, and that's where MOST people SHOULD say, 'hey this is not possible under ANY circumstances'. Water does not flow against gravity. Fire WILL burn if you touch. If you kick the ball it will be kicked. See? Things like that.
In this film during the first 5 minutes you will be ask to accept that the U.S. Air Force would conduct what is known as a hostile RF environment test in an F-17 over Utah, AND carry two LIFE NUCLEAR warheads, similar to the Trident and Polaris missiles (i.e. approx 9.8 Mtons/missile).
It does not take a pro to realise that the story's test is for testing the airplane's ability to NOT be detected by enemy radar, Doppler, Infra-red heat tracing, etc.
There is NO airplane, submarine, carrier or destroyer tests that the combined American military would ever need to conduct with LIVE NUCLEAR warheads. (This goes for Britain, France, Russia, and China, as well) Trust me, it is impossible because it serves no purpose and is dangerous. This is a faulty premise that a ten year old would question.
Professional writers are usually better than this.
Tom Clancy does FAR better job with a story's premise,...until about half way through the flicker (or book), when his idiotic politics take over.
For realism and trade-craft, try John Lecarré. Mr. Lecarré actually worked for the Hone Office, SS Group, (i.e., "MI-6"). Cheers.

Life with TwinsReviewed in the United States on January 23, 2021
1.0 out of 5 stars
Utter Garbage Cheeze factor squared SKIP IT
Verified purchase
The idiocy of this film is epic. What's even sadder is that it's been so highly rated. For what? It's written for the intelligence of a seventh grader. Big ticket actors but so what. The only thing more prolific than the constant profanity is the absurdity of the main characters. Let's punch each others lights out and then jump into a billion dollar airplane; crash, fight some more, rinse and repeat. All the while never being harmed by a hail of bullets unless someone wrote it into the plot that it would land precisely where needed to continue the insanity. The only redeeming value is the heroin Samantha Mathis is not sexualized but actually appreciated for her skills.
4 people found this helpful

joel wingReviewed in the United States on May 29, 2020
3.0 out of 5 stars
John Woo's 2nd Hollywood film proved good but not great
Verified purchase
Broken Arrow was John Woo’s second foray into Hollywood filmmaking. With each release he got a little bit better, which means this movie is good, but not great. It features John Travolta as Major Vic Deakins and Christian Slater as Captain Riley Hale. The former steals two nuclear bombs and the latter tries to get them back. The story focuses upon not only the crime but the rivalry between the two main characters. Deakins feels he is smarter, stronger, and the better person, and Hale is always having to stand up for himself. In fact, the interaction between the two is the best part of the film.
C
6 people found this helpful

Happy Happy Joy joyReviewed in the United States on January 30, 2021
4.0 out of 5 stars
This movie is so stupid, it is funny. It reaches bad funny and never stops.
Verified purchase
This is what a great bad movie is..This is RiffTrax material. Everyone is dead serious and for the time, it seems OK. This has aged so poorly, it is hysterical that anyone can watch the special effects and not role over laughing. Toy planes crashing, toy trains crashing, they could have saved money using Fisher Price toys. But worse then that is the script and action scenes. The opening of the movie literally tells us everything we need to know and who will win. I wonder is the director told them to make sure that the punches that we supposed to land were to miss by one foot?

The key to this movie is to know it is bad and enjoy the horribleness it has to offer.
2 people found this helpful

Catt MarrReviewed in the United States on January 26, 2021
1.0 out of 5 stars
Worst Movie Ever?
Verified purchase
I genuinely can’t understand why this is 4.5/5 on IMDB. I only give 1 star for 2 reasons. 1) I can’t give less stars, and 2) John Travolta is just crazy enough to save this film.
I have never rolled my eyes at the cheesiness of a movie more than I did through this.
Every bad guy gets killed horribly, because yeah! And Christian Slater who isn’t even really convincing as a tough guy, gets to defy the laws of physics and anything realistic to be the super hero.
Awful dialogue littered with the worst dad jokes, dozens of cringe inducing moments, a mostly terrible cast, and an endlessly predictable plot makes for one of the worst movies of all time.
Do yourself a favor and just don’t watch this and if you really feel like you need to, don’t say you weren’t warned.
3 people found this helpful

nik dangerReviewed in the United States on February 9, 2021
2.0 out of 5 stars
Good choreography - wait a second...isn't this an action flick?
Verified purchase
A rogue air force pilot steals nuclear bomb.
The best thing about it are the fight scenes between Travolta and Slater - well rehearsed, I guess, the way they dance around so.
No realsim here, note the commercially avaialable "No smoking" sign on the raft, or the supposed national park service park ranger vehicle with the "Unites States Park Authority" logo and "Patrol Officer" on the tailgate. How about the form fitting waist jacket of the "Patrol Officer". No way that jacket could be buttoned or used to stow anything in.
Finally, no USAF major of any kind, could arm a piece of nuclear ordinance.
Like it's been said... it's all in the details.This films details are seriously bogus
One person found this helpful

demonsRendangeredReviewed in the United States on February 20, 2021
2.0 out of 5 stars
It's watchable but not great
Verified purchase
Once again Amazon's rating system is flawed, requiring me to leave a 2 star review. Yet, I would give this a high 2 star, borderline 3, because I don't dislike this movie but it certainly has it's flaws. As other reviewers have mentioned, the premise is pretty ridiculous. Aside from that it still manages to be entertaining for the sake of being entertaining.

I actually didn't mind that the premise of the movie was silly. My gripes are more about the movie score and some of the camera shots. I'm just a little picky about action movies. It's still not as bad as many modern day action movies with the standard zoom in slow motion 360 degree action shots. And the score itself is fine but could be better. I think the cheesiest score in my book still goes to The Rock.

In the end I think it was the cast that saves this movie for me. I enjoyed seeing Travolta and Slater in a flick together. The rest of the crew was picked pretty well too. It's something I don't mind rewatching for the sake of it while I'm eating. I don't have to pay attention too closely and when I'm done eating I can stop watching and move onto something else.
See all reviews
Back to top
Get to Know Us
Make Money with Us
Amazon Payment Products
Let Us Help You
EnglishChoose a language for shopping. United StatesChoose a country/region for shopping.
© 1996-2022, Amazon.com, Inc. or its affiliates