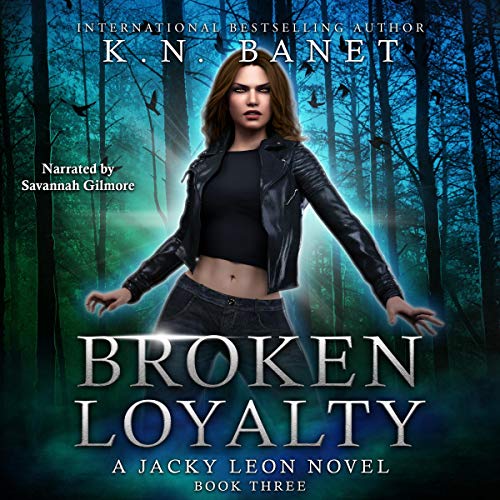 4.7 out of 5 stars
4.7 out of 5
431 global ratings
How are ratings calculated?
To calculate the overall star rating and percentage breakdown by star, we don’t use a simple average. Instead, our system considers things like how recent a review is and if the reviewer bought the item on Amazon. It also analyzes reviews to verify trustworthiness.
Top reviews

30 Book A Month Reader
5.0 out of 5 stars Best Paranormal Series since Kate Daniels
Reviewed in the United States on April 15, 2020
Verified Purchase
Third book in a series about werecat, Jacky Leon. You should definitely buy and read the other two books, because it is a continuing series, and you will feel left out if you don't come to know and love the secondary characters.

We open with Jacky's lovely family deciding to send her help to run her bar. As you can imagine, this didn't go over well, as werecats are solitary creatures who don't like being told what to do. (Imagine your average housecat. Lol) The beginning of the book was a little slow getting started but it was necessary to the eventual action in the book. The thing I really like about Banet is she doesn't write fairy tales and pixie dust. In this book, Jacky is kidnapped, beaten and starved and Banet doesn't hesitate to take you there. The developing romance between her and Heath is a slow burn that is handled very well.

Due to the kidnapping (and I can't tell you why or who without spoilers), Jacky's werecat family becomes involved and we get to see them in action. We start to see more of their individual personalities, and learn some of their secrets. The secondary characters are just as interesting as Jacky, and I simple can't wait for Book 4.

This is an awesome, deep, rich series. While I have run into some excellent reading, this series is the closest if not equal to the amazing Kate Daniels' series by I. Andrews. I started this particular book at 12:30 a.m., and finished it this morning at 5:00. Don't do what I did. Start it in the afternoon. LOL. I highly recommend the entire series, and I wish Banet would write Book 4 immediately, if not sooner.
Read more
11 people found this helpful
Helpful
Report abuse

JA
5.0 out of 5 stars Fantastic
Reviewed in the United States on April 21, 2020
Verified Purchase
There are very few authors whose books leave me at the edge of my seat wanting more. Salivating for the next book. I absolutely love this series and Jacky feels like a good friend of mine.

This book was great from beginning to end. There is plenty of action. Not overly so. You still have a story. We get to see a bit more into Jacky's siblings, their interactions with each other and their interactions w Hasan. Its great to see because little by little Jacky is now being woven into that dynamic and more ppl have her back. Its a bit beautiful.

Old questions are answered and Jacky finally gets an answer to a question she has been asking. There are surprise newbies that I can't wait to see develop but they look like they will keep Jacky on her toes.

K. Banet I picked up that nugget or it seems like nuggets you left in there for us and poor Jacky, her world is abt to be turned upside down again.

My favorite part of this is there are no cliffhangers and something we've all wanted in a way gets resolved. I finished this in one day and I'm a bit sad because I just want to read more after where we left off. This is a must read in the series and it won't disappoint.
Read more
4 people found this helpful
Helpful
Report abuse

Loribarett
5.0 out of 5 stars Wow
Reviewed in the United States on April 15, 2020
Verified Purchase
I don't give very many five-star reviews. They are reserved for books that I feel are extraordinary. They may not be perfect, but they hit the spot inside me that makes me truly love a book. This book, this whole series, pulls itself off beautifully. We've got incredibly well written characters with heart, and flaws, and depth. Emotions that they struggle with, in a world they struggle to find their place in. Then there is the story. Each book so far draws Jacky further into the world that was built for this series. We get to see more of it. We get to feel her experience of it, not just be told. It's complex. It's a unique twist to the traditional supernatural worlds. I am also THRILLED to see how Jacky's relationships with the people in her life are developing. I have to read the book again, to see if I can find the hint for what will come in book 4. Because I am already eager for more.
Read more
3 people found this helpful
Helpful
Report abuse

Dyssonance
5.0 out of 5 stars Loved it!
Reviewed in the United States on April 18, 2020
Verified Purchase
So when my preorder showed up in my kindle list, I was bouncing between three other books. I held off that first day, but Jacky kept whispering and I finally just said fine and stopped to read it in two late night sessions.

I liked the series from book one, but found myself wondering what would happen with this cat, and found myself sucked in slowly into a well paced, character driven tale that gave me more insight on the siblings and gave just the right bit of flex for all the right reasons between Jacky and Heath.

Some backstory resolutions are a joy, and there is a bit more there — two things that make you go hmmmm.....

Well worth the time spent, and I just hope there is a new book soon!
Read more
2 people found this helpful
Helpful
Report abuse

Dare
5.0 out of 5 stars Getting better
Reviewed in the United States on April 15, 2020
Verified Purchase
This series just keeps getting better. I’m not being a fanboy, it’s just really nice to read Urban Fantasy that is different from all the same old, same old, stuff being written nowadays. Jacky is a flawed but fun character, her family is both nice and terrifying, and it is easy to see why some love them, some fear them, and others declare loyalty to a superior force. Usually you got evil happening in books for no other reason than the bad guy is evil, this happened in book 2, but here we can really understand the dynamics between both sides and start to see where this series is headed. Good stuff, recommended.
Read more
2 people found this helpful
Helpful
Report abuse

JcatTop Contributor: Pets
TOP 500 REVIEWER
4.0 out of 5 stars A powerful but flawed Heroine
Reviewed in the United States on June 21, 2020
Verified Purchase
A little bit Mercy Thompson, a little bit Kate Daniels. I'm impressed with this Werecat Heroine and her potential love interest, the Alpha Werewolf. I say potential, because there's only been a few stolen kisses so far.

This series has what a lot of other shifter series don't have. The main character is a powerful Werecat who resembles a Sabertooth Tiger. She is stronger than her Hero. She has family ties and issues. We find out something interesting about at least one of her extensive family members in each book. There is plenty of actual shifting, fight scenes, and internal conflicts. This installment didn't have much interaction with other supernatural species (like Fae or Vampires), concentrating on an actual Werecat conflict.

I'm growing addicted to this series, and can't wait until the next book is available.
Read more
One person found this helpful
Helpful
Report abuse
See all reviews

Kindle Customer
5.0 out of 5 stars I seriously love this series!
Reviewed in the United Kingdom on April 16, 2020
Verified Purchase
Just when you think Jackie can't get anymore badass BOOM! I love how this book delves into the characters that make up Jackie's werecat family more along with the building relationship with a certain werewolf.... After that ending I'm super excited for the next book.
Read more
Report abuse

HWilks
5.0 out of 5 stars Loved it
Reviewed in the United Kingdom on April 26, 2020
Verified Purchase
The ending was obvious but this was a damn fine read. Fully action, intrigue and violence. Hope the next one is not too long.
Read more
Report abuse

Mina
5.0 out of 5 stars Another entertaining challenge for the cool werecat!
Reviewed in Germany on September 17, 2020
Verified Purchase
Note: you could jump into the urban fantasy series here, but I don’t recommend it. It’s more fun to start at the beginning and reading the installments in the intended order.

Review
I love Jacky Leon! She is a true heroine, although not flawless. She is still a young werecat and her chosen ignorance about the supernatural world more often than not gets her in trouble. But she learns and knows when to ask for help and admits that she isn’t good with change, or people, but has to get used to it. And the best thing about Jacky is that she is her own knight and rescuer: she takes whatever help she can get when things are dire, but in the end, she saves herself.

And this time, Jacky needs both the help of her family and Heath, and she also has to take care of her problems herself. There are werecats (plural!) getting in and out of her territory, but since Jacky can’t look weak, her family can only coach her, not preemptivly aid her. And Heath and his son are werewolves, but no match for werecats. So Jacky has to fight part of it alone and it as hard to read how she suffered. Especially since there is betrayal to come to grips with as well. But don’t fret, Jacky and her family find a way - and their interactions, scheming and banter are pretty cool. As are answers to some long open questions. That was satisfying. Oh and lets not forget the oh so slow burning romance that takes a few more very tiny steps toward something awesome.

As with the other books, the beginning is rather slow, but when the action starts, it’s non-stop until the showdown. Very cool series.
Read more
Report abuse

M.A.SPRIGGS
4.0 out of 5 stars Another great book
Reviewed in Australia on April 16, 2020
Verified Purchase
This is the third book in the series and it was just as good as the others. Well written with a fast paced, action packed, storyline. Enjoyed meeting the rest of the family and look forward to reading more about them in the next book.
Read more
Report abuse

Amazon Customer
5.0 out of 5 stars Love this series
Reviewed in Australia on April 21, 2020
Verified Purchase
3 books so far and a fabulous read. Finished book 3 in 2 days. Probably go back and re-read books 1 and 2 again. I only do that for the best stories
Read more
Report abuse
See all reviews
Back to top
Get to Know Us
Make Money with Us
Amazon Payment Products
Let Us Help You
EnglishChoose a language for shopping. United StatesChoose a country/region for shopping.
© 1996-2021, Amazon.com, Inc. or its affiliates