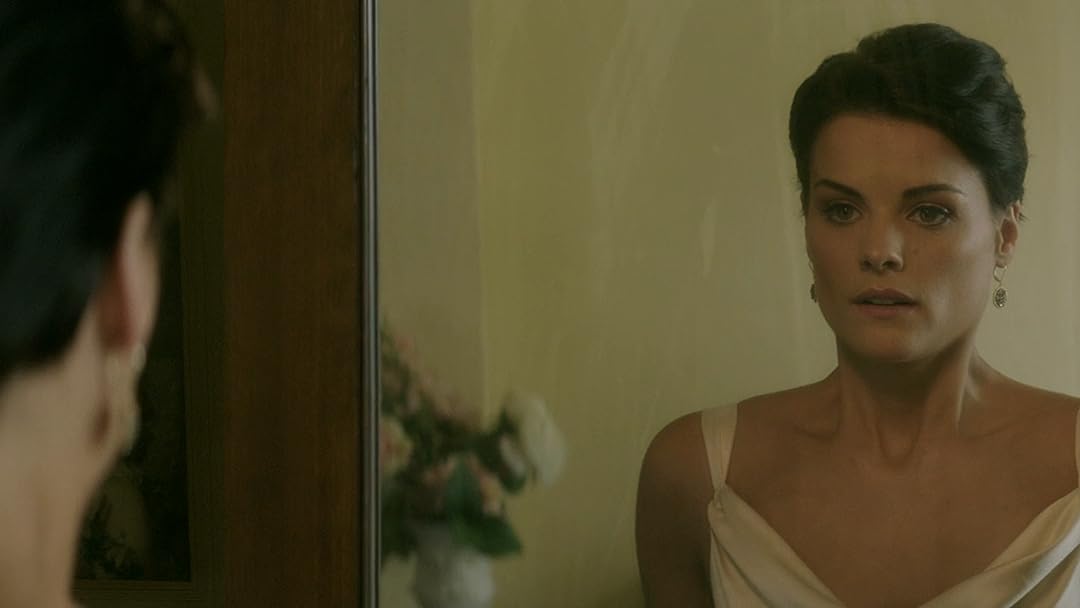 (212)
4.31 h 30 min2016X-RayR
After a woman hooks up with a New Orleans bartender on her bachelorette party, he grows obsessed and follows her to California. When he learns she's about to get married, the psychotic man plots his violent revenge.

Geoffrey F. ArnoldReviewed in the United States on January 27, 2021
2.0 out of 5 stars
Sigh...pretty cliche entry into the "nightmare wedding" genre
Verified purchase
This film had such potential. It really started great...and then quickly went south.

Tara really loves her fiance. REALLY. But she sleeps with a bartender in New Orleans on a bachelorette outing.
Normal women, who really love their man don't do this. The ones who do, well...you know how those marriages generally end up.

But, well, here we are. She returns home and mum's the word. Her besties, who kind of goaded her into it won't say anything about it.

Well, the guy follows her. Because she left her phone behind in the guy's place. Smart. Just brilliant. And pretty unlikely, given she later says, "My life is literally on that phone."

And the guy begins to undo her wedding plans. Why? Because he LOVES her. Turns out, he's rather psycho. And we learn of a history because Tara hires a PI.

And so it goes. He makes his presence known, even meets the fiance and yammers on about how close he and Tara are. But fiance tells him to take off. Figures he's a no good guy and not worth the bother.

And we descend into the banal from there.

So much potential ruined. I mean, we grow to dislike the bad guy, which is good. We like the fiance, too. But Tara...she's just not likeable. And we see why all the way through. She just doesn't make us want to be on her side, not really. Stupid woman slept with a total stranger, cheating on the man she says she really, really loves.

Sigh...and it doesn't improve after the wedding. Nope. Cliche plot, no tension, nothing to make us care about his relentless pursuit of "twue wuv", to quote a far superior film about love and obsession.

patricia georgeReviewed in the United States on January 19, 2021
1.0 out of 5 stars
poor writing
Verified purchase
This was terrible writing. The woman who is in trouble is told by the detective to let him know if the guy shows up. She does not and then it becomes a tragic bloody mess because the writer doesn't write the script with any sense. I would never give a piece like this a good rating. Horrible script. Horrible movie.
11 people found this helpful

William F.Reviewed in the United States on January 24, 2021
2.0 out of 5 stars
Barely watchable...easy enough to find something much better
Verified purchase
This whole affair has that cheesy Lifetime/Hallmark vibe to it, with crappy music, awkward pacing, botched edits, and acting more suited to a high school play.
The broad in the lead is fairly good-looking but one would think she'd sink some money into having a plastic surgeon remove that obnoxious mole from her face.
And Cam Gigandet just sucks. The guy generates about as much pathos as a sink full of tepid dishwater.
This might pass muster if one digs Lifetime and such, but most would do just to pass.
9 people found this helpful

Peggy Randall-MartinReviewed in the United States on January 22, 2021
5.0 out of 5 stars
Broken Vows (2016)
Verified purchase
Broken Vows (2016) is a unique story, not an everyday occurrence, and that's what held my interest. I kept thinking I knew what was going to happen next, but I was wrong. It was like watching the lives of two people in love unfold, each with a past. A review by Edwin Self said he produced this movie & he mentioned Tommy Lee Jones, and that confused me until I looked it up. Jones was in a 1987 movie with the same title, but he played the part of a priest who broke his vows. That aside, if you like psychological thrillers, Broken Vows (2016) is one that will keep you guessing. I know it did me, and I enjoyed every minute of it.
4 people found this helpful

workoutfreakReviewed in the United States on February 24, 2021
3.0 out of 5 stars
Okay....Should have stopped while it was ahead of the game.
Verified purchase
Interesting Stalker Story, although in my opinion, should have stopped with stalker getting killed during wedding scene, then she could have been told later on that she was pregnant....or something else for the twist. Why does the stalker get to win every time? I went out on a limb to keep watching after the implausible bachelorette night, but liked that she confided in her friend (and finally her fiance~ kind of). 99.99% of men would happily let the one night stand go on her merry way. Good stalker ideas, but not well enough developed.
2 people found this helpful

Russell SReviewed in the United States on February 11, 2021
3.0 out of 5 stars
tolerable, barely
Verified purchase
I really have hoped that one day Wes Bentley would do something that wows me, still waiting, I really like Cam Gigandet too and it is the same with him, after the first Twilight film. This was an all too familiar plotline that was girl goes out for a bachelorette party before her marriage to Cam and meets the alluring Wes Bentley and I will admit that he did play the bad guy well. He was moved into the role of the stalker and he could not leave her alone. I will give this a lukewarm recommendation and not much more than that. The performances were okay but I also had to question Wes being able to take Cam. Cam is very muscled.
2 people found this helpful

Glama PussReviewed in the United States on May 23, 2021
3.0 out of 5 stars
Stupid woman...
Verified purchase
for being so smart. Who goes to bed with a stranger two wks before her wedding? I mean at least have a date and find out something about the guy. And since he was so weird to her then use Check Him Out or whatever before hiring the PI. Definitely a Lifetime movie, engaging nonetheless. Why didnt Tara talk to her sister, communicate
already. And why didnt Michael mention Patrick to her before he said You've made mistakes, I've made mistakes. Why didnt Tara think to pick up Michael's finger, get it into an ice box or if none at least take it to the hospital? Still I liked it for Saturday evening movie, Sunday now lol. Kind of recommend when you just want to escape the madness of this crazy world of 2021.
One person found this helpful

Tmm BReviewed in the United States on April 10, 2021
1.0 out of 5 stars
Bad plot that can't be saved
Verified purchase
I wanted to.try to like this. The trailer looked decent, the movie has two very good looking leads. The story before watching the movie sounded decent and then it happened....

Within less than 22 mins lead character Wes Bentley was already obsessed with the lead character Jaime Alexander. The damn thing just ended the credit roll, he poured her a drink and was obsessed. Ridiculous!

From there they went to bed and you can guess the rest.

This was bad. Bad story just awful. The two leads Bentley and Giganet should know better. It was totally unbelievable.

Skip this garbage.
3 people found this helpful
See all reviews
Back to top
Get to Know Us
Make Money with Us
Amazon Payment Products
Let Us Help You
EnglishChoose a language for shopping. United StatesChoose a country/region for shopping.
© 1996-2021, Amazon.com, Inc. or its affiliates