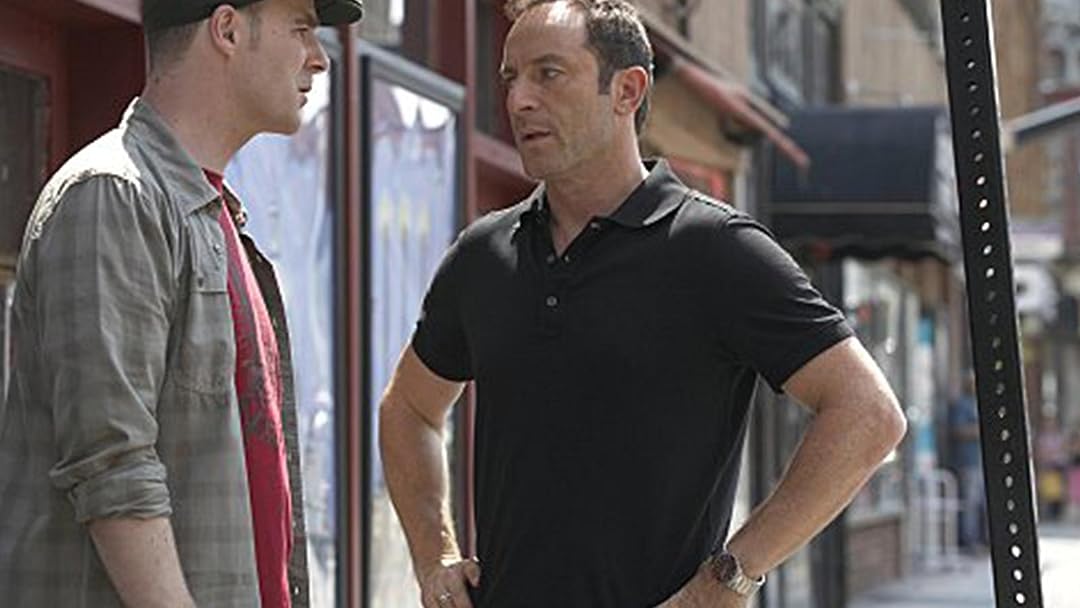 fkurdiReviewed in the United States on May 17, 2016
5.0 out of 5 stars
Gangsters / Family Love / Politics! A web of stories!
Verified purchase
I like how Tommy is torn b/w the good and bad part of politics but also wants a good marriage and family life - making that happen is difficult for him with a gangster brother, Michael. Michael has a love for the family too but torn b/w his true family members, a girlfriend that basically couldn't leave him even if she wanted to, and his circle of gangster friends. Collin adds a great part to the story b/c he is a cousin from Ireland so caught b/w ALL the mix by unfortunately falling in love with gangster Michael's girlfriend yet devoted to Michael as a gangster, and loves his aunt and cousin, Tommy. So he is woven into the family in an interesting way. The question is, "Who will Michael kill next?" His violent leadership is bound to solve any of a number of issues that are all building into what has to end in tragedy somehow. I watch each episode twice to make sure I catch everyone's names and the details. My favorite character? None - they are all fantastically equal!
3 people found this helpful

T. LandersReviewed in the United States on August 17, 2015
5.0 out of 5 stars
A better seasoned Season Two finds it's stride.
Verified purchase
I have to admit I may have rushed to judge this series in a season one review I'd submitted a few days ago. As the series continues into season two the storyline is getting more complex and the characters more cohesive and well established. The predictability I felt in season one has been replaced with unusual and clever plot twists. Unlike other recent series I've watched Brotherhood is not inundated with a glut of new characters at every other turn. Instead, the characters are allowed to mature and the viewer is allowed to get more connected with them. Almost every aspect I chided in season one has been much bettered in season two. I am now very much involved in the story and it's players and am anxious to see what is in store for season three! I highly recommend this show for anyone who enjoys great mob-tinged serial dramas.
3 people found this helpful

edgeWISEReviewed in the United States on July 24, 2016
5.0 out of 5 stars
Triple knockout punch
Verified purchase
Great writing. Great acting. Great directing. Rich depiction of a certain element of RI culture, and by extension, a lot of the US (probably around the world for that matter in terms of crime and corruption). Quite focused on the darker side of human behavior, with occasional philosophical insights rendered by characters who one might assume are not that deep -- but it does not seem overly contrived. The more I watch this show, the deeper I get into it. Am really going to miss these characters when I finish watching the series. I can't believe I didn't know about this when it was on...top shelf TV!
3 people found this helpful

J R SalazarReviewed in the United States on May 6, 2016
5.0 out of 5 stars
BROTHERHOOID IS real America. The good, the bad and everything in between. (B+)
Verified purchase
Shame it was canceled but I highly recommend giving the SHOWTIME™original series a try. The first couple of episodes (from the first season) seemed a bit slow but you'll get it when you realize the writers took the time to develop the characters properly.

That made for a great series and one you could get into without seeing it as just "fiction" with realistic story lines and multi dimensional characters versus the robot-like characters many "television" produced series attempt to pass on to the masses. Always packaged neatly. Hot girl FBI agents and young, buffed CSI studs who would and probably would make more money on stage than on pavement. BROTHERHOOD was real world Rhode Island "humans" mostly average to ugly, Mafiosos along side political hacks who'd sell their mothers for a shot at "making it". Now that's the real America we all have to live in and live through...got it..yo

Cole R. PattersonReviewed in the United States on February 7, 2009
5.0 out of 5 stars
Rescue Me meets the Sopranos
Verified purchase
Having gobbled up the first series on DVD box set from Amazon I was almost like a junkie waiting for my fix of series 2.
The characters are so well drawn in this series that you feel compelled to worry about their wellbeing, even the devious Michael Caffey.
Every character is well drawn even the bit players make the overall piece work sublimely.
Tommy's marriage now on shaky ground and Michael, recovering from the beat down he recieved in series one is trying to reclaim his territory once again from Freddie Cork.
His romance with Kathleen is under immense pressure due to his instability and his predictability has taken a turn for the worse.
Tommys reliance on old friends seems to be looking less reliable and he is learning that life in politics on the Hill can be as dangerous a game as any his brother plays.
Declans character takes on a major role in this season and if you didn't feel for him in series one you sure do by the end of series two.
The subplot of the attempted entrapment of Marty Trio and Freddie Cork heats up and so does the action with both the Caffey brothers fighting for their survival in their chosen arenas.
And like all good Irish families it's all held together by the love of a good mother, Rose, who has her battles to deal with as she comes to terms with her own ageing.
All the women in this series are so well drawn and strong they could almost carry the show on their own.
But like all good series it takes a well defined and acted cast to make you want to watch and I for one cannot wait for seazon 3 to start down here in Australia.

T. MurphyReviewed in the United States on August 23, 2015
4.0 out of 5 stars
The acting is great, the story line is gripping
Verified purchase
Gritty and fascinating drama with personal conflicts that weigh heavily on 2 brothers, one a career criminal and the other a respected House Assemblymen. The criminal returns to his "family" after a long and mysterious absence and begins plying his trade in organized crime. Inevitably, his actions cast a shadow on his brother's reputation and the latter begins a subtle but gradual slide into personal and political and personal corruption. The acting is great, the story line is gripping, and it's an excellent series.

E. T. HigginsReviewed in the United States on December 2, 2008
5.0 out of 5 stars
as of today...
Verified purchase
this is the best drama on television. a great cast, especially the two jasons who play the two brothers. now that 'the shield' is no more, this is the only crime drama left on tv worth watching. cudos to showtime for presenting this fabulous series.

just a brief vent: i recently discovered that the golden globes had nominated 'weeds,' 'californication,'and 'dexter' for awards.
imo, the best series showtime airs is 'brotherhood'. it's strong on acting, directing, and writing. completely ignored by the morons from the golden globe. btw, they also ignored the best movie of 2008 "the dark knight." throwing it only one bone for heath ledger.
don't get me wrong, i like 'dexter', but it doesn't hold a candle to 'brotherhood.'on the other hand, i totally hate 'californication' and if there's a more boring actor on the planet than dave duchovny, i'd like to know who it is. 'weeds' has overstayed it's welcome.
golden globes aren't so 'golden' in my opinion.

ps: 'brotherhood ' is in good company; 'the wire', perhaps the greatest series in tv history, was also ignored by the 'golden globes' and the 'emmies.' is it any wonder why mediocrity rules the entertainment world.
4 people found this helpful
See all reviews
Back to top
Get to Know Us
Make Money with Us
Amazon Payment Products
Let Us Help You
EnglishChoose a language for shopping. United StatesChoose a country/region for shopping.
© 1996-2022, Amazon.com, Inc. or its affiliates