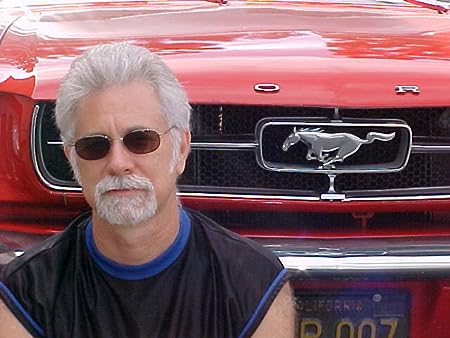 Novelist, journalist, satirist, Bruce Golden’s short stories have been published more than 150 times across a score of countries and 30 anthologies. Asimov’s Science Fiction described his second novel, “If Mickey Spillane had collaborated with both Frederik Pohl and Philip K. Dick, he might have produced Bruce Golden’s BETTER THAN CHOCOLATE”--and about his novel EVERGREEN, "If you can imagine Ursula Le Guin channeling H. Rider Haggard, you'll have the barest conception of this stirring book, which centers around a mysterious artifact and the people in its thrall." His latest book, MONSTER TOWN, is a satirical send-up of old hard-boiled detective stories featuring movie monsters of the black & white era. It's currently in development for a possible TV series. 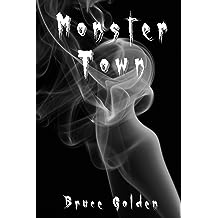 Monster Town Oct 16, 2019
by Bruce Golden
( 9 )
$2.99
Private Investigator Dirk Slade is looking for the killer of his best friend, as well as a missing teenager--the son of Dracula. Along the way he encounters the Wolfman, Frankenstein's monster and his former bride, Dr. Jekyll and Mr. Hyde, Leech Woman, the Invisible Man, Wasp Woman, and a host of other old horror movie characters. That's because Monster Town is set in an early sixties ghetto of Hollywood, where the monsters of black and white horror films have taken up residence, now that they're no longer in vogue. In this existence, monsters played themselves in the movies. THEY were the actors. Now most of them are just regular folk, with regular jobs.Slade's investigation leads not only to a number of murders, but a political cover-up and threat to the well-being of every citizen of Monster Town.There are plenty of dames giving this private eye the eye, but only one catches his. Star is a gorgeous torch singer with a yen for Hollywood but a dark past. Slade's attracted to her like a moth to a flame, but doesn't believe she's telling him everything she knows.Helping Slade along the way is his friend Kink, a sexy but disgraced fairy once known as "Wink"--back when she used to make movies for kids. Everyone knows about her scandal, but Tinseltown's loss was Monster Town's gain--at least according to Kink.This satire on old film noir and hard-boiled detective stories plays its mysterious plot straight, despite the bountiful list of quirky characters and its sardonic narration. Golden's Monster Town is unlike any book you've ever read . . . any place you've ever visited.(Monster Town is currently in development to become a new TV series.)
Read more
Other Formats: Hardcover , Paperback 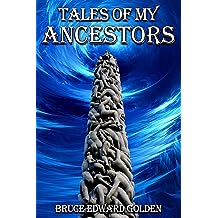 Tales of My Ancestors Dec 5, 2015
by Bruce Golden
( 7 )
$2.99
Tales of My Ancestors is like watching the History Channel broadcast via "The Twilight Zone." It will take you on a journey through time with historical figures like Bat Masterson, Queen Elizabeth, General Dwight D. Eisenhower, Cochise, Saint Margaret of Scotland, and players from the last Chicago Cubs team to win a World Series. You'll be there to witness the Salem Witch Trials, the Civil War, the signing of the Magna Carta, and the first steps onto colonial American soil. You'll run into William the Conqueror and a pale horse of death, learn how Shakespeare might have been inspired to create the character of Puck, and consider one theory on why, after decades of gunfights, Wyatt Earp was never so much as nicked by a bullet.
You'll learn what might have been behind the mysterious disappearance of famous bandleader Glenn Miller during World War II, find out if there really is gold in the Superstition Mountains of Arizona or something else even more fantastic, and you'll even be introduced to a sexy but humorous take on the Robin Hood legend.
Tales of My Ancestors features 18 stories rich with historical detail, but each with a speculative element that in no way contradicts recorded history. Or, to put it another way . . . what if it was never recorded that one of these historical figures met a banshee, or others had to deal with aliens, demons, selkies, hoodoo masters, witches, fortune tellers, fairies, or time travelers?
Award-winning author Bruce Edward Golden's fast-paced narrative style and rich, authentic dialogue is on full display in this marvelous collection of fiction.
Read more
Other Formats: Paperback 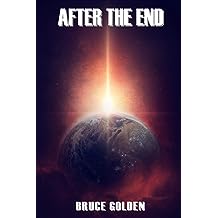 After The End Mar 14, 2020
by Bruce Golden
( 8 )
$2.99
When a rogue comet collides with the Earth, setting the entire planet afire, there are few survivors. Among them are a submarine crew, an underground sanctuary of scientists, and scattered individuals. Those who do survive, by forethought or chance, rise from the ashes, continue to procreate, and their descendants find new ways to live, create new cultures, new societies, new theologies. In addition, an alien spore has arrived with the comet, and over the decades it grows and evolves into a new form of vegetation that develops a symbiotic relationship with a species of Earth. This relationship expands to become a formidable threat to mankind, even as the age-old clash between science and superstition, logic and faith, continues to divide humanity. 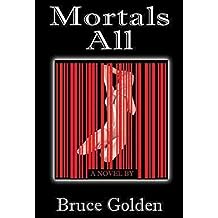 Mortals All Oct 29, 2013
by Bruce Golden
( 6 )
$2.99
In a future world, where the creation of artificial humans has led to a caste of "non-people," the fight for civil rights takes on new meaning. Zach was just a guy looking for a novel one-night stand.
Mary was searching for her place in the world. They found each other.

A loner who's an expert on lust but a novice when it comes to love, falls for a naive but beautiful androne. He teaches her what it means to be human, but can't give her what she really wants--her freedom.

Asimov's Science Fiction magazine describes Mortals All as "Steeped in the ambience of classic 1950's Galaxy magazine...social satire, irreverent anti-establishmentarianism, and pseudo-hardboiled narration...Golden writes with zest and good pacing...a certain flippancy of characterization and delivery..." Speculative Fiction Reader says, “A sexy, sometimes satirical take on a unique and forbidden relationship...a wry look at the human condition in the tradition of Heinlein and Asimov...science fiction with heart, and a book destined to leave a lasting impression.” 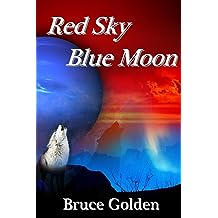 Red Sky, Blue Moon May 7, 2013
by Bruce Golden
( 3 )
$3.99
Ancient aliens seed the primordial oceans of Earth with protoplasmic material found on other worlds, then return millennia later to see what they have wrought. They not only observe the human civilizations they find, they contact some of them, conducting investigative studies. When they leave, they decide to cull large groups of humans and their environs, which they convey across
the galaxy and transplant onto another world to continue their study. Ultimately this great speciation experiment will have unexpected and dire consequences for the experimenters.

Meanwhile, on this new world, a group of Vikings evolve over the centuries into a cutthroat corporate culture of racial purists in an early industrial society. They have designs on the lands of a nearby continent where primitive tribes of Sioux still cling to their old ways. And they may not be the only forced immigrants on this planet.

War ensues, and at the core of the conflict is a native herb which may be the cure for a disease that ravages the corporatocracy, as well as being the secret to longevity.
Read more
Other Formats: Paperback 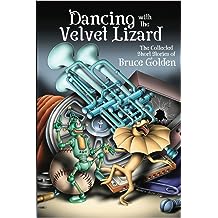 Dancing with the Velvet Lizard Jun 13, 2011
by Bruce Golden
( 3 )
$5.00
Thirty-three mind-bending tales of science fiction, fantasy, horror and humor by award-winning author Bruce Golden. Journey into other worlds, other dimensions and other times to meet an alien musician, an apocryphist, a hideous sun demon, a bedeviled baseball player and an old woman resigned to living out her last days cared for by a machine.
See what happens when a Native American shaman sends the government a bill for making it rain, and a 119-year-man drives his classic automobile into the middle of an insurrection, chased by flying cars. Discover a missing planet, lust potions, the color of silence, the wonders of phasing, the horrors of the withering, and the riddle of the whales.
Read more
Other Formats: Paperback 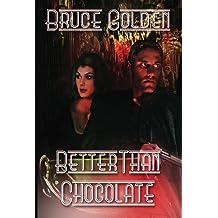 Better Than Chocolate Apr 17, 2007
by Bruce Golden
( 4 )
$4.99
Hunting down his partner's killer and investigating a pair of seemingly unrelated murders, SF Police Inspector Noah Dane stumbles onto a conspiracy that threatens all humanity.

Along with Noah's new crime-fighting partner, a Marilyn Monroe celebudroid, they lead a cast of quirky characters towards a climax of comically sexy proportions, where all the clues point to an insanely popular new virtual reality experience that's "better than chocolate".
Read more
Other Formats: Paperback