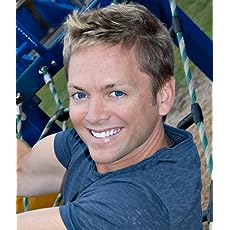 Bruce Littlefield is a best-selling author, lifestyle expert, and an arbiter of American fun. He shares his passionate curiosity (and occasional mischievousness) through his books and TV appearances. Bruce has appeared on NBC, CBS, ABC News, FOX News, MSNBC, The Rachael Ray Show, NPR, Sirius, and numerous other programs, and has been featured in the New York Times, the Boston Globe, the New York Post, People Magazine, OK! Magazine, Saveur, This Old House, the New York Daily News, Miami Herald, Chicago Tribune, and the Los Angeles Times.

His multi-book brand with Harper Collins is an adventure in American fun: For Garage Sale America, he took a thousand dollars and a truck and set out to see what treasures he could find. For Merry Christmas, America, he hung off light-encrusted houses and hung out with the real Santa Claus. And for Airstream Living, he took to the open road looking for the rolling silver icons. He is also the co-author (with Barbara Corcoran) of the New York Times best-selling Use What You've Got and Shark Tales, co-author of the book My Two Moms with civil rights activist Zach Wahls and author of the first book to read to dogs, The Bedtime Book for Dogs.

Originally from the south, Bruce has designed and owned two successful restaurants, and his personal collection of garage-sale treasures can be found in a 1940s' Catskills' farmhouse, which he renovated and decorated himself.

His latest book, MOVING IN: Tales of an Unlicensed Marriage, is a hilarious and sometimes scandalous tale of the first year he spent fixing up a historic bungalow in upstate New York with partner and NYC broker Scott Stewart. 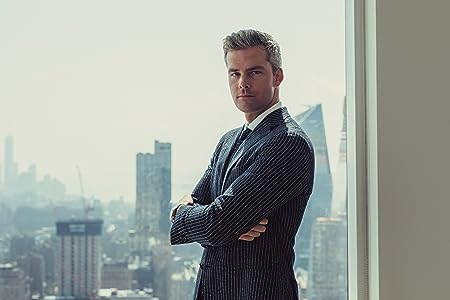 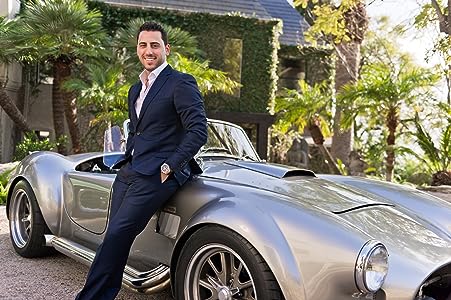 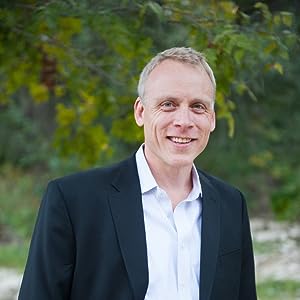 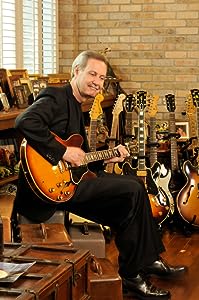 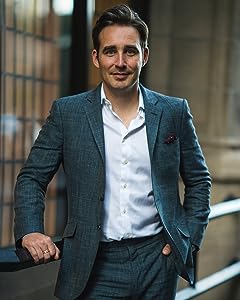 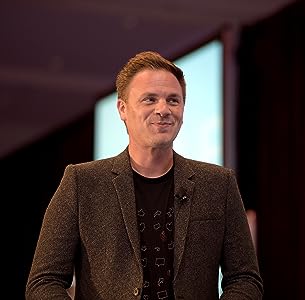 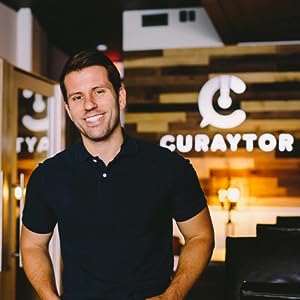 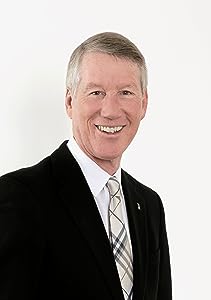 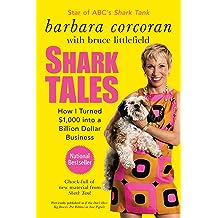 Shark Tales: How I Turned $1,000 into a Billion Dollar Business Feb 9, 2011
by Barbara Corcoran , Bruce Littlefield
( 555 )
$14.99
The inspiring true story of Shark Tank star Barbara Corcoran--and her best advice for anyone starting a business. After failing at twenty-two jobs, Barbara Corcoran borrowed $1,000 from a boyfriend, quit her job as a diner waitress, and started a tiny real estate office in New York City. Using the unconventional lessons she learned from her homemaker mom, she gradually built it into a $6 billion dollar business. Now Barbara's even more famous for the no-nonsense wisdom she offers to entrepreneurs on Shark Tank, ABC's hit reality TV show.

Shark Tales is down-to-earth, frank, and as heartwarming as it is smart. After reading it don't be surprised if you find yourself thinking, "If she can do it, so can I." Nothing would make Barbara happier.
Read more
Other Formats: Audible Audiobook , Paperback , Audio CD 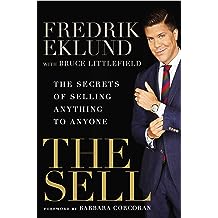 The Sell: The Secrets of Selling Anything to Anyone Apr 14, 2015
by Fredrik Eklund , Bruce Littlefield , Barbara Corcoran
( 769 )
$12.99
The nation’s #1 real estate broker and star of Bravo’s Million Dollar Listing New York shares his secrets for superstar success and getting what you want out of life—no matter who you are or what you do.

Ten years ago, Fredrik Eklund moved to New York City from his native Sweden with nothing but a pair of worn-out sneakers and a dream: to make it big in the city that never sleeps. Since then, he’s become the top seller in the most competitive real estate market on the planet, brokering multimillion-dollar deals for celebrities, selling out properties all over the city, and charming audiences around the world as one of the stars of the hit Bravo series Million Dollar Listing New York.

Now, for the first time, Fredrik shares his secrets so that anyone can find success doing what they love. According to Fredrik, even if you don’t consider yourself a salesperson, you’ve been in sales your whole life because every day you are selling your most important asset: yourself. Whenever you influence, persuade or convince someone to give you something in exchange for what you’ve got—whether it’s a luxury home, a great idea at work, or your profile on Match.com—you are selling. And if you know how to sell the right way, you can live your dream. That is what The Sell is all about.

Blending personal stories, hilarious anecdotes, and the expertise he’s gained from his meteoric rise, Fredrik has written the modern guide on becoming successful, a book that tells you how to recognize and cultivate your true talents and make the ultimate sell. From the importance of being your most authentic self to looking like a million bucks even if you don’t have a million bucks (yet!), he shows how intangible factors like personality and charm can get you noticed and make you shine. He also shares his tips and tricks for preparing, persuading, and negotiating so that in any of life’s dealings, you’ll come out a winner. Whether you work on Wall Street or at Wal-Mart, aim to become the top seller at your company or want to impress a first date, The Sell will help you have more personal and professional success, lead a rich and fulfilling life, and have fun along the way. 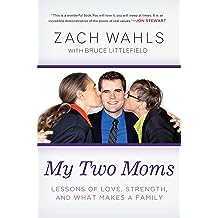 My Two Moms: Lessons of Love, Strength, and What Makes a Family Apr 26, 2012
by Zach Wahls
( 99 )
$6.99
A resounding testament to individuality and the power of family in all forms from the young man who “lit up the Internet” (Ellen DeGeneres)

On January 31, 2011, Zach Wahls addressed the Iowa House Judiciary Committee in a public forum regarding full marriage equality. The nineteen-year-old son of a same-sex couple, Wahls proudly proclaimed, “The sexual orientation of my parents has had zero effect on the content of my character.” Hours later, his speech was posted on YouTube, where it went viral, quickly receiving more than two million views. By the end of the week, everyone knew his name and wanted to hear more from the boy with two moms.

Same-sex marriage will be a major—possibly the defining—issue in this year’s election cycle, and Wahls speaks to that, but also to a broader issue.  Sure, he’s handsome and athletic, an environmental engineering student, and an Eagle Scout. Yet, growing up with two moms, he knows what it’s like to feel different and to fear being made fun of or worse. In the inspirational spirit of It Gets Better edited by Dan Savage and Terry Miller, My Two Moms also delivers a reassuring message to same-sex couples, their kids, and anyone who’s ever felt like an outsider: “You are not alone.” 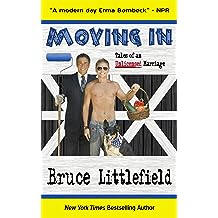 Moving In: Tales of an Unlicensed Marriage Mar 27, 2013
by Bruce Littlefield
( 26 )
$7.99
At a time when marriage equality has become a political and social hot topic, MOVING IN: Tales of an Unlicensed Marriage is an expose on relationships and renovation. NY Times best-selling author and TV lifestyle expert Bruce Littlefield takes readers on a wild and often hysterical ride through the first year spent fixing up a historic old house with partner (and unwitting handyman) Scott Stewart, one of Manhattan’s top real estate brokers.

The story shows that, no matter same or opposite gender, there’s one in every couple who likes to make things look pretty and one who’ll walk across a newly cleaned kitchen floor in muddy shoes to see the results.

MOVING IN features the tale of Bruce and Scott’s freshman year of happy homemaking, during which time they: learn how to operate a lawnmower and that they shouldn’t; debate whether to go to the emergency room after their 1929 oven burns off Bruce’s eyebrow; invite a fugitive over for a beer; and almost strangle each other with Christmas lights.

As they say, marriage is made in heaven, but then again, so is thunder, lightning, and hail. This book is fun from cover to cover and will definitely make you feel better about your own relationship. Grab yourself a glass of wine and settle in to your side of the bed for a good read. But be warned, you’re about to be told to keep the laughter down.

Q: SCOTT BOUGHT YOU A HOUSE. WHAT'S THE BEST PRESENT YOU'VE EVER GIVEN HIM?
A: The best gift I ever gave Scott was the week I lost my credit card and simultaneously got laryngitis.

Q: WHAT'S THE SECRET TO YOUR RELATIONSHIP'S SUCCESS?
A: We’ve never been out of love with each other at the same time. And we follow the sage advice of never going to bed angry. Of course, sometimes that means we don’t sleep for two weeks straight.

Q: ARE THERE ANY KIDS IN YOUR FUTURE?
A: We’ve been trying, but I just can’t seem to get pregnant.
Read more
Other Formats: Paperback 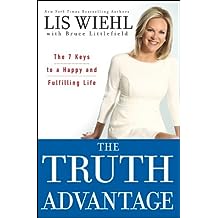 The Truth Advantage: The 7 Keys to a Happy and Fulfilling Life Nov 1, 2011
by Lis Wiehl , Bruce Littlefield
( 10 )
$10.49
A New York Times bestselling author and television personality shows you how to use the truth to your advantage in every aspect of your life

From "I have a headache" to "I don't remember that," studies show that most of us lie once or twice a day. While some lies are considered "white lies," other lies can destroy relationships, careers, and lives. In this helpful and fascinating book, Lis Wiehl shows just how and why the truth is a powerful tool. Using news stories, court cases, and personal anecdotes, she teaches you the seven ways to unlock the Truth Advantage and gives you practical techniques to improve all aspects of your life, from your job to your relationships. This book will also equip you with your own personal lie detector—the secret to finding out when people are not telling you the truth—and then gives you advice on precisely what to do when that happens.

Lis Wiehl shares her knowledge as a lawyer and news commentator (and the daughter of an FBI agent) to help you sort through the lies and get to the truth. When you tell the truth and can get the truth from others, you are well liked and respected and your life is happier. This book will help you become the best, most powerful person you can be by using one uncomplicated tool—the Truth Advantage.