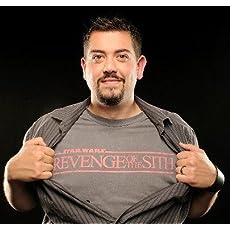 Bryan Young works across many different media. He worked as a writer and producer of documentary films, which were called "filmmaking gold" by The New York Times. He's also published comic books with Slave Labor Graphics and Image Comics. He's been a regular contributor for the Huffington Post, StarWars.com, Star Wars Insider magazine, SYFY, /Film, and the founder and editor in chief of the geek news and review site Big Shiny Robot! He co-authored Robotech: The Macross Saga RPG in 2019 and in 2020 he wrote a novel in the BattleTech Universe called Honor's Gauntlet.
Read more 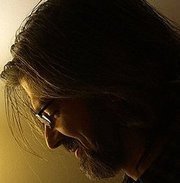 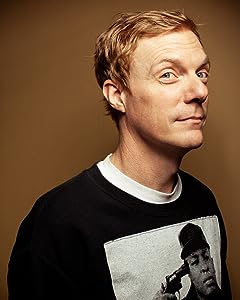 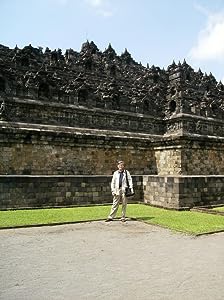 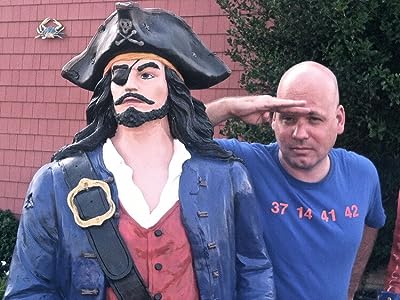 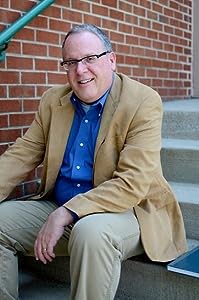 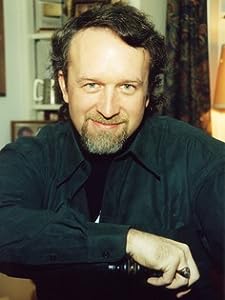 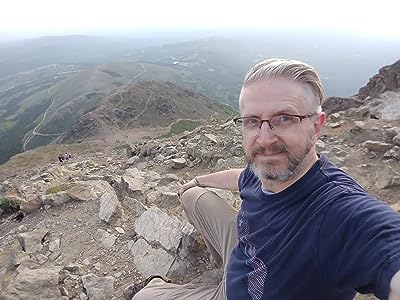 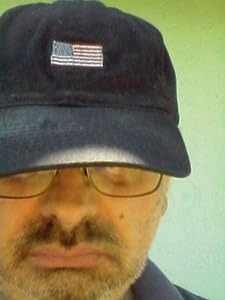 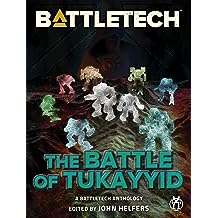 On 1 May 3052, twenty-five Galaxies from seven Clans clashed with twelve armies of ComStar’s Com Guards on the pastoral planet of Tukayyid. For twenty-one days, one of the largest campaigns in BattleMech warfare unfolded to decide the fate of the Inner Sphere.

The Battle of Tukayyid is one of BattleTech’s most pivotal conflicts. Now, explore this crucial campaign through eight different points of view—from the enigmatic ComStar, whose relatively untested forces are the Inner Sphere’s last defense against the seemingly unstoppable Clans, to each Clan, as their leaders and MechWarriors attempt to achieve victory on their own terms. 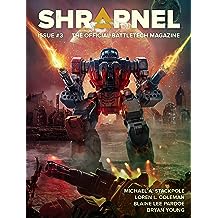 Shrapnel: The Official BattleTech Magazine brings you more BattleMech action from the war-torn 31st century and beyond! Celebrate Star League Day with tales of a long-abandoned ’Mech rediscovered and pressed into service, a quest for vengeance in enemy territory, the resurgence of old ghosts, and the threat of bitter betrayal in the face of long odds. Charge headlong into technical readouts, assassin conspiracies, in-depth equipment articles, playable holiday-themed scenarios, and more—all from BattleTech veterans, fan favorites, and new authors: 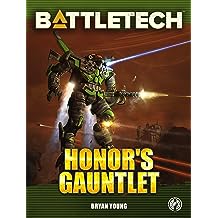 Clan Jade Falcon’s war efforts draw closer to Terra, but to conquer this ultimate prize, the Falcons’ vicious Khan, Malvina Hazen, must be able to trust all of her warriors to carry out her commands without hesitation—no matter how much death or collateral damage they will cause. For Malvina, victory is the only thing that matters, and those who stand in her way suffer swift and brutal elimination.

Star Captain Archer Pryde is an unconventional Falcon MechWarrior who chafes at carrying out his Khan’s terror tactics, but he delivers results in combat, so Malvina has turned a blind eye to his beliefs so far. But when civilians on a conquered world revolt against their Clan masters, innocents are caught in the Falcons’ crosshairs. Archer and his fellow MechWarriors must prove their mettle to Star Colonel Nikita Malthus, the Khan’s vindictive advisor, by carrying out their scorched-earth orders to the letter. But are these orders a betrayal of what it means to be a true and honorable Jade Falcon? With both his loyalty and honor in question, Archer must run the gauntlet between duty and principles, or risk his own destruction. 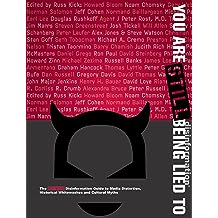 You Are Still Being Lied To: The New Disinformation Guide to Media Distortion, Historical Whitewashes and Cultural Myths (Disinformation Books) Jan 1, 2009
by Russ Kick
( 29 )
$17.99
This revised and updated edition of the classic myth-busting anthology shines a harsh light on the disinformation of government, mass media and more.

In 2001, Russ Kick’s You Are Being Lied To became a cultural phenomenon, spreading the eye-opening insights of writers like Noam Chomsky, Howard Bloom and others to the masses. Now Kick returns with You Are STILL Being Lied To, a thoroughly updated edition that contains more than a dozen all-new essays from contributors like Norman Solomon, Graham Hancock, Alex Jones, John Major Jenkins, Robert Bauval, Richard DeGrandpre, Alexandra Bruce, John Hogue, Gregory Davis, and Scott Creighton. These outspoken authors tackle topics ranging from the misleading marketing of antidepressants to the truth about the North American Union, media consolidation, and the New Thought movement.

This massive collection dismantles the distortions, myths, and outright lies propagated by the government, the media, corporations, organized religion, the scientific establishment, and others who want to keep the truth from us. An unprecedented group of researchers including Howard Zinn, Noam Chomsky, Howard Bloom, Sydney Schanberg, Michael Parenti, Riane Eisler, Jim Marrs, and many others reveal how crucial stories are suppressed, real dangers are down-played, and nonexistent dangers are trumpeted in a world where you are still being lied to.
Read more
Other Formats: Paperback 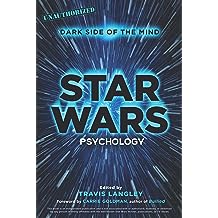 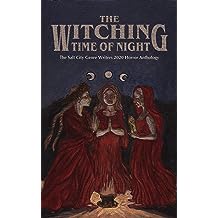 The Witching Time of Night: The Salt City Genre Writers 2020 Horror Anthology Oct 27, 2020
by Bryan Young , Margot Monroe , Cassidy Ward , Elizabeth Suggs , J. Zarnofsky , Bryce Anderson , Aren Hatch , Johnny Worthen , Rufo Tolentino , Luther Pendragon
( 6 )
$7.99
A man will do anything to his daughter from death. A space-faring witch, navigating a starship, finds her true power. Two men make a deadly business arrangement. A new mother circles madness. Also: snorkel wasps.Each story is written by an active member of the Salt City Genre Writers and explores what terror they fear in unique and fascinating ways. Take the plunge through the 17 stories collected here and learn what it means to be afraid.
Read more
Other Formats: Paperback 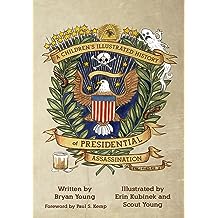 A Children's Illustrated History of Presidential Assassination Apr 25, 2014
by Bryan Young , Erin Kubinek , Scout Young , Paul Kemp
( 28 )
$6.99
Over the course of American history, there have been only four presidents who have been forced to sacrifice their lives for their country at the hands of an assassin. These great men have not been forgotten, and their stories are told here in fascinating detail for history lovers of all ages.
But those four presidents are not the only ones who have been close to death in the line of duty to the American people. This book, A Children’s Illustrated History of Presidential Assassination, delves into all of the major assassination attempts throughout the history of the United States, in vivid detail, illustrated by Erin Kubinek.
Read more
Other Formats: Paperback 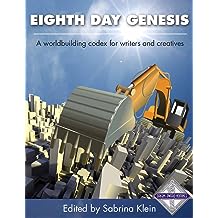 You want to build a world. Twenty authors want to help.

It begins when you have that moment when you can close your eyes and see a world no-one has seen before. It might start from a grain of sand, the way light filters through the trees, the feel of satin robes, the smell of cooking soup, or simply a wish for somewhere, somewhen else. It happens for different reasons for different people. Something, anything can pull your mind from the boundaries of our mundane world and set it to creating somewhere else.

Eighth Day Genesis is meant to help writers, gamemasters, and all creative people with their worlds. The depth of your world is important…even essential. Worlds should be able to be touched, smelled, seen, and heard. Each of these things is vital to creating reality. The smallest details can illuminate volumes. It is surprising what details with bring forth entire feelings, associations, and images. Stereotypes can be broken, archetypes deviated from, and wonder spilled forth like gossip from an old friend.

This book will help you fill in those details and create the world you've always imagined.
Read more
Other Formats: Paperback 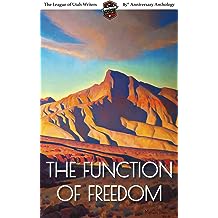 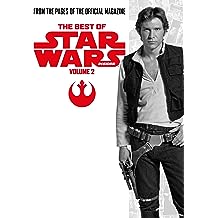 Each volume brings together a collection of the best of the official Star Wars Insider magazine content, celebrating the complete Star Wars experience, from movies to books, videogames to comic books, and more! Featuring rare cast and crew interviews, and exclusive behind the scenes pictures, this is an essential read for Star Wars fans of all ages. 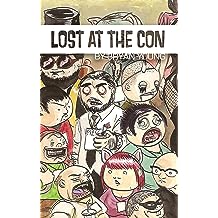 Lost at the Con Jun 2, 2011
by Bryan Young
( 41 )
$4.99
Lost at the Con tells the tale of a drunken political journalist and his dangerous assignment to a science fiction and fantasy convention.

Though he'd rather be at home drinking his liver to death, his spiteful editor delivers an ultimatum: take the assignment or lose the steady paycheck.

Since Cobb can't afford to turn down the job, he heads to Atlanta and dives head first into the realm of Griffin*Con, renowned the world over as the Mardi Gras of geek conventions. There, he finds all of the science fiction, fantasy, and cosplay he would expect, but he also finds something more sinister: a seedy underbelly of geeky debauchery, slash fiction, booze, sex, and drugs.

Can he make it through this assignment without snapping and winding up on the front page himself? Or will the entire experience change him in ways he never imagined possible?

It's been called "A masterful blend of fictional Gonzo journalism and geek culture that is sure to please audiences inside and outside the geek community."

"Young's style is terse and crisp. He writes in a way that compels you to keep flipping pages." --Huffington Post

"Young's hard-hitting style pulled me into the story immediately. No time and words are wasted but nothing is rushed or bland." --Geeks With Curves 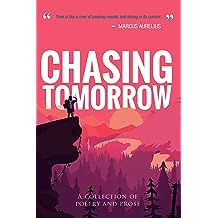 This collection of award-winning poetry and prose from the League of Utah Writers takes the reader on journeys through the currents of time, warming in the glow of nostalgia, weathering grief, finding hope for the future, or hoping the past doesn't catch up.