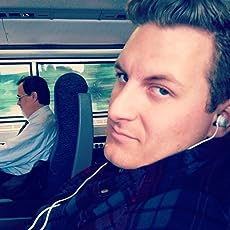 Bryce Carlson is a Southern California native and author of the multiple Harvey Award-nominated crime noir comic book series, HIT. His other comic book works include Cartoon Network's ADVENTURE TIME and Disney-Pixar's WALL-E. A graduate of Chapman University, Carlson has worked at the comic book publisher BOOM! Studios for nearly a decade, working his way from the mail room to Managing Editor. He lives in Los Angeles with his wife and son.
Read more 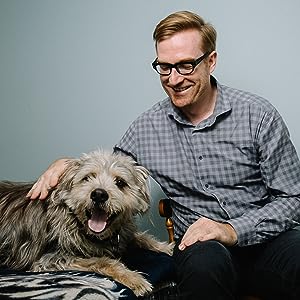 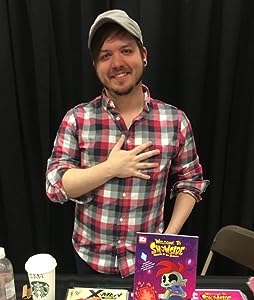 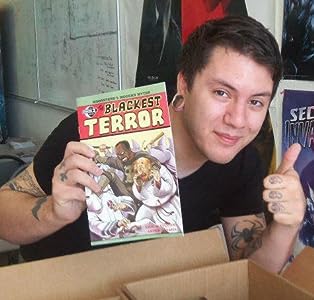 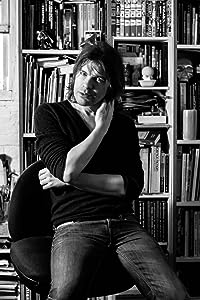 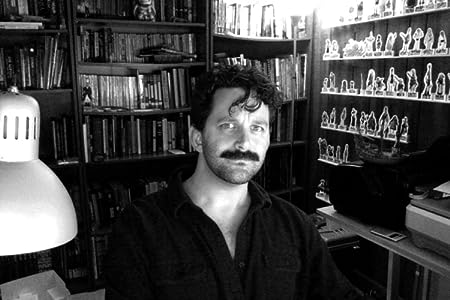 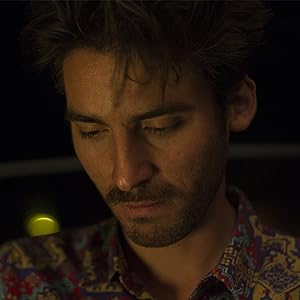 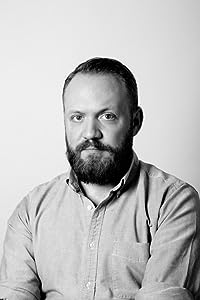 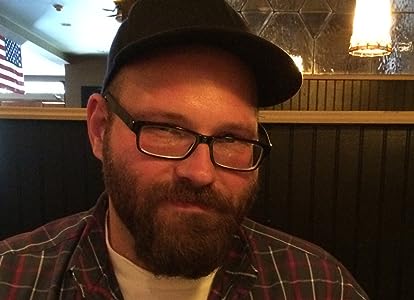 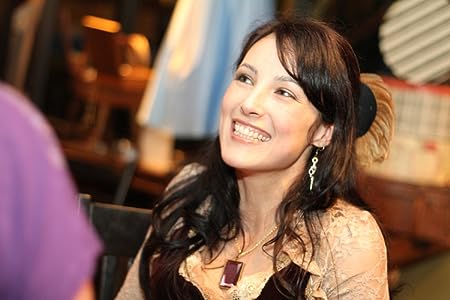 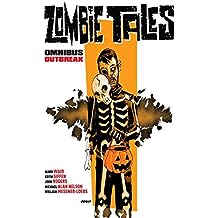 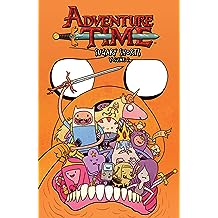 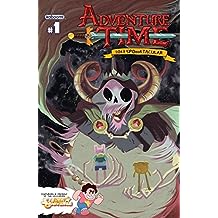 Adventure Time 2013 Spoooktacular Oct 30, 2013
by Jen Bennett , Bryce Carlson , Ming Doyle , Jones Wiedle , Jay Hosler , Kevin Church , Frazer Irving , Jen Vaughn
( 1 )
$1.99
The Spooktacular is a collection of short stories following some of our favorite friends in ADVENTURE TIME. Enjoy Marceline's attempt at being a "good girl", how Fionna and Cake get through their latest adventure and other stories! It's going to be a great time!
Read more 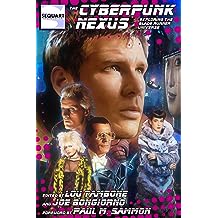 The Cyberpunk Nexus: Exploring the Blade Runner Universe Jul 10, 2018
by Lou Tambone , Bryce Carlson , Rich Handley , Julian Darius , Paul J. Salamoff , Robert Meyer Burnett , Zaki Hasan , Kelli Fitzpatrick , Joe Bongiorno , Paul M. Sammon
( 17 )
$6.99
In 1982, a new benchmark was set for science-fiction film with the release of Blade Runner. Based on the book Do Androids Dream of Electric Sheep? by the acclaimed novelist Philip K. Dick and directed by Ridley Scott, Blade Runner was a visual and philosophical tour-de-force, set in a dystopian future in which artificially intelligent replicants, nearly indistinguishable from humans, are hunted down by police-operatives known as Blade Runners. Featuring the talents of Harrison Ford, Rutger Hauer, Sean Young, Joanna Cassidy, Edward James Olmos, and Darryl Hannah, the film tackled numerous themes and birthed controversies that have been poured over by fans and critics ever since. Blade Runner has also inspired literary and comic-book spin-offs, and a cinematic sequel released in 2017. 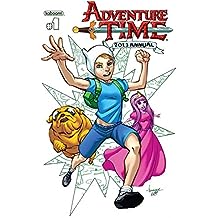 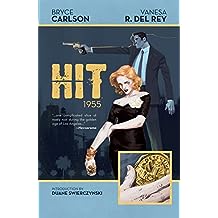 Hit: 1955 Nov 26, 2014
by Bryce Carlson , Vanesa R Del Rey , Vanesa R. Del Rey
( 2 )
$7.49
They say the eyes are the window to the soul. You look at Harvey Slater and you'll see a homicide detective chasing cigarettes with a few fingers of bourbon. You look into his eyes, and you'll see a hitman who spends his nights making "untouchable" criminals disappear for the Los Angeles Police Department. But all it takes is a blonde bombshell from his past and a crime syndicate trying to muscle in while Mickey Cohen's in prison to open Slater's eyes to who he really is. Collects the complete four-issue limited series, features the never-before-seen short story, "Bonnie," and includes an introduction by author Duane Swierczynski.
Read more
Other Formats: Single Issue Magazine 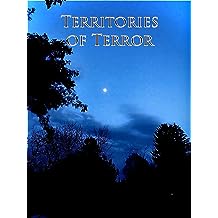 Territories of Terror Mar 17, 2020
by Bryce Carlson
$2.99
Being in a territory you are not familiar with is far from frightening, especially those who have built their ground, their bubbles around their own comforts. Some though do not have a choice when it happens so indirectly and are forced to adapt into those Territories of Terror. 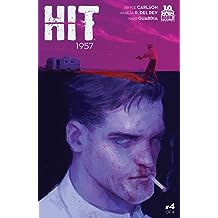 Hit: 1957 #4 Jul 29, 2015
by Bryce Carlson , Vanesa R. Del Rey
$1.99
Final issue! After the shocking events of Issue #3, Slater unleashes his full fury on Domino's gang with the help of Terry Riggs. In L.A., Sticky confronts the Hollywood Hacker on his own and faces a moral dilemma: How far will he go in the name of the Hit Squad?
Read more 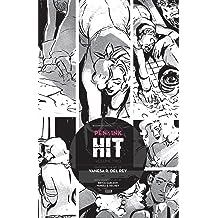 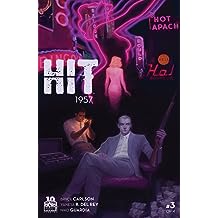 Hit: 1957 #3 Jun 10, 2015
by Bryce Carlson , Vanesa R. Del Rey
$1.99
Slater and Haywood arrive in Las Vegas and meet with an old confidante within Domino's ranks. As they stage an assault to save Bonnie, Sticky tracks down the Hollywood Hacker on his own in L.A.
Read more 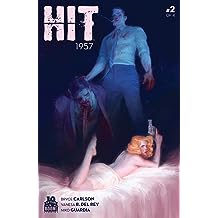 Hit: 1957 #2 Apr 29, 2015
by Bryce Carlson , Vanesa R. Del Rey
$1.99
Tensions are building in the new Hit Squad as Sticky deals with the consequences of his actions and his relationship with Slater continues to fray. Meanwhile, Bonnie finds herself falling for the same old trap as she begins to enjoy her time in Las Vegas with her captor, Vincent.
Read more 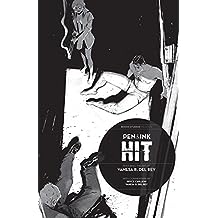 Hit: Pen & Ink #1 Oct 29, 2014
by Bryce Carlson , Vanesa R. Del Rey
$7.99
WHY BOOM! LOVES IT: After the first two PEN & INK books focused on Brian Stelfreeze and Humberto Ramos, we wanted to shine the light on one of our new discoveries, the vastly talented and Russ Manning Most Promising Newcomer Award-nominated Vanesa R. Del Rey (THE EMPTY MAN, ZERO). This edition takes a closer look at her timeless, haunting artwork on HIT, her comics debut.

WHY YOU'LL LOVE IT: Our PEN & INK line is catnip for process junkies and for folks who just love "making of" stuff. This volume collects issues #1-2 of the HIT miniseries, presenting Vanesa's original linework at the true artboard dimensions of 11" x 17", complete with creative, behind-the-scenes commentary from both Vanesa and writer Bryce Carlson.

WHAT IT'S ABOUT: Gain a whole new appreciation of HIT, our critically acclaimed detective noir series set in 1955 Los Angeles. While infamous gangster Mickey Cohen rots in a prison cell, clandestine groups of LAPD detectives moonlight as sanctioned hitmen known as "Hit Squads." Get a deeper understanding of the creative decisions that went into this series with insightful commentary by writer Bryce Carlson and artist Vanesa R. Del Rey.
Read more