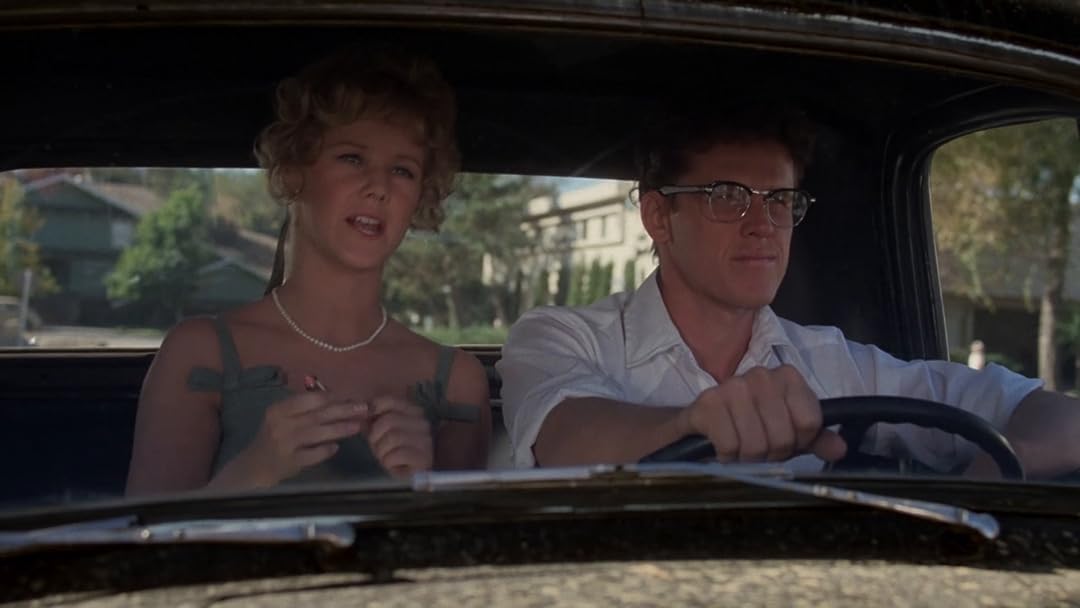 (2,189)
1 h 54 min1978X-RayPG
A chronicle of the rise to stardom and all-too-brief musical career of rock and roll pioneer Buddy Holly, who always aspired to unapologetically play music the way he wanted it to sound up until the moment he died in a plane crash at the age of 22.

The WhipReviewed in the United States on March 8, 2020
5.0 out of 5 stars
This movie is as good or better than you've already heard! Gary Busey!!
Verified purchase
Gary Busey was an underrated actor before and after his Oscar nomination for Best Actor in The Buddy Holly Story (1978)! His kooky sense of humor is on display in this movie's hero, but it just adds to the appeal of Buddy, a fellow Texan who was shy but who clearly enjoyed a good laugh. Buddy's lyrics are full of love, romance, sex and bluesy menace and his guitar playing was magnificent! He probably never played at the Apollo, but he was booked in black clubs on the common mistaken belief that The Crickets were black. And he did record with King Curtis! Hey, just read a biography, even online. The key here is Gary Busey's magnificent performance. Few people who knew Buddy Holly are alive today, but Gary's trio in the movie brings the music back to life. Gary's "finger-synching" is not bad, but it's clear that he recorded the guitar solos before the cameras rolled, and there's some inconsistency between the visual and the audio by "The Crickets". But I suspect that the vocals are a different story. The video and audio of long stretches of tape showing Buddy singing are so perfectly synched that I believe the music by Gary and the band was played from tape but that the vocals were done live in costume before the movie's audiences. Enough. I'm boring you. This movie is more enjoyable now than when I first saw it on TV a couple of years after its release! It is a treat! FIVE BIG STARS! GET YOUR COPY NOW!
12 people found this helpful

M. D. ROY EARLEReviewed in the United States on January 24, 2021
1.0 out of 5 stars
Same old story...
Verified purchase
As noted by other reviewers, this DVD will not play on U.S. players or on either of my two computers.
Nothing whatsoever indicating a specific foreign region appears on Amazon advert or on the DVD itself.
This disc was purchased through Movie Mars, a company I have had good luck with in the past.
Recognize this is not a rating of the movie itself, which I have not seen. It is a complaint and warning to potential buyers of shoddy marketing posted in the only space Amazon has for this sort of statement.

ALAN CHAMBERSReviewed in the United States on September 14, 2017
5.0 out of 5 stars
Great Tribute to Buddy Holly
Verified purchase
Since I was only a kid of seven years old, I don't really recall much about Buddy Holly except hearing his songs on the radio on occasion. As I got older, I began to appreciate the immense talent he had in producing great songs that have stood the test of time up to today. He was surely a pioneer of much of the music style that followed in the sixties. It's sad that he left us so soon, but we'll always have his music to enjoy. Gary Busey did a stellar job in portraying Buddy in this film and at times it seemed like you were actually watching Buddy himself. This is certainly a movie for any Buddy Holly fan.
16 people found this helpful

The beginning is so iconic. Holly is playing at a roller skating rink and does a traditional Country song with absolutely no response. Then he decides to do a Rock tune and everything changes like someone just turned on the lights in the joint.

A couple things that really stood out about the story. 1st Gary Busey as Holly had a vision and an attitude to achieve his vision. He also performs all the songs which was impressive. 2nd it takes pokes at the entertainment industry with people complaining about “Colored music”, telling artists they couldn’t record their own sound, and more. 3rd comedian Paul Mooney played Sam Cooke! I never knew he did serious acting before.

DanaPapaReviewed in the United States on March 1, 2019
5.0 out of 5 stars
Inspiring story of a young talented singer who changed the world of music forever.
Verified purchase
Loved how the story covered the personality of Buddy Holly and his music genius. Never imagined anyone playing the part of Buddy Holly as well as Gary Busey whose performance in this classic music was fantastic and so entertaining.
The movie did not dwell on the tragedy of the plane crash but rather on the joy of music that Buddy Holly and the Crickets brought to young people everywhere.
5 people found this helpful

Kindle customer Susane Kathie HamiltonReviewed in the United States on January 2, 2022
5.0 out of 5 stars
Excellent Movie!!!
Verified purchase
This was a very good movie and I was really happy to be able to purchase it on Amazon. It was delivered in a timely manner and it was priced very fairly too. I really have enjoyed Buddy Holly music and it was very sad that he didn't live to keep singing and become a father. I thought that Gary Busey did a very good job in the role of Buddy Holly. It was a very enjoyable movie, even though the ending was so sad....

R. Edward Merrell, Jr.Reviewed in the United States on January 28, 2013
4.0 out of 5 stars
The story of a rock pioneer.
Verified purchase
Buddy Holly was my favorite rock artist when he was alive and still is. A true pioneer of the genre, setting the template for the standard Rock'N'Roll band: a lead & rhythm guitar, drums & bass. He was also among the first in the genre to write, produce and perform his own songs. He managed to bridge the racial divide and along with Elvis Presley, created a genre of music with it's roots in rockabilly country, and blues inspired R & B. And the songs, beginning w/"That'll be the Day", "Peggy Sue" and running through the innovative "True Love Ways" and "I Guess it Doesn't Matter Anymore", are among the best rock anthems ever written. All this in a career that spanned barely a year and a half. This film is a good commemorative of Holly's life, but it bears little resemblance to the real Buddy Holly story. Notwithstanding, the dramatic performance of Gary Busey as Holly; and the musical performances of Busey, Don Stroud and Charles Martin Smith, as Buddy Holly and the Crickets, are extraordinary and make this a movie worth watching.
8 people found this helpful

JANET CABANReviewed in the United States on August 22, 2013
5.0 out of 5 stars
I LOVED IT , I WATCH IT OVER AND OVER AGAIN. MUCH BETTER THEN THE REAL BUDDY HOLLY STORY
Verified purchase
I WATCH THIS MOVIE OVER AND OVER AGAIN. GARY BUSEY IS VERY CONVINCING AS BUDDY HOLLY HIS STYLE HIS
MANNERISM AND EVEN HIS SINGING IS ON KEY BUSEY DOES HIS OWN SINGING BUT YOU COULD SWEAR IT IS HOLLY.
I LIKE THE WAY THE MOVIE INTRODUCES BUDDY AND THE CRICKETS STARTING OUT IN A ROLLERSKATING RINK AND
HOW THAT I'LL BE THE DAY HIT THE CHARTS AND HOW NASHVILLE CALLED HIM DOWN TO DO A COUNTRY VERSION OF HIS ROCK AND ROLL SONG AND THE BIG FIGHT THAT STARTED OVER PRODUCING HIS SONG, FROM THEN ON EVERYTHING PROGRESSES.AS HE AND THE CRICKETS ARE INVITED TO NEW YORK CITY TO PLAY AT THE APOLLO THEATER. OF COURSE THE MOVIE HAS IT'S HOLLYWOOD DOINGS. HE MEETS THE LOVE OF HIS LIVE ANA MARIA SANTIAGO. AND THEY ARE HAPPY TO STAY IN NEW YORK BUT THE CRICKETS ARE HOME SICK FOR TEXAS. THE ENDING OF THE MOVIE IS PHENOMENAL.
YOU JUST HAVE TO OWN IT AND WATCH IT. ITS A LITTLE LOW BUDGET BUT THE DIRECTOR AND THE PRODUCER ARE TOP CLASS. YOU MUST BUY BUY BUY THIS DVD, MAY BUDDY HOLLY THE BIG BOPPER AND RITCHIE VALENS REST IN PEACE.
6 people found this helpful
See all reviews
Back to top
Get to Know Us
Make Money with Us
Amazon Payment Products
Let Us Help You
EnglishChoose a language for shopping. United StatesChoose a country/region for shopping.
© 1996-2022, Amazon.com, Inc. or its affiliates