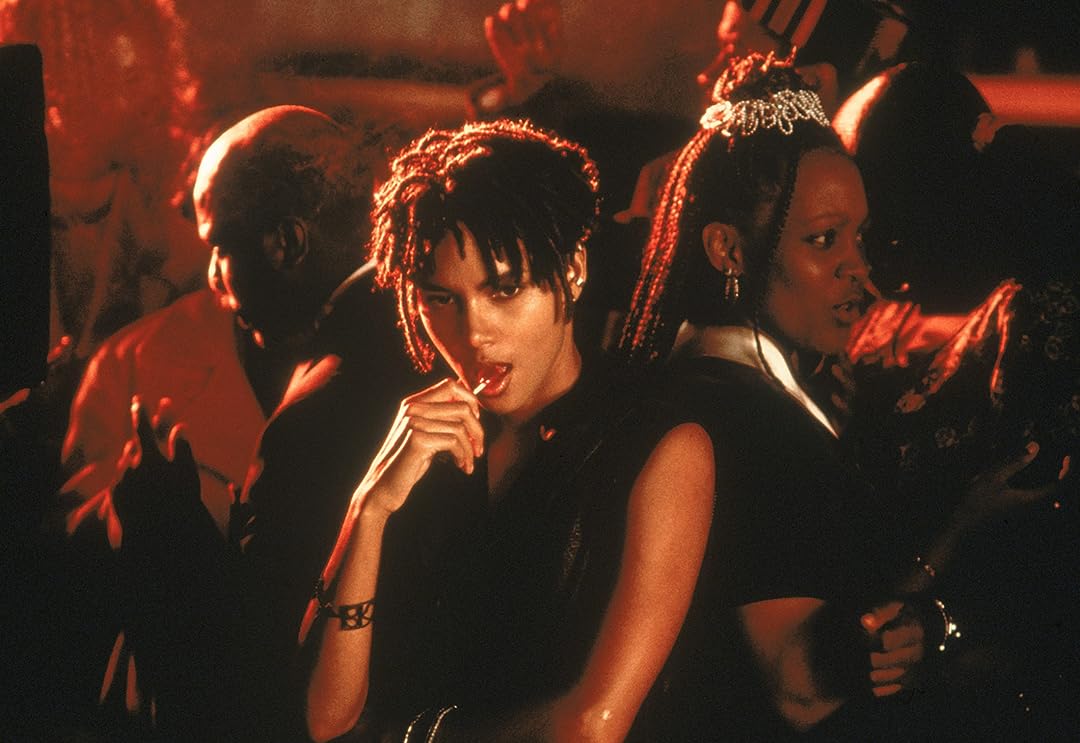 (606)
6.81 h 48 min1998X-RayR
A veteran US Senator decides to end his life by hiring an assassin - then, on no sleep and with nothing to lose, he becomes a hip-hop rapper, bluntly speaking truth to power! With Don Cheadle, Oliver Platt.

Amazon CustomerReviewed in the United States on January 10, 2020
5.0 out of 5 stars
Timeless movie
Verified purchase
For me this was one of Warren Beattys best performance, but because of the message. Wrapped inside a crazy comedy, we understand why Big Pharma and the Sickcare industry does not want us to have socialized medicine and Obamacare is NOT socialized healthcare by any stretch of the imagination. Its "you buy that expensive health insurance or I will hit you in your pocket just the same", healthcare. Joseph Goebbels would have been proud of the Obama administration. This movie also presents in comedy form, how widespread miscegenation is the only way to truly get rid of racism, which I don't think its true, just look at Latin America, there is still racism there despite 100s of years of miscegenation, but I get the point, black and white becomes more unclear and you should be left with no choice but to judge on character as MLK said. The movie also explains why post-1960s the economic well-being of the African-American community went downhil and so did real leaders such as MLK, Malcolm, Black Panthers, Deacons for Defense, where we are just left with poverty pimps like J. Jackson and A. Sharpton and the Bubba Gump lawyer with their fake Diamond Eugene from the T. Martin case. Great movie, a must watch, you get knowledge and laughs and Warren Beatty rapping throughout the whole darn thing and making political sense while doing it, timeless.
2 people found this helpful

Todd30Reviewed in the United States on December 11, 2015
4.0 out of 5 stars
Imagine what it would take for a politician to tell the truth
Verified purchase
It's about a US Senator that is running for re-election. The campaign is going so badly that he has resorted to selling out on his core principles, one of which is a concern for racial justice. As one reporter puts it, he's "an old liberal wine trying to pour himself into a new conservative bottle." Catchy phrase.

He's so distraught that he arranges first to take out a gigantic life insurance policy by (pretending) to sell out to some insurance lobbyists, then to hire a hit man to arrange for his assassination, thus making at least his death worthwhile to his daughter that will receive millions from the insurance policy. Given one weekend to live, he figures, why not just tell it like it is and speak the truth?

The film works because the idea of an honest politician is at once both fascinating and hilarious, like finding an animal previously thought to be extinct doing something funny in a YouTube video. There's also a generous amount of suspense surrounding his planned death; the film works both in regards to the fact that we are worried how things will play out, and as a running gag line about the hypocrisies of our times. It comes up a little short (just a little) in two regards: a little too much focus on just racial justice (there are lots of important issues, after all) and some downright awkward speeches by some elderly homeless guy who jives at the screen with some largely incoherent truth bombs. It's the sort of thing a good editor should catch. It was not caught.

Overall though, I'd recommend the film.

Frank DogheartyReviewed in the United States on October 23, 2021
2.0 out of 5 stars
It would be one star, but there are a few good one-liners and the acting is good
Verified purchase
It is a major problem that the genre is unclear: is this a satire, a romance, or a comedy? The satire part works only until it starts spoonfeeding ideas that might not match most people's opinion or experience. The romance involves race mixing. The comedy dies with the ending.

It strikes me by surprise that already in 1998, PC was so powerful and predictive programming about weather manipulation (they want to blame the average person in order to introduce "carbon allowance," effectively turning everyone into slaves) and so determined to go through with certain agenda. However, they got it correctly that members of all races in the US are closer to each other than to the uber-rich.

ChickenbackcookoffReviewed in the United States on October 12, 2019
5.0 out of 5 stars
One of my favorite films
Verified purchase
This movie convinced me that poor white people have a lot more in common with black people than they do with rich white people.
5 people found this helpful

JeMicheSunshineReviewed in the United States on November 16, 2012
5.0 out of 5 stars
Great Movie...So Relevant Even in 2012!
Verified purchase
When I first saw this movie, I was astonished. Not because of its content, not because of its relevance, not because of its comedic portrayal of times in our USA yester-yesterday, yesterday and today, but because Warren Beatty was responsible for the movie! This movie is a great lesson in relevant things that have been wrong and continue to need to be corrected in our beloved USA society. It is always great to learn and laugh at the same time. Now, it was not a lesson for me, but it will be a lesson to most/many. I liken this movie to modern day movies that are teaching valuable lessons while you laugh, like 'The Other Guys', 'The Campaign', etc. I am not sure how many times these lessons can be imparted because old black & white movies have tried (i.e.: 'You Can't Take It With You [with Lionel Barrymore], etc.), but you will definitely enjoy the improbable, unexpected comedy of the movie. Even if the message of the movie escapes you, it is impossible not to enjoy the wit and genius of Bulworth! It is a classic worth visiting and seeing again and again! It is fun with a purpose! Well worth the purchase price (it was a steal!). And there are a lot of good actors in this movie as well! Bravo Warren Beatty! Watch the movie and be totally entertained.

L3OPARD_L33Reviewed in the United States on January 11, 2021
5.0 out of 5 stars
Best Warren Beatty Comedy of all time... To Date. And still extremely relevant!!
Verified purchase
This is one of Warren best-ever comedies saw it in the the movie theater at the end of high school and I rolled on a floor laughing as I still do 22 years later. I recommend this to anybody and being Rated-R isn't relevant today because most likely would be about PG-13 in this current age we live in.
One person found this helpful

StephanieReviewed in the United States on August 24, 2018
5.0 out of 5 stars
Everyone must watch this.
Verified purchase
I don't consider myself a liberal, but I loved this film. Can't help but wonder what it would be like for politicians to just tell it like this
4 people found this helpful

Annie Van AukenReviewed in the United States on May 27, 2014
4.0 out of 5 stars
Bullworth: "You know, there's a lesson here, which is: never try to make life or death decisions when you're feeling suicidal."
Verified purchase
Warren Beatty co-wrote and directed this story of a liberal California senator who embraces the hiphop culture while alienating big money interests by telling the truth about them and politics. The suicidal politician takes out a $10 million insurance policy and hires a guy to provide a hitman to knock himself off, then changes his mind, but is killed for other reasons.

Shocking vulgarities (including 111 f-wórds and variations), especially from ghetto children, and an unhappy ending mar this often amusing comedy.

(6.9) Bulworth (1998) - Warren Beatty/Halle Berry/Oliver Platt/Jack Warden/Sean Astin/Paul Sorvino/Larry King/Don Cheadle/Nora Dunn/Jackie Gayle
2 people found this helpful
See all reviews
Back to top
Get to Know Us
Make Money with Us
Amazon Payment Products
Let Us Help You
EnglishChoose a language for shopping. United StatesChoose a country/region for shopping.
© 1996-2021, Amazon.com, Inc. or its affiliates