Usually ships within 1 to 2 months. 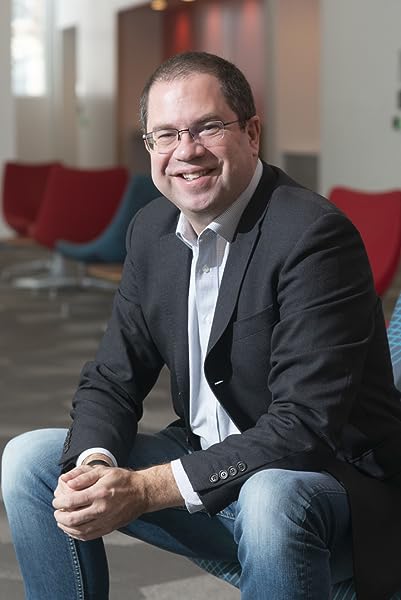 by Michele Lise Tarter (Editor), Richard Bell (Editor)
4.0 out of 5 stars 1 rating
See all formats and editions
Sorry, there was a problem loading this page. Try again.

Buried Lives offers the first critical examination of the experience of imprisonment in early America. These interdisciplinary essays investigate several carceral institutions to show how confinement shaped identity, politics, and the social imaginary both in the colonies and in the new nation. The historians and literary scholars included in this volume offer a complement and corrective to conventional understandings of incarceration that privilege the intentions of those in power over the experiences of prisoners.

Considering such varied settings as jails, penitentiaries, almshouses, workhouses, floating prison ships, and plantations, the contributors reconstruct the struggles of people imprisoned in locations from Antigua to Boston. The essays draw upon a rich array of archival sources from the seventeenth century to the eve of the Civil War, including warden logs, petitions, execution sermons, physicians’ clinical notes, private letters, newspaper articles, runaway slave advertisements, and legal documents. Through the voices, bodies, and texts of the incarcerated, Buried Lives reveals the largely ignored experiences of inmates who contested their subjection to regimes of power.

Buried Lives is an antidote to the Rothman/Foucault/Ignatieff trilogy that emphasizes prisons as engines of the state. Intersecting several historical fields, the collection draws from studies on slavery and abolition, reform, poverty and the working class, personal narratives, and print culture. The variety of sources and methodologies employed underlines the book’s potency as a revisionist project. The essays make good use of overlooked or not-so-obvious sources to tease out experiences, incidents, attitudes, and expressions of those incarcerated as well as their keepers.

-- Susan Branson ― author of Dangerous to Know: Women, Crime, and Notoriety in the Early Republic

A challenging and thought-provoking collection. Prison history tends to focus on the founding elite and to assume that their initial visions were in fact carried out in practice. These lively studies uncover the quotidian realities of guards, clergy, and inmates to counter these assumptions and challenge some dominant theories of the meaning of incarceration. The scholarship is first-rate, based on original archival research into previously obscure sources. Combined, these essays produce a fresh look at the roots of modern penal practices and at the resistance offered by those in these institutions.

Buried Lives is a welcomed intervention in penal history. By centrally locating inmates, this phenomenal collection of essays spotlights varied voices and incarceration experiences that speak provocatively about the flawed relationship between criminal 'justice' and American democracy.

Buried Lives is a strong addition to any collection dedicated to crime and punishment throughout history.

Buried Lives is an important volume for scholars of the history of punishment, as well as those interested in early and antebellum American history, slavery and antislavery, the history of poverty, and the development of American literary and print media forms.

The essays in [Buried Lives] have done an admirable job of bringing women, servants, slaves, and the poor to the center of the history of early American. Buried Lives will enrich and enliven undergraduate and graduate survey courses in law and history departments.

The book’s contents reflect its geographic origins (about half the volume centers on 18th-century Philadelphia), but as a whole, it lives up to its goal ‘to break incarceration free’ from the ‘historiographical roots’ planted by Michel Foucault, Michael Ignatieff, and David Rothman. . . . Those previously buried lives include ‘vicious men, calculating women, diffident drunks, runaway slaves, immigrant workers, homeless children, victims of domestic abuse and sexual assault . . . the vagrant, the poor, and the enslaved,’ all of which help complicate and enrich the understanding of incarceration in the early U.S.

This interdisciplinary approach to the study of punishment in early America provides a much-needed bridge to histories of twentieth-century penal regimes and current prisoners’ rights advocacy movements.

MICHELE LISE TARTER is an associate professor of English at the College of New Jersey. She is coeditor of A Centre of Wonders: The Body in Early America.

Richard Bell is an assistant professor of history at the University of Maryland, College Park. He is the author of We Shall Be No More: Suicide and Self-Government in the Newly United States.

SUSAN EVA O'DONOVAN is an associate professor of history at the University of Memphis. She is the author of Becoming Free in the Cotton South and coeditor of two volumes of Freedom: A Documentary History of Emancipation, 1861–1867, part of the ongoing scholarship of the Freedmen and Southern Society Project at the University of Maryland. She is also codirector of the Memphis Massacre Project.

M. Pickering
4.0 out of 5 stars Four Stars
Reviewed in the United States on December 24, 2014
Verified Purchase
Excellent work that is also very readable.
Read more
2 people found this helpful
Helpful
Report abuse
See all reviews
Back to top
Get to Know Us
Make Money with Us
Amazon Payment Products
Let Us Help You
EnglishChoose a language for shopping. United StatesChoose a country/region for shopping.
© 1996-2021, Amazon.com, Inc. or its affiliates