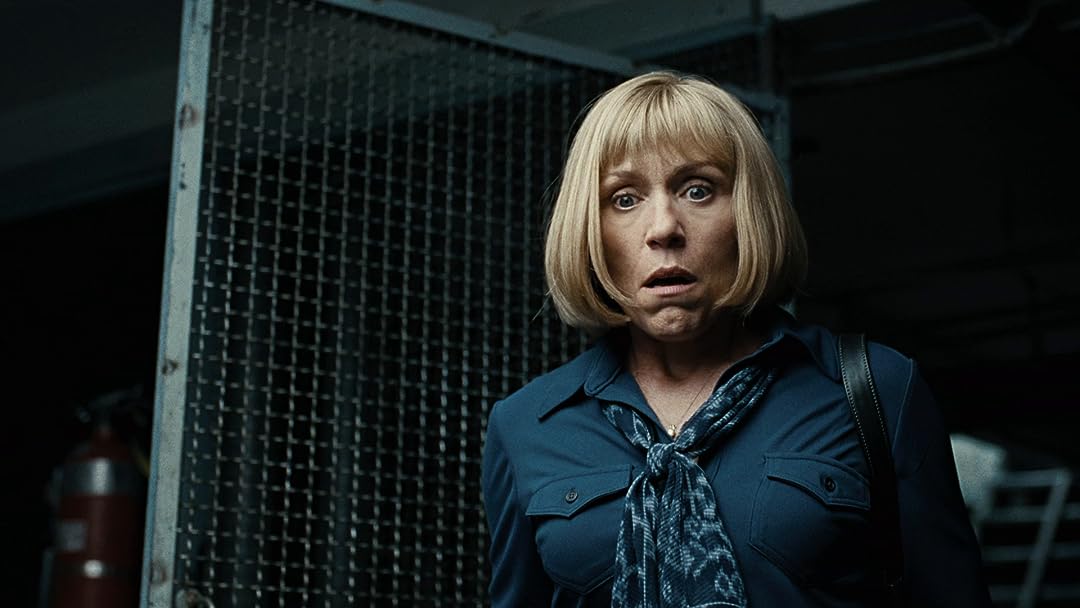 End of the movie pretty much sums it up: A bit character says something like: get back to me when any of this turns into something....Fade out.

joel wingReviewed in the United States on May 14, 2020
2.0 out of 5 stars
Middle aged people unhappy growing old so they make a bunch of stupid decisions
Verified purchase
The Coen Brothers always get complemented for quirky stories and writing. That didn’t quite work out with Burn After Reading. The story was about disgruntled people and the consequences of their actions.

John Malkovich played CIA analyst Osbourne Cox who gets demoted at his work and quits as a result. He decides to write a memoir to brag about his career. His wife Katie played by Tilda Swinton is a doctor who is cheating on him with Harry Pfarrer (George Clooney) who is a U.S. Marshal. He is sleeping with a number of other women as well. That includes Linda (Frances McDormand) who works at a gym and wants plastic surgery because she’s unhappy with her looks. Things go wrong when a copy of Osbourne’s memoir is left Linda’s gym and she decides to try to make money off of returning it. None of these people are happy with themselves so they make a series of poor choices. The problem is none of the stories are interesting. This is about a bunch of middle aged people who don’t like getting old and try to do a bunch of stupid things to feel younger.
C

Ivo ShandorReviewed in the United States on October 10, 2019
4.0 out of 5 stars
AN UNPOLISHED GEM THAT NEEDS A CHASER
Verified purchase
This is probably not one of the Coen brothers’ better-known films, which is a shame because it is a well-constructed farce that appears to have been made 10 years too early, given that it perfectly encapsulates the wackiness of the current political arena (including the Russian element). The plot machinations are so zany that the film needs a chaser; after watching this you’ll need to follow it with a boring mainstream drama film (“Lady Bird” and their ilk) to regain some sense of normal reality.

Although all of the actors nail their performances brilliantly, the film itself is not perfect. Several of the main plot points (including the climax) happen off-screen, leading one to think that perhaps they ran out of time and/or money and weren’t able to finish shooting all of the scenes the script needed, and had to edit together what footage they had.

A remake might not be a bad idea, not only to bring it into the modern era (flash drives instead of CD-ROMs) but also to add the missing scenes that would smooth out the rough bits and make it the polished gem it deserves to be.
24 people found this helpful

William J. T. MitchellReviewed in the United States on December 20, 2020
1.0 out of 5 stars
Perhaps the worst film the Cohen Bros. have ever made.
Verified purchase
Despite an all-star cast (mostly miscast however) the script of this turkey is beyond belief. MOst egregious, it takes a potentially funny premise of stupid blackmailing and turns it from comedy into a string of senseless murders. A gun hanging in a holster in the first act will surely go off in the final act. But this one plugs Brad Pitt in the forehead without even leaving the holster. I am sorry to say that this is complete crap. And I love the C Bros.
23 people found this helpful

AQReviewed in the United States on June 15, 2021
1.0 out of 5 stars
I'd give it zero stars
Verified purchase
Why this movie has a star cast, I don't even know but it's a complete waste of time in my opinion. Why does it have 4.7 stars rating? A silly mid age woman wants several plastic surgeries to 'reinvent' herself. She convinces two co-works to break in a person's house for the money, whom they both get killed for intrusion. Another guy goes into a coma from lieu of events. And in the end silly women gets her money for surgery to tell CIA "what really happened". End of story. There you have it. Honestly, nothing to see here.
17 people found this helpful

Movies Are CinemaReviewed in the United States on February 7, 2019
5.0 out of 5 stars
Spy’s, Guns, Lunacy. Wacked Out Script Brings Fun to the Screen!
Verified purchase
Darn I love this flick! Great tongue in cheek performances, awesome twists and turns in the plot, bumbling CIA and secret agents, and more! Not a Clooney fan, but he shines here, as do most of the cast. This a a Coen Brothers gem. The performances alone invite you to watch this several times over the years. Fun!
22 people found this helpful

Lauras1316Reviewed in the United States on February 7, 2021
1.0 out of 5 stars
Horrible
Verified purchase
I have no idea why so many people think this movie is hysterical. It's stupid, crude, certainly not family appropriate. Total waste of time and money. How can i get that hour and a half of my life back???
12 people found this helpful

Amazon CustomerReviewed in the United States on June 10, 2021
1.0 out of 5 stars
This MIGHT have been an interesting and dramatically satisfying movie.....
Verified purchase
.....with a semi-all star cast, if only they had figured out just what they were trying to convey (comedy, suspense, drama, all of the above?) and also if they had actually finished it. As it is a clunker conclusion, befitting screenwriters who apparently can't pen a single paragraph without multiple F-bombs. Waste of time.
9 people found this helpful
See all reviews
Back to top
Get to Know Us
Make Money with Us
Amazon Payment Products
Let Us Help You
EnglishChoose a language for shopping. United StatesChoose a country/region for shopping.
© 1996-2021, Amazon.com, Inc. or its affiliates