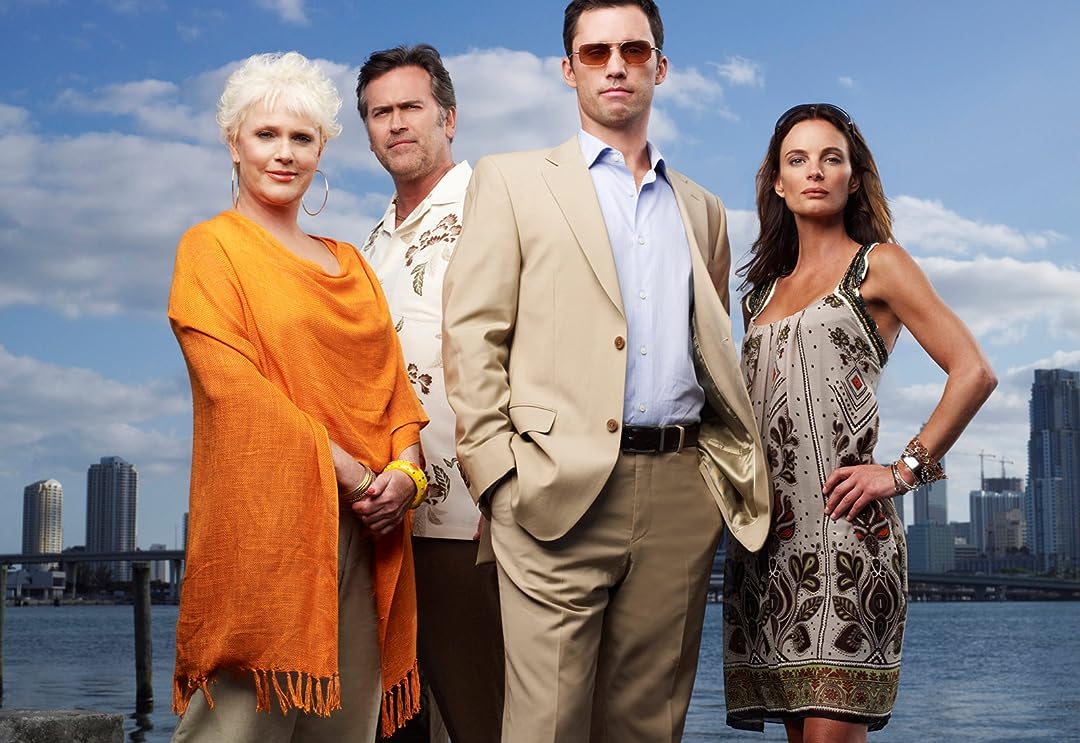 Amazon CustomerReviewed in the United States on October 28, 2020
2.0 out of 5 stars
Fionas eye brows are her worst/best feature.
Verified purchase
Liability = fiona.
Besides being ugly with those new eyebrows, she represents the definition of an unprofessional emotional liability. It would be safer to kill her than keep her around operations... Terribly written character.

Outside of eyebrowness. The show takes some interesting and fun turns with the usual bad tactics and guns clicking just because they are pointed.

Colonel DReviewed in the United States on July 13, 2016
4.0 out of 5 stars
Another great Season of Burn Notice
Verified purchase
Season 6 of Burn Notice makes up for a somewhat less than stellar Season 5. Personally I have never liked the plot device of inserting a primary character in prison. Sure it's understandable that writers want to amp up the drama by putting someone viewers care about into jeopardy but the prison scenario has been overdone and is so full of cliches that it's painful to watch. The season of the excellent "Justified" where Ava Crowder was in jail was the worst- everytime the action switched to that storyline it was tedious. That said, my fears for more of the same this season with Fiona in prison were not assuaged by the first few episodes. Fiona went through the usual prison stuff (threatened by other cons, dealing with corrupt guards, etc.) and it looked bleak but happily Matt Nix and company bail her out after a few episodes. Afterwards the show really picks up steam and was back to the great action packed series the fans love. Some crazy things happen and the killing off of a significant recurring character was quite a surprise too. So glad Nix and his team have redeemed this great series and I'll be sad to watch the final Season 7 knowing it's all over. Surprising technical glitch was when gun-happy Fiona threatens to give a guy a "9mm tracheotomy" when she's holding a Walther PPK on him. The problem is the PPK is not chambered for 9mm; .22 and .380 yes, but no 9mm.
4 people found this helpful

TrailsEndReviewed in the United States on July 30, 2013
5.0 out of 5 stars
Needed to buy series Six to view series Seven
Verified purchase
We discovered Burn Notice late in the game--after Season 5 had already started. iTunes got us hooked by providing several old episodes "free". I shared them with my husband and we found the earlier seasons streaming on Netflix. Burn Notice is a good series that both men and women will enjoy. Good personalities, enough drama and campy enough not to take itself too seriously. Plus the "tips on how to be a spy" are priceless. I found that Season 6 wasn't out in streaming and season 7 will be the end of the series. We didn't want to risk finding out "how it ends" before seeing this season. So, for the cost of a couple of tickets to the movies we bought the series and watched it all in a few-day marathon. The quality of the DVDs were fine on our DVD player and I was happy with the purchases and the quick arrival (Amazon Prime free 2 day).
3 people found this helpful

D. BarabinoReviewed in the United States on November 3, 2012
5.0 out of 5 stars
A good TV show for Action Lovers
Verified purchase
Great show with action, humor, and a few life lessons. Burn Notice, is a good show with good actors who make spying look as dangerous as it should be. It is a treat to see Sharon Gless, former star of Cagney and Lacey, run roughshod over the group of spies as Maddy Western the matriarch. There are even episodes where what the spies do can be viewed as funny. What it best about the show is that the shooting and blowing things up are not glossed over. They are acknowledged to be awful realities of going outside of social niceties to achieve an objective.

My favorite character is Fiona the trigger happy bomber. Even she has standards of decency that can be respected. All in all Burn Notice on the USA network is a good show into its sixth season interesting enough for me to purchase it.

Arthur BradleyReviewed in the United States on August 20, 2013
3.0 out of 5 stars
Uneven but still some enjoyable shows
Verified purchase
Season Six was a bit of a departure for Burn Notice. First of all, the title no longer makes any sense, since he's not a burned spy anymore. Actually, he's a fugitive for most of this season. There are some really good shows, such as the one where he visits Fiona in prison, and there are some real stinkers too. Overall, the episodes are more serious with main characters getting shot, imprisoned, or even killed. Some of it you have to wonder why it was done, since it did little to advance the show. The events surrounding Nate, for example, seemed kind of pointless. Also, I found the anger scenes to be very forced when Michael tries to get Fiona out of prison. I enjoy the show, but this wasn't my favorite season. I hope it's not a sign of things going downhill.
2 people found this helpful

MRBReviewed in the United States on March 9, 2013
3.0 out of 5 stars
Too much melodrama, not enough drama
Verified purchase
My wife and I were strong fans of the early seasons: this season we now let episodes pile up and then we watch one or two. The writing is not as strong as it was in the early seasons: Michael's voice-over narration replaces on-screen character development; Sam no longer brings any life to the story; Fiona doesn't even seem to enjoy blowing things up any more (though the "Fiona in jail" episodes worked.) The humor is gone: no jokes, all grim faces. Michael's arch-enemies are increasingly over the top: the need to find new ways to make Michael unjustly persecuted -- new "burned" scenarios -- just isn't working. Even Miami doesn't have much of a visual role: one on-ramp or hotel balcony or warehouse looks pretty much every other one. Jeffrey Donovan's ability to "become" different characters and his communicative smile are lost in the new stories so far. We hope the writers manage to give everyone back a personality.
12 people found this helpful

MrMarkusReviewed in the United States on June 9, 2013
5.0 out of 5 stars
Love this show!
Verified purchase
As cornball as this show can be, at times, season 6 is actually the best season so far (in my opinion). Where shows from earlier seasons centered on individual plots, season 6 has a really good story line that keeps you wanting more. I did say it was a bit cornball at times didn't I : )

Watched the first 5 seasons on Netflix and then had the DVR set to record new episodes, but somehow I missed the entirity of season 6. Glad to find it on Amazon for a reasonable price. The video and audio quality of streaming from Amazon is very good even though I opted to purchase the SD version.

I will probably purchase more TV shows and movies from Amazon now that I've experienced the quality of their streaming service. Although it might be nice if they could offer a monthly streaming service similar to Netflix.

Uncle NuNuReviewed in the United States on February 13, 2013
5.0 out of 5 stars
Top-Notch Action & Drama with a Dash of Romance!
Verified purchase
I fell into Burn Notice about 8 months ago on Netflix. Before then I had never seen a single episode. I liked the action and interesting Michael Westen voice-overs explaining the spy business. My wife didn't care too much for it. By the time I was "burning" through season 3, The characters had matured, Sharon Gless was no longer treated like a stooge and the writing was solid. My wife was hooked after E10- the episode that reunited "Cagney & Lacey". It was fun watching Gless & Daly working together yet again!

On to Season 6: I'm only through E3, but the Fiona prison visit by Michael had my wife reaching for Kleenex. I won't provide any spoilers here, but so far if you have ever had any enthusiasm for Burn Notice, you will LOVE Season 6! The writing, acting & scenery are superb!
2 people found this helpful
See all reviews
Back to top
Get to Know Us
Make Money with Us
Amazon Payment Products
Let Us Help You
EnglishChoose a language for shopping. United StatesChoose a country/region for shopping.
© 1996-2021, Amazon.com, Inc. or its affiliates