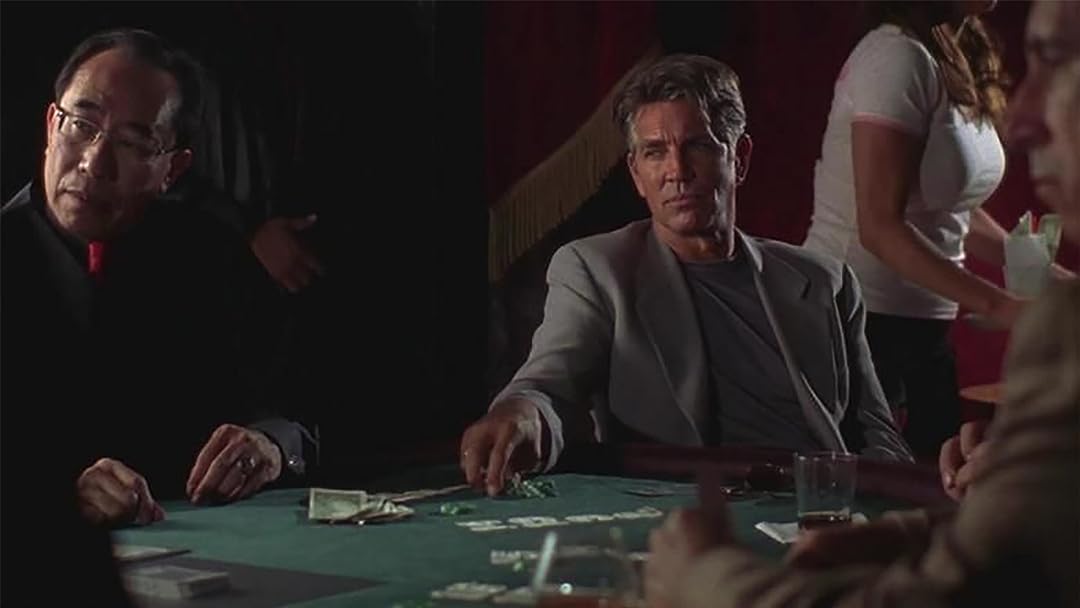 Eric W BaumgartnerReviewed in the United States on August 15, 2020
2.0 out of 5 stars
So, so predictable
Verified purchase
This movie is shot-for-shot predictable. Twenty minutes in I knew how it would end. Who would die. Who would live. Who ends up with money. As you watch a scene it's obvious where the next scene will take place and what will happen.

Which is all okay, I guess, if the other aspects of the film are very good. But unfortunately they aren't. Eric Roberts' performance is wooden in the lead role, and he's too old for the part. The other actors turn in serviceable performances, particularly Robert Davi and Irina Björklund. The special effects aren't good at all. Whoever did the fight choreography doesn't understand guns. Pacing is slow and robs the action of its excitement.

All in all it's probably not worth your time unless you're a die-hard Roberts fan or you've never seen a movie in the "enforcer is betrayed by his boss and is forced to shoot everyone" movie genre.

UpInTheAirReviewed in the United States on August 11, 2020
2.0 out of 5 stars
How many of these reviews are real?
Verified purchase
This is the first question that came to mind after watching this stinker of a film. Some of the most wooden acting I've ever seen, especially horrible is the mob guy at the end. This is like watching a high school play, where all the students had conflicting homework assignments. Sorry I spent the time on it.
3 people found this helpful

pcsnakeReviewed in the United States on May 26, 2021
4.0 out of 5 stars
Good bad guy movie with action and even a kind of plot
Verified purchase
I liked this movie. It was just what it was supposed to be. Tough, brutal,
revenge, had a pretty girl, lots of action, and a plot. Sure it was predictable
but that was good too. I wanted to watch this kind of movie and would have
been annoyed if it was about lack of social graces at a tea party and gossip
about a poorly dressed neighbor. So it is exactly what one would expected it to be.
I recommend it.

WalterMelvinRobertsIIIReviewed in the United States on August 17, 2020
4.0 out of 5 stars
Solid Bloody Crime Drama
Verified purchase
I watched this all the way to the end with very little impatience. A lot of very good actors in this film. Not necessarily performances -- but actors one enjoys watching. Also, the romantic angle was not too much of a distraction. Eric Roberts was good. I enjoyed it.
One person found this helpful

Amazon CustomerReviewed in the United States on August 30, 2020
2.0 out of 5 stars
terrible acting by the main character and completely unbelievable
Verified purchase
fight scenes. Like he is Jesus Christ walking through a hail of bullets untouched.

L. A. KruegerReviewed in the United States on August 20, 2020
2.0 out of 5 stars
Like watching a train wreck.
Verified purchase
This movie has it all. Bad script. Bad Acting. Bad cast, in spite of some big names. Did I mention bad acting?

D. Raymond HobartReviewed in the United States on February 27, 2010
5.0 out of 5 stars
So blood-soaked that it makes "The Departed" look like a chick flick!
Verified purchase
I was pleasantly surprised after viewing this gem. After a slow start with a lot of driving and seemingly pointless discussions, the films quickly picks up the pace.
While the language isn't as vile, it's a much bloodier film than, say, the Departed. It doesn't use the male-posturing crap that other movies seem to do to justify the carnage, either. Eric Roberts appears as if he's sleepwalking in the early scenes and I thought I was in for another straight-to-DVD snoozer.
Wrong!
While not portraying a "deep" character (after all, he is a hitman!), Roberts can handle the heavy ordnance with the best of them. (Refreshingly, he doesn't bust out crying in this one, folks.)
The film has its plot holes and silliness and is far from perfect. None the less, I give it a 9.5 out of 10. I sincerely recommend. Very well made.
6 people found this helpful
See all reviews
Back to top
Get to Know Us
Make Money with Us
Amazon Payment Products
Let Us Help You
EnglishChoose a language for shopping. United StatesChoose a country/region for shopping.
© 1996-2022, Amazon.com, Inc. or its affiliates