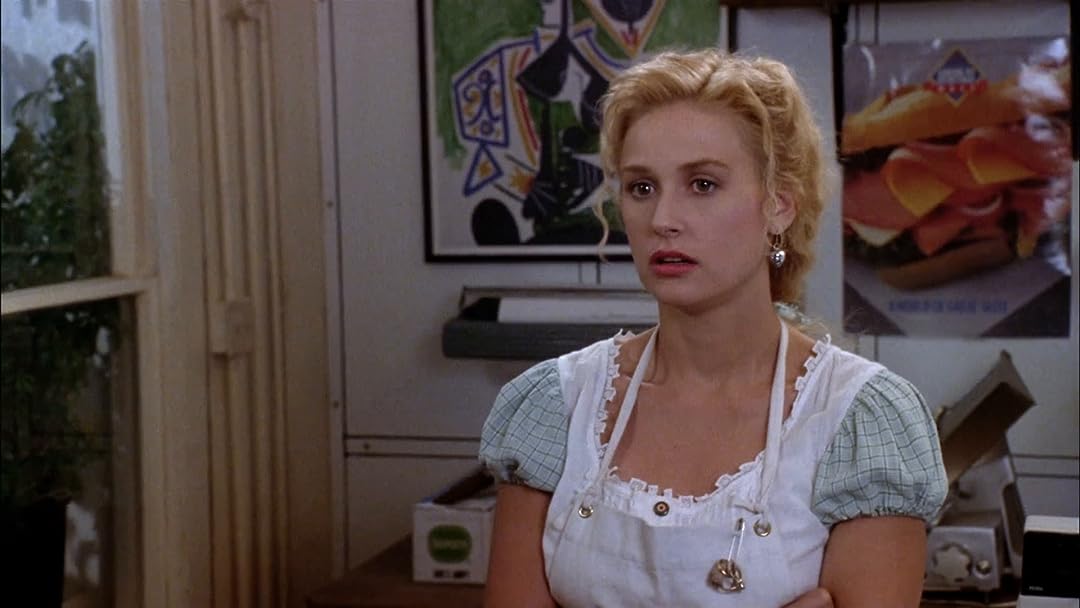 (728)
5.41 h 44 min1991X-RayPG-13
HD. A beautiful psychic (Demi Moore) from North Carolina changes the lives of her Greenwich Village neighbors in this romantic comedy-fantasy.

Native TexanReviewed in the United States on October 4, 2019
5.0 out of 5 stars
Watch this movie, you'll have a great time. Clever, fun and funny!
Verified purchase
This movie is completely enjoyable. It's a fun movie with great characters in a feel-good comedy story. It's a magical reality film that was ahead of its time.
I don't think the critics of the early nineties knew what to do with it. Maybe it didn't have enough dire and convoluted themes for the critics, I really don't know. Reviews were poor but when I talk to people about it, if they've see it, they love it.
For one thing, Demi Moore plays a psychic from rural South Carolina, simple but not stupid, a young woman determined to find her destiny. I don't think critics wanted to see her in that role but she is delightful. Mary Steenburgen is a mousy church choir director who desperately wants to be a Blues singer. She manages to create a character that I absolutely recognize, someone who is funny and quirky, but not a stereotype. Jeff Daniels is a psychiatrist who overthinks everything and so of course he is, as my father used to say, "cruisin' for a bruisin'" when it comes to romance.
There is also a charming lesbian love story subplot with Frances McDormand, something unusual for the time. Colorful local characters fill out the cast and very successfully create an urban fantasy wonderland.
It's really hard to find a good magical realism film, but this movie is one of the best. I think it's going to become more popular as time goes on and people start to realize what it is and quit trying to make it what it isn't.
Watch this movie and you'll go to a magical place and have a great time.

LanaReviewed in the United States on July 2, 2020
5.0 out of 5 stars
Love is unpredictable no matter how many ways you have to look for it!
Verified purchase
This is a sweet romantic comedy in which a clairvoyant played by a blonde (Demi Moore) named Marina, mistakes a butcher from New York (George Dzundza), for her predestined husband that had come to her in a dream. They immediately get married. George, who can't believe his luck, takes his bride back to New York, where her magical powers have a positive affect on the entire neighborhood including George's customers.

As everyone seems to be getting their lives together following Marina's advice, the local psychiatrist, (Jeff Daniels), is becoming more disrupted. He's losing patients. They don't need him anymore. And he is fighting this strong attraction towards "The Butcher's Wife." At the same time that George is spooked by Marina knowing things before they happen, Marina is realizing that she can see others futures much clearer than her own.

The film uses several phenomena for meeting a love mate, making love stronger, seal love, bringing about love, luck and happiness. This is played for fun. This is not a witchcraft movie.

Directed by Terry Hughes. Also starring Mary Steenburgen, who sings in this film. The DVD was in new condition with great picture and sound. Front and back covers in English. No Special Features.
2 people found this helpful

Antony SteeleReviewed in the United States on October 6, 2020
4.0 out of 5 stars
Sorry the Critics Skewered this film, but I found it Ok.
Verified purchase
I thought the movie was kind of a cute and mystical romantic comedy, but the writing could have been a bit better. I actually liked Demi Moore in this role, and it gave some depth to her overall acting spectrum. Jeff Daniels was hilarious in his role of the know it all Shrink, who does not know it all. I would watch it again but it is a "light" movie and I wish it had a bit more depth and better writing.
3 people found this helpful

Lori V.Reviewed in the United States on June 16, 2019
5.0 out of 5 stars
How did I ever not see this????
Verified purchase
OMG! I am a complete sucker for true love and romance and this movie, to me, was just magic and I didn't want it to end. Charming, funny and true love....what could be better than that? Don't even hesitate to watch this.
7 people found this helpful

avid reader U.S.Reviewed in the United States on February 9, 2020
1.0 out of 5 stars
oops this is for region 2 playing
Verified purchase
I had seen this movie before and ordered the DVD. I tried several times to play the DVD and it would say cannot play in this region. The outside of the video shows info in English, but the DVD has writing in Spanish. So I ordered or was sent a DVD unplayable in my region. It is not worth returning so I will trash it. Disappointed.
2 people found this helpful

Amazon CustomerReviewed in the United States on August 9, 2021
5.0 out of 5 stars
Very Entertaining Film
Verified purchase
this film is a real sleeper. It is loaded with star power and the actors deliver first rate performances, especially the females. The story requires the viewer to use her/his imagination to make the film click. The plot is easy to handle, and the romanice liaisons develop in a steady and reassuring way. Demi Moore, Frances McDormon and Mary Steenburgen are terrific in this film.
One person found this helpful

HondoReviewed in the United States on January 4, 2020
3.0 out of 5 stars
Not Grade A
Verified purchase
This was a decent, not great movie. There are some scenes where I'm more intrigued by the minor characters than by the major characters (especially a psychologist/psychiatrist client whose antics in the background really steal the scene from the major characters). I wouldn't watch the whole movie again, but if I came across it on TV, I'd hope to catch that scene again.
One person found this helpful

Nancy DockenReviewed in the United States on September 3, 2015
5.0 out of 5 stars
Really fun!
Verified purchase
The Butcher's Wife may not be truly great film making, but it certainly is a lot of fun! George Dzundza is delightful as Leo Lemke, a butcher from New York City who goes on vacation and brings home Demi Moore as his bride. Soon, she has most of the neighborhood wrapped around her little finger with her beauty and gift for knowing things about their future. However, the one person she irritates is the psychologist across the street, played by Jeff Daniels. It's a sweet, funny feelgood film.
6 people found this helpful
See all reviews
Back to top
Get to Know Us
Make Money with Us
Amazon Payment Products
Let Us Help You
EnglishChoose a language for shopping. United StatesChoose a country/region for shopping.
© 1996-2022, Amazon.com, Inc. or its affiliates