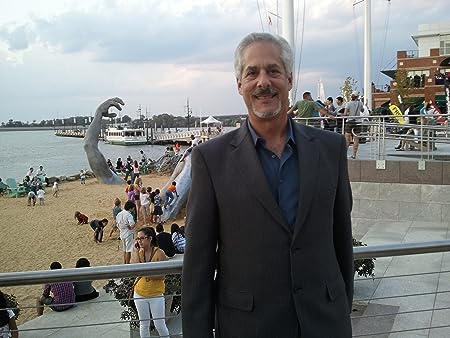 C. Lloyd Preville grew up in Oakland, California racing motorcycles through the Oakland/Berkeley hills and playing the electric bass guitar in a garage band. His band started sounding pretty good and they began to tour. At the age of 20 he was presented with three options for his career: rock musician, uncertain future to be sure; follow his older brother's footsteps and become an engineer, that seemed kind of boring; or do something else, something crazy.

Mr. Preville decided to strike out in a new direction and joined one of the first two personal computer companies on the planet, IMSAI Manufacturing Corp. He was then recruited by ComputerLand, an IMSAI spin-off, as their first franchise sales rep. After that, Mr. Preville managed Wang Laboratories' dealer program in Los Angeles, and then joined Plexus Computers, one of the first UNIX microcomputer manufacturers. All of these companies were successful in their day, offering disruptive technologies that changed the computer industry forever.

He's also the father of four daughters, including identical triplets, and a newlywed graced with a loving wife, two dogs, and a cat. There's lots of literal and figurative tail wagging in his happy life these days. 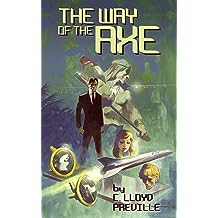 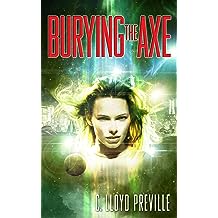 Burying the Axe (The Axe Series Book 3) Oct 28, 2015
by C. Lloyd Preville, Stephen Youll
( 2 )
$2.99
It's 2044 and three entrepreneurs rocked the world with Hydron, a new material that cheaply stores an immense amount of energy and also functions as a solid-state rocket motor. The humans use the material to venture out into space.

There they encounter the Resolvers, a highly advanced technology culture, who gives them some hints about faster than light travel to help humanity develop its potential. Bud, the scientist of the team, proves he can bend gravity with a lens made from intense light, just as light is bent by a lens formed from intense gravity like that produced by a black hole. Bud builds a faster-than-light engine with it. Humanity is no longer trapped near planet earth; now they are free to explore the galaxy and negotiate with its many cultures.

Ruby, one of an advanced race of nanorobotic-based life forms, assumes human appearance and takes a shine to Davis, the negotiator of the group. She’s attracted to Davis because he’s smart, and since her kind can change appearance as desired, it’s not how people look, she says, it’s how they think that matters.

Back at Cole Hydronics corporate headquarters Karen, the ruthless investment banker and financier of the team, feels neglected and overworked. She once again plots the hostile takeover of the company and this time, she intends to succeed. But Davis doesn't notice what Karen’s up to, since he has a plate full of Alien girlfriend drama. Ruby has abilities he never imagined. 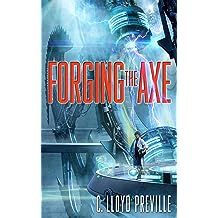 Forging the Axe (The Axe Series Book 2) May 30, 2015
by C. Lloyd Preville, Stephen Youll
( 3 )
$2.99
Book 2 of the Axe series, “Forging the Axe”, is about three highly successful entrepreneurs: a master negotiator, a ruthless investment banker, and a nanotech scientist. After building a huge new company with their innovative Hydron super-battery, they have the opportunity to trade their Hydron recipe for the design of an advanced alien matter transmitter. Is humanity ready for such advanced technology? The aliens are skeptical; they think it’s like handing a loaded gun to a baby.

Bud, the scientist of the group, uses their plans to build an immense matter transmitter capable of transmitting men and material to the moon. It's suddenly cheap and easy to get people and materials there. But the moon presents its own problems due to the low gravity. And the federal government--the military in particular--sees the matter transmitter as a game changer on par with nuclear weapons in the last century. They want it, and they're thinking of seizing it for national security reasons.

Against this backdrop of intrigue, Bud falls in love with a dangerous woman. His cat, Jasper, helps him cope. Jasper has a lot to say about it, using his sophisticated Worldnet collar to do the talking.

Our three business tycoons are concerned about the military trying to take their alien technology away from them, but they have a bigger problem. The Resolvers are back, and this highly advanced alien race decides it's time to destroy Earth, just to keep things orderly in this part of the galaxy. 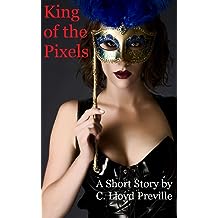 King of the Pixels Feb 13, 2015
by C. Lloyd Preville
$0.99
A short story set in the novel world of "The Way of the Axe". Cesar Del Toro goes to the US to earn a degree in computer science in 2034. But he finds his talents lie elsewhere. He becomes the most successful pixel in history, a sophisticated sales agent manning the 15-foot tall vending machines of the time.

But all is not right with the world. Cesar is overwhelmed by his success and retreats back to his native Bolivia. But then, Cesar discovers an even better market for his skills.
Read more