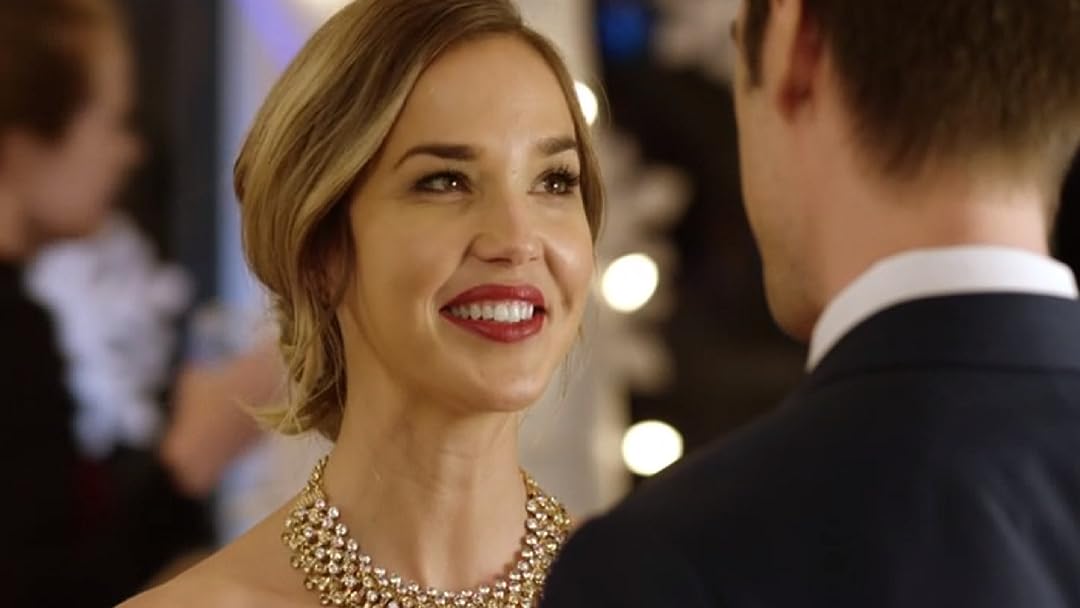 FOUR CHRISTMASES AND A WEDDING

(371)
6.01 h 27 min2017X-Ray7+
When event planner Chloe (Arielle Kebbel) is hired to plan the local Christmas Festival, she is beyond thrilled to embrace the challenge. Professionally, everything is going great, but much to the dismay of her mother (Markie Post), Chloe confesses she has given up on ever finding Mr. Right.

DHReviewed in the United States on December 6, 2019
2.0 out of 5 stars
Surpassed By Love At The Christmas Table!
Verified purchase
"FOUR CHRISTMASES AND A WEDDING" is very similar to "Love At The Christmas Table" in terms of plot. Unfortunately, we found the story to be long winded, character development minimal and acting subpar. There was almost no chemistry between the leading male/female protagonists. Additionally, their characters were unwilling to sacrifice for the love they supposedly had for each other. Romance was lacking entirely in this movie. Re-watch value is non-existent. Unable to recommend this movie!
7 people found this helpful

Mr. GregReviewed in the United States on December 13, 2019
2.0 out of 5 stars
None of the film sets or snow positions changed over the 4 years.
Verified purchase
Unfortunately, I found this movie to be extremely unbelievable when each year the all the scenes were the same as the previous year. The Christmas fair had all of the decorations exactly the same, the outside of her home the same, even the positions of the fake snow that they used the same. The only way you could tell that it was another year was that they had a sign that told you so. Because of this, and having a cute dog that does not get adopted for a year just did not make the story even close to believable. The story is a good one, in the hands of a good film maker it could have been a winner.
4 people found this helpful

Telsha L. CurryReviewed in the United States on December 21, 2019
1.0 out of 5 stars
My Rating: Two Thumbs Down
Verified purchase
With the exception of Markie Post ("Anna Taylor"), the acting was sub par. I despised watching the lead actress eat. Perhaps it was the objective of the creative team to portray "Chloe Taylor" as a generally together event planner with an endearing nervous tick, which manifested itself in her perpetual snacking. Unfortunately, Arielle Kebbel's ("Chloe Taylor") execution of it only made me want to roll my eyes and look away.

Not to mention, it was a careless creative decision to pathologize a love of eating good food with a stress condition of emotional eating. To be 'a foodie' is not synonymous with possessing a proclivity to eat food in response to stress.

Still, the film's failures cannot be blamed on acting and an uncritical handling of food relationships alone. Its poor pacing and insufficient plot development were equal contributors. I didn't get Chloe's obsession with "Evan" (Corey Sevier) and complete dismissal of "Ted" (Madison Smith) as a romantic possibility. By this film's standards, a romantic interest need only pick a traditionalized abled-bodied woman up after she's fallen on the ice to satisfy all possible criteria for being deemed "the one." Yet, be an intrigued coworker with a sensitivity to spicy foods and one possesses no real chance of igniting a spark with a foodie object of affection.

I get that as a genre, Christmas movies are highly romanticized purveyors of corn. But corn and light romance need not preclude total substance, complexity, believability, chemistry, strategic pacing, and quality acting. Let's up the ante with the Christmas movie selection, Prime Video.

needingknittlesReviewed in the United States on December 15, 2019
2.0 out of 5 stars
Slow and Boring
Verified purchase
I gave this movie a chance. I really did. It started slow. So, okay, I thought the pace and the entertainment factor would pick up as it went along. But no. It started slow and stayed slow. On top of that, neither the leading lady or the leading man are gifted actors. She whines a lot when she speaks and he should have stayed with his modelling career. Very disappointing and, after 35 minutes, I'm giving up on it and looking for something more engaging.
2 people found this helpful

Amazon CustomerReviewed in the United States on January 2, 2020
5.0 out of 5 stars
Superb movie, great chemistry and acting, great story, sorry it's leaving Amazon Prime
Verified purchase
Remarkably good onscreen chemistry between the lead actors/actresses. All acting was excellent. Good story, good photography, believable characters throughout. There was a dialogue synchronization problem during my viewing, don't know whether it's a problem in the original or just how it downloaded. If the ADR editing was poor (the usually cause) then this movie is good enough to warrant a re-edit to fix the dialogue. But a highly recommended movie.

MarieReviewed in the United States on November 21, 2020
1.0 out of 5 stars
Awkward and Stilted
Verified purchase
This had the quality of making up the dialogue as you go along. The romantic couples were awkward and uncomfortable with each other. The coworker that the main character rejected, in the beginning, was more relaxed and attractive than the romantic lead.

The love-at-first-sight scene was stilted and not believable. No chemistry, poor writing, poor directing.
One person found this helpful

Irish33Reviewed in the United States on December 28, 2019
3.0 out of 5 stars
Love the actress
Verified purchase
This is a typical lifetime Christmas movie. The storyline is light and fun. I really like the actress, Arielle Kebbel. She is fun, a great actress and beautiful.
One person found this helpful

Courtney LReviewed in the United States on December 6, 2019
5.0 out of 5 stars
Much better than I was expecting!
Verified purchase
I’m so glad that I took a chance on this one! I loved it. Really good chemistry between the lead actors and I liked the plot. Usually I think these movies are just ok, but I will watch this one every year.
See all reviews
Back to top
Get to Know Us
Make Money with Us
Amazon Payment Products
Let Us Help You
EnglishChoose a language for shopping. United StatesChoose a country/region for shopping.
© 1996-2021, Amazon.com, Inc. or its affiliates