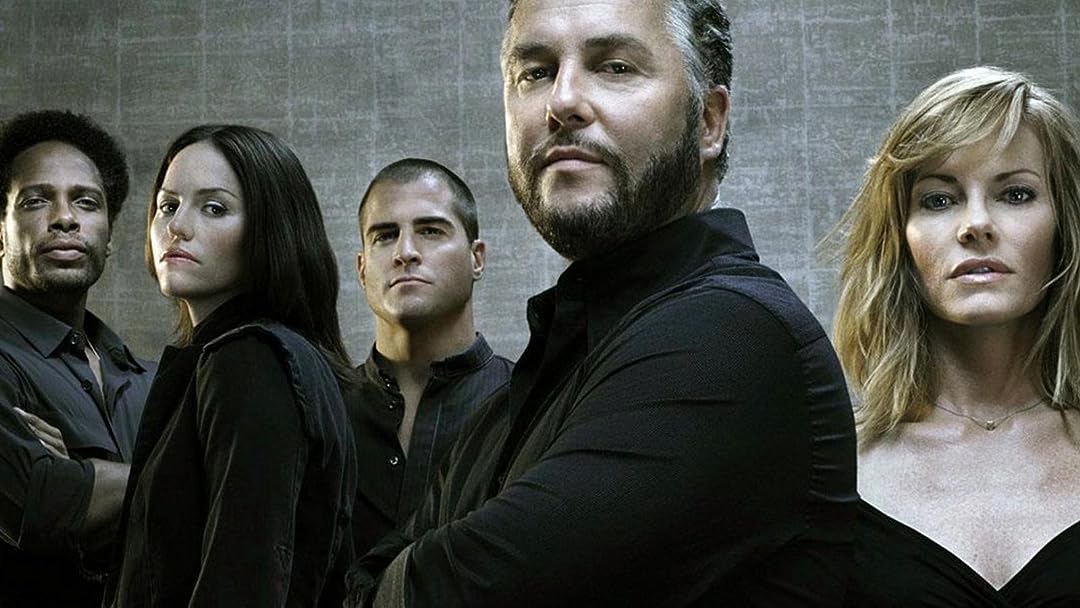 (1,348)
7.72001X-RayTV-14
The phenomenon that launched the procedural drama. From the heart wrenching truths behind murders within families (Blood Drops and Gentle, Gentle) to the macabre (Justice Is Served) to crimes that seem to only happen is Las Vegas (Table Stakes and To Halve and to Hold) CSI: Crime Scene Investigation proves in its inaugural season that it will be a force to be reckoned with for many years to come.

David CashellReviewed in the United States on December 7, 2018
5.0 out of 5 stars
CSI The Complete First Season.
Verified purchase
Brilliant Show, Don’t Know Why It Isn’t Or Hasn’t Sold On Blu Ray Because Of The Rate The DVDs Sold, Grissom Is The Main Character In The Show & It Revolves Around His Team Including Catherine Willlows (An Ex Stripper) Warrick Brown (A Recovering Gambler) Sara Sidle (A Self Confessed Science Nerd) & Nick Stokes (Who’s Purely Dependable), In The First Season They Encounter A Woman Buried Alive Under Vegas, Forged Paintings, The Death Of One Of Their Own, & Murders Staged As A Suicide etc, While Everyone Loves CSI, The Demand Should Be There For The Complete Season On Blu Ray As It’s Released On DVD Plenty Of Times.

The Episodes Of CSI Are.

Ready ReaderReviewed in the United States on May 18, 2016
5.0 out of 5 stars
Nothing short of spectacular
Verified purchase
This is a fascinating and mostly accurate extended look at the world of science in the service of law enforcement. The quality of the acting, the sets, and the story lines are fascinating. This show was the most watched t.v. show in the world for several years and I can understand why that is true. I tended not to pay attention to and to bypass the commentaries often made by the shows' writers, and this may have been a mistake because when I did listen to them, they often pointed out subtleties that I had entirely missed. This season mentioned here was the inaugural one for a series that ran for something like 15 years and 300+ episodes, a measure of how engaging it is. The inaccuracies, mostly about the scientific procedures, are by and large minor and not much important. A caution: some of the shows, especially the later ones, are conceptually and graphically very gruesome, and you can't always see this coming. But that shortcoming aside, I'd give it rave reviews, one of the best series ever, and an A+
7 people found this helpful

NathanielReviewed in the United States on December 8, 2018
4.0 out of 5 stars
Minor Glitch
Verified purchase
My Blu-ray player had a problem with a couple seconds early in the first show of Disc 2. It would mute and go choppy until I stopped or fast-forwarded/rewound for a moment. I bought a second copy of this, thinking I'd gotten a bad disc. But the second copy had the exact same problem.

It seems to be specific to my Blu-ray player. I tried both sets on my computer, and they play just fine. I have a Sony Blu-Ray player (forget exact model), so keep an eye out for that.
5 people found this helpful

- Tech been good to me -Reviewed in the United States on May 28, 2015
5.0 out of 5 stars
Wonderful CSI Blu-ray presentation
Verified purchase
We've watched every season of CSI, but we never watched reruns. Not sure why, but I was lured into buying this Season 1 Blu-ray by the great price. This is a wonderful treat with its spectacularly colorful, sharp and detailed presentation presented here (in 1080i resolution). Great sound also, but not entirely sure it needed 7.1 channels. Whatever. It would be wonderful if the studio would add a few more seasons in Blu-ray. I, for one, have no interest in ever again acquiring low resolution DVDs to project in my theater or to even view on our family TVs. (Take heed Fox, 'cause I also will not buy any more Bones Seasons until they get a Blu-ray release. We control the purse strings in this house)
2 people found this helpful

Brent S.Reviewed in the United States on January 20, 2022
4.0 out of 5 stars
DVDs work, but the casing arrived broken
Verified purchase
The case the discs all sit in is cracked and broken in the top/center right portion of the plastic. However, the DVDs seem to be okay. I had to clean the first two discs because there was an big, weird, oily spot on them. Only found these after my brand new SONY dvd player wouldn't play (it kept freezing and skipping until it just froze and wouldn't do anything). Inconvenient, but not the end of the world. I don't mind cleaning the discs as long as they play and don't come with any scratches on them; just wish the casing wasn't cracked upon arrival.

ClareDeLuneReviewed in the United States on September 19, 2019
4.0 out of 5 stars
The first 9 seasons are fantastic
Verified purchase
Sometimes cliches are true, sometimes the first really is the best. The first 9 seasons (with William Peterson as Gil Grissom) were truly superb. After that the writing really went downhill fast (including the spin-offs). This often happens with 'hit' TV shows. But I highly recommend seasons 1-9. :)
One person found this helpful

K.L. CocKayneReviewed in the United States on January 31, 2015
5.0 out of 5 stars
CSI- One Of The Best Series On T.V. In A Long Time
Verified purchase
What can I say about the most successful T.V. show period. I am such a C.S.I. fan, yes Criminal Justice is my thing, but this show is incredible. The effects, storyline, and characters have made this show last for at least 15 seasons. I have to agree after all the big stars started to leave the show, it has declined some, but the show is incredible. I would recommend this series to anyone, except those that gross out easily. The show gives the viewer some what of the real deal. If you are looking for great T.V., which is lacking lately C.S.I. is the series for you. The best years are seasons 1-9, and trust me this is one of the best T.V. shows ever. Check it out if you like cop shows, court case shows, etc., you will love this.

JJReviewed in the United States on September 19, 2018
5.0 out of 5 stars
Very good
Verified purchase
I don't think I ever saw the first season but have watched most of the others. This was interesting in how the characters were changed almost from the start so that they became more likeable. Interesting that they called themselves "criminalists" at first. Now that's a mouth full. This series is so much superior to the others in other cities that you shouldn't even mention them in the same sentence.
2 people found this helpful
See all reviews
Back to top
Get to Know Us
Make Money with Us
Amazon Payment Products
Let Us Help You
EnglishChoose a language for shopping. United StatesChoose a country/region for shopping.
© 1996-2022, Amazon.com, Inc. or its affiliates