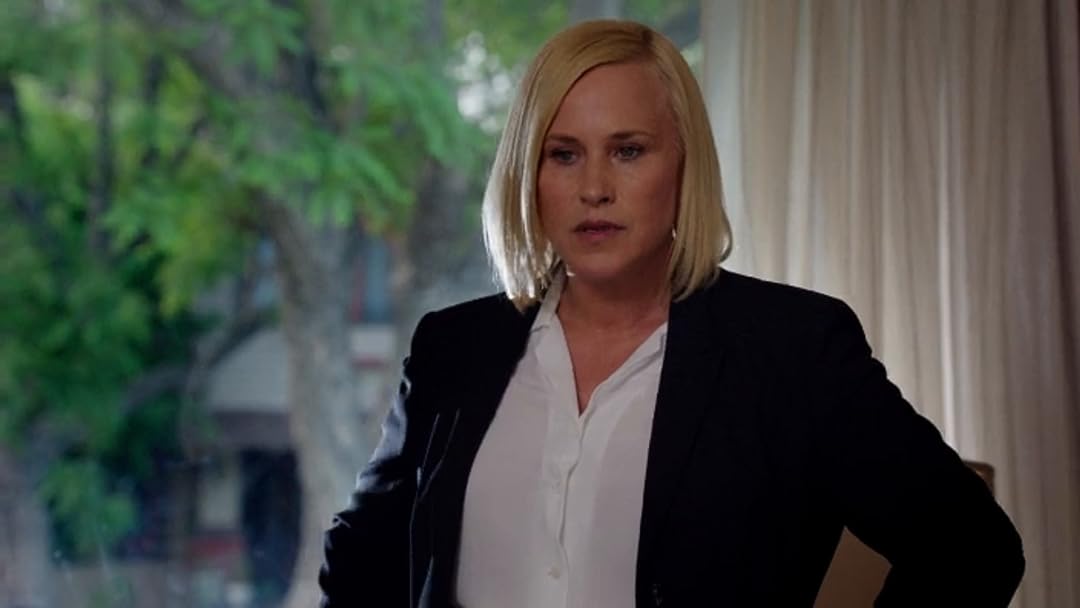 AthenaReviewed in the United States on November 1, 2015
4.0 out of 5 stars
Killer En Uber -Lyft- Route..OOY
Verified purchase
SPOILER FOR EPISODE "KILLER EN ROUTE" While like to think of myself and most Uber users as world -savvy, this episode brought to mind the very real possibility of accepting a ride from a stranger as we do as no different than if we had done so as children-against the rules of safety our parents and schools pounded into us and nearly all of us followed . Yet, think about this: do we really know the depth of background checks run by Uber, Lyft, or Taxi 99 on their new drivers? It IS possible for a potential killer or rapist to have a spotless driving record, and unless my basic knowledge of law is wrong, there is no rule stating a person investigated or even charged with a crime cannot have a driver's license unless the crime involved the use of a vehicle. Looking on the net, it isn't cheap or quick for a company to run a person's background through a state or federal data base searching for red flags.In this episode, a regular citizen broken by the accidental death of his only child was able to penetrate the firewall of a company like Uber and kill innocents. Likely, his background check, if he chose to go in traditionally as a registered driver and collect personal information on his victims, wouldn't have turned up anything untoward. He could've worked for the company under the radar for months before striking. The scene where the protagonist and lead cyber investigator/psychologist lowers her weapon, approaches the killer, and disarms him with heartfelt empathy for the killer's loss is thin. This man killed two innocent people and took a third hostage and all that psychotic rage melted away because one person expressed empathy? Nah. BUT, I will say for the first time in a very long time, I felt empathy for the bad guy...for a moment...I felt for him and his pain which means something about this guy grabbed my conscience...maybe the hidden alter in his closet? This is another well produced JB series. Unlike the other series by JB, most of which I love, this one seems to be more focused on the team's personal lives and I look forward to seeing how they all bond and the cases they crack. Cases where being world savvy means hunting the unknown and unknowable...the world we all worry about but as average NET users are helpless to aptly and thoroughly defend ourselves as we blindly toss out our personal info into the great unknown and accept rides from strangers because, and I speak for myself here, my friends told me it was safe.
One person found this helpful

Kelly BarnwellReviewed in the United States on May 14, 2015
5.0 out of 5 stars
Love This Show!!
Verified purchase
While there are some obvious issues with the writing and things being not possible in the real world, I give this a rating of 5 stars. If you are coming into this looking for everything to be correct down to the letter, then you need to get out of the TV world. They HAVE to make it over the top. It's how they get viewers or else things would get boring very fast. In the beginning, Patricia's character is regrettably flat. Though by the end of the season, you see more about her and find out we aren't the only ones who know nothing about her life. Her own co workers know nothing of Avery's life before Cyber besides that she got hacked. Nelson, while being terribly stereotypical, ends up impressing me more and more as the show goes on. He grows and changes. He wants to be good and now that he sees a way to use his genius for the betterment of society, he does just that. Elijah Mundo is your typical good guy but lovably so. He wants to be there for his family yet is married to his job. Crummy. Oh what to say about that adorable man? He believes in black and white but is starting to believe in shades of gray when it comes to Nelson, therefore BROMANCE. Raven is kind of the odd one out and I hope they rectify that in the next season. I want to know more about her character's past, how she got to Cyber,that sort of thing. Kind of give her a new dynamic characterization.

Yes there are some things that are horrible, like the writing of some of the characters' lines and how unrealistic some stuff is. However, as previously stated, I didn't start watching the show expecting everything to be completely correct. It's television. It's entertainment. They have to make it entertaining. That's how they make their money and get their viewers attached. Overall a very great job! Can't wait for the next season!

BayesianReviewed in the United States on October 30, 2018
1.0 out of 5 stars
Not about cherries. Lost opportunity for a show that people need,
Verified purchase
Cybor CEO is just a regular CSI with stereotypical hackers. No wonder it only lasted 3 years. A real Cyber CSI would be about cybercrimes such as public Wi-Fi hacking, ransomware, phishing, spearphishing, DDOS attacks that take down 911 call centers,or shutting down the electricity grid, modifying a water filtration system by adding too or too few many chemicals, ioT, fraud scams, clicking on a link that is malware,etc. Instead Cyber CSI starts with things like hacking a baby monitor and that results in a kidnapping. From there on it's a kidnapping CSI.

Matthew PayneReviewed in the United States on May 8, 2015
4.0 out of 5 stars
Guilty pleasure
Verified purchase
I have to admit, I'm tech saavy enough to cringe at some of the blatant mistakes that are made in some of the more technical aspects of this show (out of range IP addresses, downright ludicrous plot holes, etc). However something about this show is just fun.

And I do think that the average person will pick up good ideas from this series, finally changing their WiFi password from "password" to "6738-%;';#82" and being more cautious with the data stored on their personal devices, which is clearly a good thing.

Will it survive more than a single season? I think it will, if for no other reason than it carries the CSI / Zuiker / Mendelshohn brand. And it's a darn sight better than "The Caruso Show" (AKA CSI:Miami)

TKTReviewed in the United States on October 4, 2015
2.0 out of 5 stars
CSI: Disappointment
Verified purchase
I love Patricia Arquette, but everything about this show is unbearably corny- the dialogue, the music, even the cases. Even worse, the look of the show is so over-the-top with it's slow motion sequences, zoom ins, and high tech re-creations of every little thing. The acting on the part of some of the cast members is not great, and the guest characters are even worse! Cyber crime is a great subject for a cop show, but they messed this up. Hopefully another show will come along that does it better, or this show gets a new producer and better writers.
One person found this helpful

Tammany HallReviewed in the United States on August 4, 2015
3.0 out of 5 stars
White Hat Hackers at the FBI
Verified purchase
I'm a CSI fan from way back, so I was set too enjoy this. This has the potential to be an interesting addition to the franchise - the show to watch if you want to generate extreme paranoia about all your electronic devices. Fast paced, tech savvy story lines with some good dialog and interesting characters. Set in DC, but you don't really get a sense of the city the way you did in the Vegas and NY versions. This show is more focused on the white hat hackers and the big screen graphics, which don't give you much of a sense of place. Only a short season, so there isn't really an arc to the plot lines. Maybe they'll improve on that if there's a second season
One person found this helpful

DLM OKReviewed in the United States on October 4, 2015
3.0 out of 5 stars
Mostly "fist bumbs" for High School age.
Verified purchase
Not enough technical and too much nerds doing the fist bump and other happy, we love each other signs and personality this or that. I can watch many better acting shows and story lines than this show for all this personality interaction and even better historical docudrama. I know many viewers will not want the techno, but I am sure there is a large enough audience for Amazon that are hackers, geeks, nerds, law enforcement types and computer savvy people that would appreciate the real world Cyber crime with some technical education that would make them and me happy. I stopped watching after the 8th episode hopping for better.

Dan A AyenReviewed in the United States on October 30, 2019
5.0 out of 5 stars
I love this show
Verified purchase
I love this show it,s got mega amounts of computers got to love that. I got some friends who use to do this stuff just like Agent Daniel and another who still does, it's something I always wanted to do but not in my skill set, I am just a debugger and a basic data recovery the advance stuff is beyond me.
See all reviews
Back to top
Get to Know Us
Make Money with Us
Amazon Payment Products
Let Us Help You
EnglishChoose a language for shopping. United StatesChoose a country/region for shopping.
© 1996-2022, Amazon.com, Inc. or its affiliates