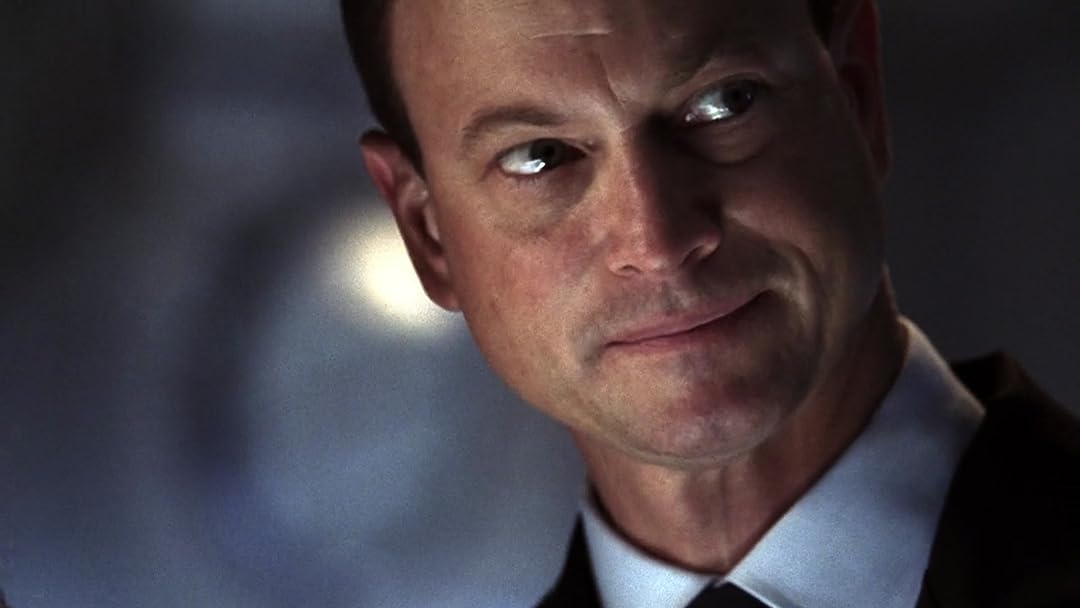 (568)
6.92005X-RayTV-14
CSI: New York, the third incarnation of the CSI: Crime Scene Investigation franchise and the spin-off of CSI: Miami, is a crime drama about forensic investigators who use high-tech science to follow the evidence and solve crimes in the Big Apple.

JEROME W, MARTINReviewed in the United States on February 22, 2014
4.0 out of 5 stars
FUN CITY BLUES
Verified purchase
I Just started watching this series and I am up to episode 12. I love the cast, particularly Gary S. and since I live in NY I am very
familiar with the settings and feel at home watching this. It took some getting use to because though I am a big CASTLE fan and
that is set in NY too, this show seems to be darker and much less humorless. I hope as the show goes on that I will find a bit more
human feelings between the characters develop. Still, I find it good enough to order the first 7 seasons on DVDs; goes along well
with my BONES, CASTLE and MENTALIST sets. Now I am watching season one on my Video Library. I do recommend this to
my fellow telly watching crime fighter viewers.
Since I wrote the above review I have finished season 1 of CSI NY. I think it was splendid; in some ways it reminds me of CASTLE, being
set in Manhattan and visualizing the landscape with very similar photography. But it is more gritty, like CHICAGO PD, than Castle without
much of the humor, though the last few episodes seem to humanize the cast better. I happen to think that Gary Sinese is splendid in the chief
role of boss and the other cast members do well also. I have ordered the entire 9 season DVD sets from Amazon and trying to be patient waiting
for them. I think it takes some getting use to the darker stories in the programs if you are used to Bones or Castle, but watch it: it will
grow on you. Though I live in NY and love the city, I don't really like Manhattan though this show makes me almost like it. Its a hell of
a town though the Sears Tower is still technically taller than the "Freedon" Tower. But the subways are nice. enjoy!

Wilma B Murphy Reviewed in the United States on April 13, 2019
4.0 out of 5 stars
Good show, not want to purchase!!!
Verified purchase
This was an accidental purchase, and would like my refund. I was trying to see if this show was on the CBS all access roster to watch there!
It is a good show, but do NOT wAnt to PuRcHaSe iT!!!!
5 people found this helpful

ElizJamieReviewed in the United States on June 7, 2013
3.0 out of 5 stars
Season 1 - Getting on it's feet.
Verified purchase
I like CSI: NY overall, but hadn't seen the first season before. I started watching later on. Since the series ended after it's season nine this last year, I felt a series marathon was in order. Season one didn't have the same pace I'd got used to with CSI: NY. It wasn't a waste of time to watch, but it's also not my favorite season. If you are just getting into the series I would go a head and watch it. It's not bad, a few were really good. Sometimes first seasons are like that. Watch it, but keep going cause it gets better and the character story lines become more personal.
10 people found this helpful

Peters Partners DesignReviewed in the United States on December 7, 2020
5.0 out of 5 stars
Very emotional season of CSI New York Season 1 since it concerns 9/11
Verified purchase
I love this series. It is great how it interacts with the other shows on the same network and how they keep current with todays news stories.
One person found this helpful

Micaela ElizabethReviewed in the United States on July 5, 2021
5.0 out of 5 stars
Great show. Athough Not good if you're triggered easily
Verified purchase
Loved the show. Season 1 was probably the best season out of them all
One person found this helpful

Amanda AbigailReviewed in the United States on December 23, 2012
5.0 out of 5 stars
rise of the crime scene guys
Verified purchase
I've been a huge CSI fan for years and each show did their own thing. but CSI NY just rocks them all the cast on NY hardly ever changed from the series premiere i've honestly been in love with it since it started you can tell with NY that the workers are all close and protect eachother. you don't seen to get that with the CSI:Vegas to me it seems like Vegas is just running around with their head cut off. yea i watched it but the episodes are not even close to the NY ones. Simply put...its worth it as the seasons go on the greater they get...season 3 is my favorite
3 people found this helpful

A_UnsubReviewed in the United States on October 8, 2021
5.0 out of 5 stars
Love this CSI
Verified purchase
Great show.
One person found this helpful

Amazon CustomerReviewed in the United States on July 20, 2021
5.0 out of 5 stars
Can't wait for the second season 😉
Verified purchase
Awesome first season
See all reviews
Back to top
Get to Know Us
Make Money with Us
Amazon Payment Products
Let Us Help You
EnglishChoose a language for shopping. United StatesChoose a country/region for shopping.
© 1996-2022, Amazon.com, Inc. or its affiliates