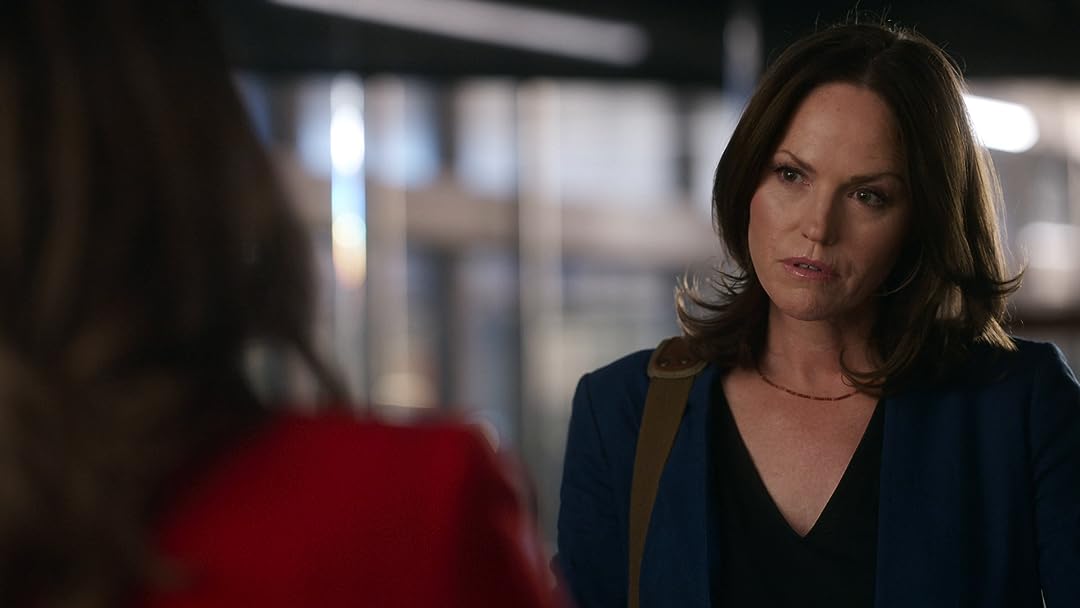 mdReviewed in the United States on October 9, 2021
1.0 out of 5 stars
total crap
whoever produced, directed, or contributed to the storyline and character scheme should be fired.
ive seen every epi of original CSI and mostly like the characters and general storyline up until Lawrence FIshburne and Ted Danson. Those episodes also mostly are stinkers. For reference, some of my favorite episodes: Jackpot, A Little Murder, Fur and Loathing, Two and a Half Deaths... partly because at some point in time, the writers at least wrote with some satire/humor.
After barely suffering through the first episode of CSI Vegas, i went to my DVR schedule and canceled the series recording. it was so bad it almost p#%*d me off!! yup. total crap.

Reynolds FamilyReviewed in the United States on October 13, 2021
5.0 out of 5 stars
The nostalgia!!!
I cannot believe the show is back. There's a lot of great new characters and the old familiar faces we know and love. It's fun seeing all the updates to their CSI technology, character updates and getting a chance to enjoy the old show again. Loving this.
10 people found this helpful

deedeeReviewed in the United States on November 18, 2021
1.0 out of 5 stars
Not your CSI
I was so happy to see this show coming back, until I watched it. It is basically CSI without the lab. More soap opera interpersonal relationship crap and not a lot of research or investigating. I have never been a fan
of soap operas and to see so many shows moving in that directional makes me wonder who is writing this
drivel. It feels like junior high kids who only care about who said what when and to whom and have nothing
more to care about than themselves. I will continue to watch because I do care about what happens to
the main characters and how Grissom and team help Hodges. Writers, up your game if you can.

JOHN CAKARSReviewed in the United States on October 26, 2021
1.0 out of 5 stars
Worse than the original CSI
The old CSI was a great show. I've seen all the episodes. This CSI:Vegas is dull, boring unexciting. I cannot imagine wanting to see these episodes in rerun. The old timers do not add anything new or interesting to this new series. I've seen the first three episodes. I doubt that I will view any more episodes. The program is not getting better. I find that I am not hooked; nothing to hook me.
9 people found this helpful

VolauventReviewed in the United States on November 1, 2021
5.0 out of 5 stars
THE NEW HEAD OF THE LAB IS GREAT!!!
Watched: All 4 of the available new episodes.

I was very apprehensive about this new series, especially as everything that was tried after William Peterson (Gil Grissom) left the original show somehow missed the mark. Like all the episodes after Thomas Gibson (the short fuse idiot) was kicked off Criminal Minds.

BUT WHAT A PLEASANT SURPRISE! Paula Newsome as Maxine Roby is spot on. I immediately took to her style. Man, she slipped right into Grissom's old chair and is running with it. Her attitude alone will keep me glued to this show. Absolutely delightful. Thank you Ms Newsome!!

I'm really enjoying the new cast as they are getting to know each other and warm up to their characters. And of course, it's always wonderful to have members of the original cast visiting our livingroom.

I was so afraid this season's storyline was going to be focused on George Eads (who played Nick), who had a few problems in the original series due to his involvement with a witness (? can't quite remember), but am horrified that anyone could accuse Mr. Meticulous, David Hodges (played by Wallace Langham), of being anything but... meticulous and good guy no matter what. On the other hand, the lady from IA who is bound and determined to put Hodges away for life, Det. Nora Cross (played by Kat Foster), is really enjoying being the villain. Lapping up the role, she is. Throwing needles and potshots at everybody. Nearly expected her to look straight into the camera and accuse ME of falsifying evidence.

Bottom line? I'm happy as can be, looking forward to all the episodes Dick Wolf has assembled for us.
2 people found this helpful

s4ndm4n2006Reviewed in the United States on March 13, 2022
2.0 out of 5 stars
Vegas pales in comparison to the original except for the original cast.
Watched the whole season 1 - even as I give it only two stars because each episode was one disappointment after the other, the only things keeping me watching were Grissom, Sidle and the whole Hodges story arc. Really the only thing interesting in the whole first season was to see how it turned out but even that arc was dragged out a bit too long. There is no depth in any part of the new CSI show like the originals that even shined brightly after Grissom left the show and continued with the other leads. The episodic stories in this version of CSI seem overly rushed, not thought through and some even were barely believable with regards to how they found certain evidence or figured things out. Seems like they are banking on the popularity of the original but don't really want to invest as much into this, ran out of writing steam or changed writers to cash grab on something that was legendary by way of police shows.

The case, other than the originals aren't the worst actors in the world but they also are not personalities to latch onto, care about or make you want to learn more about. They are simply boring, their interactions, cold and scripted, there's no feeling between the players. main CSI guy Folsom is like a zombie with no emotion or feeling and it's not as if that's a "type" of person, but that he just seems to be going through the motions and lines. No personality. Allie has personality but not a good one, she just feels like she's trying too hard to play the British CSI which, btw only comes through as British through her accent. The head CSI Roby is about the only one that somewhat comes through here and she's not going to win any awards I'd vote for but at least she seems to have some personality and some backstory that works for the show, with her son and everything.

Sorry this is longer than i planned but i just am so sad this didn't turn out as good as I'd hoped. Probably keep watching into season two just to see if it improves, considering i just read Catherine Willows is coming too... But my hope is diminishing and I may just be stuck with rewatching CSI repeats forever.

VeronicaReviewed in the United States on November 4, 2021
4.0 out of 5 stars
Like visiting an old friend
The return of Gill and Sara gives us two things we didn't get from the original CSI. Seeing these two work side by side throughout a case (not just at the scene or just the lab) and a crime that spans multiple episodes in sequence. Sure they worked together in the original show, but this time we see their dynamic as a couple with their shared passion in the work. It leaves out the drama between them. I like two crime episodes, where we have a new case and the Hodges case. We have time to see the new actors and get a feel for them while sticking around for the "old friend" cast members. Now if Nick, Greg, Catherin or any of the other Lab Rats made appearances it'd be bonus stars.

The four star review is that set. The "new" crime lab is just a bit much. Looks more like a museum.
2 people found this helpful

Susan EdwardsReviewed in the United States on October 15, 2021
5.0 out of 5 stars
Great to have it back!
Umm...YES! Thank you. Love this show and it's still good. New cast will take a little to get used to but love the actors and LOVE the familiar faces. This is one reboot that needed to happen.
6 people found this helpful
See all reviews
Back to top
Get to Know Us
Make Money with Us
Amazon Payment Products
Let Us Help You
EnglishChoose a language for shopping. United StatesChoose a country/region for shopping.
© 1996-2022, Amazon.com, Inc. or its affiliates