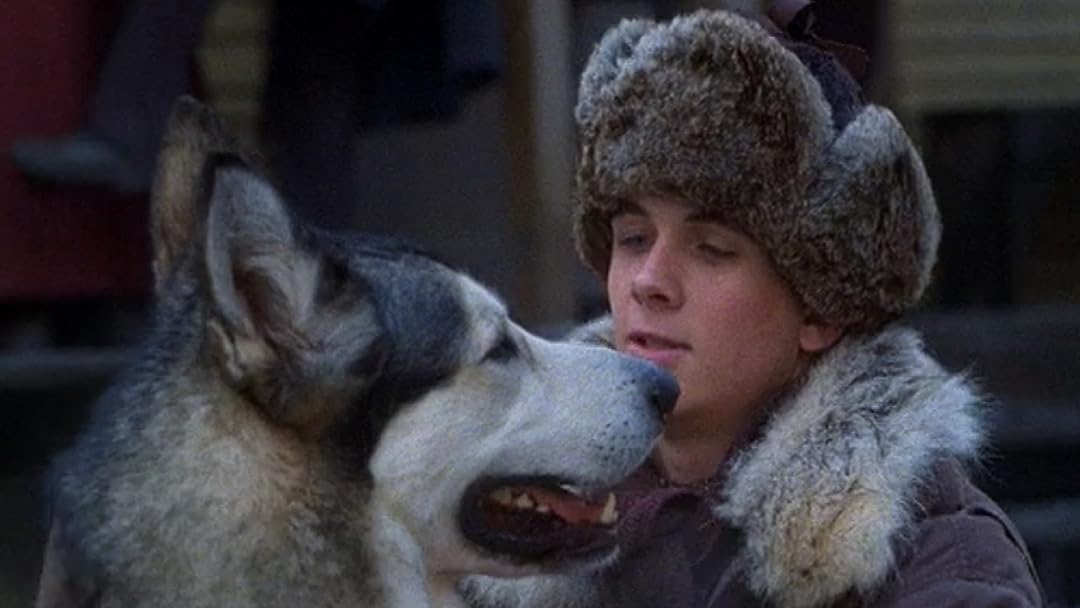 Call of The Wild

Season 1
(20)
2000X-RayTV-Y7
Jack London's beloved story is brought to life in a delightful adventure series for the whole family. This TV series follows a 15-year-old boy living in an Alaskan mining town at the turn of the century whose life changes forever when he encounters a heroic and powerful dog named Buck, who together battle natures toughest elements, stand up against hardened criminals and rescue people in danger.

cinestReviewed in the United States on March 9, 2020
1.0 out of 5 stars
Not the Jack London's Novel!
This is really shameful because the creators assume that no one read Jack London's Call of the Wild or that no one cares. Jack was a great writer and so some respect and talent are needed before taking on any of his writings, let alone of the two most famous novels. To me, it is a shameful trick to get the viewers in while covering a primitive story the creators came up with.
If we forget just for a moment and think of it as independent story - well, there is no engaging story line and no dialogs to speak of. It is rather a "hooked rug" type of show: the authors simply throw at you loosely connected episodes and we do the stitching. A few examples. Where did an instant bonding between the boy and the dog come from, especially on the count of the dog? Or, If the boy had no money, of which he complained later on, how could he even bet for one dollar, let alone 30 dollars for a dog? It is 30/1000 dollars respectively today. Why Swede would buy it for $50? Just because a boy made a bet? Then on the trail, all dogs are dead except Buck. How so? A cheesy story line, that's how. What about the looks of Miles and his hair? Are you kidding us? Now, Miles' mother - she is a photographer part time but the way she took a pic of Swede reminded me of the silent era movies, in which a shooter would jerk his hand holding a pistol to reinforce the idea that he puled the trigger. Anyway, I made only through the first 30 min, and I couldn't watch anymore after Swede arrived at a outpost where somehow Miles was already living and suddenly all are friends and in love with Buck and each other. It is more like watching a soap opera, which isn't my cup of tea.
8 people found this helpful

Jeff SingletaryReviewed in the United States on April 6, 2020
3.0 out of 5 stars
Not Jack London's
Despite the title it has only a faint resemblance to the book. If you are looking for a faithful recreation of London's story you'll be disappointed. The story itself is OK. The 1890's have been updated to modern sensibilities in a feminist way. The story is used as a foil to advance these 21st century ideas. This is an observation only.

The portrayal of the main family is strong. Love between husband and wife. Realistic difficulty between step father and step son. Not overdone. Father and son do love and respect each other. This is commendable.

Paul Van VelzerReviewed in the United States on May 2, 2020
1.0 out of 5 stars
Totally fake
Yukon territory 1900, however they use electric lighting, and in one scene I saw the shock collar on Buck. In one scene the dialogue is "is this where it all goes down?" Idioms that were that are not period correct. Soe men dont wear hats, in this time men would always wear hats. The boy doesnt have a rain slicker, instead he wears a canvas jacket, even in the rain, and never appears wet. Obvious that the director and producer are flatlanders, that don't understand period vernacular, or lighting.
One person found this helpful

WALTReviewed in the United States on July 7, 2020
5.0 out of 5 stars
A TERRIFIC SERIES FOR ALL THE FAMILY
ALTHOUGH THIS IS NOT THE ORIGINAL JACK LONDON STORY, THERE ARE STUNNING SIMILARITIES AND IS A SERIES RATHER THAN A ONE SHOT MOVIE. CHILDREN AND ALL THE FAMILY WILL ENJOY THIS. HOW MANY TRULY FAMILY MOVIES ARE NOW BEING MADE.
GET OUT THE POPCORN, AND CHEWY BEARS, AND ENJOY A WONDERFUL MOVIE, FOR EVEN SMALL CHILDREN.
One person found this helpful

Darlene Reviewed in the United States on April 7, 2020
5.0 out of 5 stars
It was a good movie, my husband and I really enjoyed it.
I love the dog, Buck. Can someone please tell me if these 13 episodes are the end of the entire Series? Will there be more episodes in a new set of series? This kind of left you hanging in the air. It was a very sad ending, with Buck, and Miles going off with gypsies

WaltReviewed in the United States on August 12, 2021
1.0 out of 5 stars
Not Appropriate for TV-Y7
This series must be marked in error. With the profanity, violence and inappropriate scenes it is definitely not fit for the entire family.

Very PickyReviewed in the United States on March 10, 2021
1.0 out of 5 stars
NOT Jack London's story.
Dumbed down story is junk. Jack London would turn in his grave to know this film was passed off as HIS.

VD StudioReviewed in the United States on May 23, 2020
4.0 out of 5 stars
The beautiful and loyal dog
Dogs are our best friends. This show proofed it.
It may not be Jack London's story completely, but the dog is so good! I actually love all the dogs in this show.
See all reviews
Back to top
Get to Know Us
Make Money with Us
Amazon Payment Products
Let Us Help You
EnglishChoose a language for shopping. United StatesChoose a country/region for shopping.
© 1996-2022, Amazon.com, Inc. or its affiliates