You've subscribed to Cam Jansen! We will preorder your items within 24 hours of when they become available. When new books are released, we'll charge your default payment method for the lowest price available during the pre-order period.
Update your device or payment method, cancel individual pre-orders or your subscription at
Your Memberships & Subscriptions
There was an error. We were unable to process your subscription due to an error. Please refresh and try again. 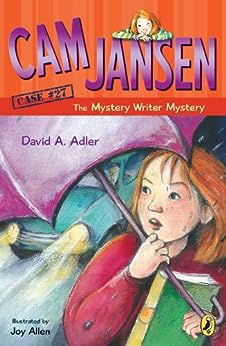 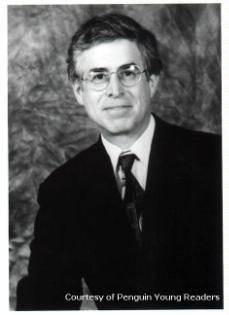 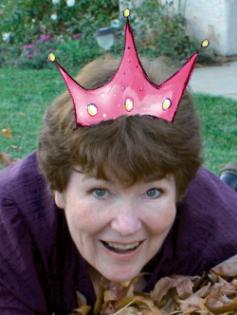 The Sandman Act 1
The Sandman offers a dark, literary world of fantasy and horror. Listen free
Books In This Series (34 Books)
Complete Series 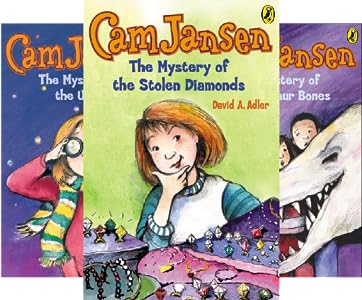 David A. Adler has written over 175 books. He lives in Woodmere, New York.

Joy Allen has illustrated many books. She lives in Cameron Park, California. --This text refers to an out of print or unavailable edition of this title.

“‘I can solve it!’ Barry Blake says at the start of each book. ‘I can solve any mystery.’ He’s so smart,” Cam Jansen told her mother. “He’s strong, too. He once lifted the front of a truck just to find a clue.”

“Yes,” Mrs. Jansen said. “But do you remember what else he always says? ‘I can solve any mystery and be home in time to help Mom with dinner.’ He’s a very good son.”

It was a cold, rainy December night. Cam and her mother were on their way to school. It was the night of the yearly book fair. Jim E. Winter, the author of Cam’s favorite books, the My Name Is Blake Mysteries, would be there.

“It’s so difficult to drive in this weather,” Mrs. Jansen said, and leaned forward. “With all this rain and the cold, it’s hard to see out. The car windows are all fogged up.”

Cam’s mother was stopped at a traffic light. She took a tissue and wiped the inside of the front window.

“Did you ever see a picture of Jim E. Winter?” she asked Cam.

“Yes. There’s one on the back of each of his books.”

“I bet there’s no fog on your memory,” Mrs. Jansen said. “Tell me what he looks like.”

Cam closed her eyes. She said, “Click!” Then Cam said, “I’m looking at a picture of Jim E. Winter. He’s really young. He has a dark bushy mustache and lots of dark wavy hair.”

The light changed to green.

Cam said, “In the picture he’s wearing a polka-dotted bow tie and a striped shirt.”

Cam has what people call a photographic memory. She remembers just about everything she’s seen. It’s as if she has a camera and a file of pictures in her head.

“On the cover beneath the picture,” Cam said with her eyes still closed, “is lots of information. It says, ‘Jim E. Winter was once a police detective. He’s written more than one hundred books. He lives near a forest and has a dog named Jake.’”

When Cam wants to remember something she’s seen, she closes her eyes and says, “Click!” Cam says it’s the sound her mental camera makes.

Cam’s real name is Jennifer, but when people found out about her amazing memory, they called her “The Camera.” Soon “The Camera” became just “Cam.”

Mrs. Jansen was just about to turn onto the school’s front drive. “We’re finally here!” Mrs. Jansen said. “And I’m glad. It’s not easy driving in this rain.”

“Mom! Be careful!” Cam said. “Someone is walking just ahead.”

Mrs. Jansen stepped on the car’s brakes. She waited for the man to cross the road. Then she drove past the front of the school to the side parking lot.

“Button your coat,” Mrs. Jansen told Cam when she stopped the car. “Put on your rain hat.”

Mrs. Jansen took an umbrella from the backseat. She opened it. Then she and Cam hurried into the school.

There was a large mat by the door. Cam and her mother wiped their shoes.

Beth Kane and her father were in the room, too.

“Your daughter is amazing,” he said. “You must be so proud of her.”

Mrs. Jansen smiled. “And Cam has told me how nice and smart Beth is.”

Then, as they were about to leave room 17, Danny and his parents entered the school.

Beth told Danny, “No one likes your jokes.”

“I know that one,” Danny said, and laughed. “The answer is ‘scrambled eggs.’” Then Danny asked his father, “Do you know Snow White’s father’s name? It’s Egg White. Now the yolk is on you, Dad. Do you get it? The yolk is on you.”

“Wow,” Beth said as she, Cam, and their parents walked into the hall. “Danny’s father tells bad jokes, too.”

“Welcome,” Dr. Prell, the school’s principal, said. “We have books for everyone. The book fair is in the gym.”

The doors to the gym were open. Cam, Beth, and their parents went in. They stood there for a moment and looked at the many tables. On each was a pile of books and a sign so people would know what kind of books were on the table.

“I’m looking for history books,” Mrs. Jansen told Cam. “You can look by yourself, but please don’t leave this room.”

“Stay with Cam,” Mr. Kane told his daughter. “I’m going to look at the biographies.”

Children and their parents were looking at books. There were small children, too, running between and under the tables.

Cam looked across the gym. An old bald man with a white bushy mustache was sitting by a table at the far end of the gym. A long line of children were waiting for him to sign their books.

“That man is bald! That can’t be Jim E. Winter,” Cam said. “I saw a picture of him with dark, wavy hair and a dark mustache.”

Beth said, “You must have looked at an old picture of him.”

Cam looked at the many people waiting to meet Jim E. Winter. Each had a My Name Is Blake Mystery for him to sign.

“Well,” Cam said, “I don’t care what he looks like. I don’t care how old he is. I just want to meet him.” --This text refers to the paperback edition.

4.8 out of 5 stars
4.8 out of 5
35 global ratings
How are ratings calculated?
To calculate the overall star rating and percentage breakdown by star, we don’t use a simple average. Instead, our system considers things like how recent a review is and if the reviewer bought the item on Amazon. It also analyzes reviews to verify trustworthiness.
Top reviews

K Ray
5.0 out of 5 stars Highly recommended!!!
Reviewed in the United States on March 29, 2015
Verified Purchase
This series really helped my 8yr old who has dyslexia get on his way with reading. He loved the jokes and plot twists. Thank you to Mr. Adler for helping him develop a love of reading.
Read more
One person found this helpful
Helpful
Report abuse

JusttheMom
5.0 out of 5 stars Cam Jansen is great
Reviewed in the United States on April 25, 2014
Verified Purchase
My daughter introduced me to Cam Jansen, who definitely is a good character for her to read. I grew up as a Nancy Drew fan, and these are a great introduction to mysteries. I like the way they get their minds to think and reason out the clues given. I also highly advise becoming a Cam Jansen fan ([...]). If you send a self-addressed envelope, you get some bookmarks. One was even signed by David Adler. That was a great plus and definitely helped us become true fans!
Read more
Helpful
Report abuse

D. Ross
1.0 out of 5 stars Most Boring Cam Jansen Book Ever
Reviewed in the United States on March 4, 2008
I've read a lot of Cam Jansen books with my daughter and I recommend skipping this one.

From the book:
"The people on line ahead of Cam moved up. Cam and the others moved one step closer to Jim E. Winter. "I'm still bored," Beth said, and closed her book. "What's taking so long?"

That's what I was asking -- what's taking so long for something interesting to happen.

Most of the story takes place waiting "on line" (New York way of saying "in line"). "Off the line" is New York-ese for "out of line" apparently. As I'm not from New York, I found this speech to be very annoying. If the story had been interesting, I'm sure I wouldn't have been thinking about the author's strange dialect.