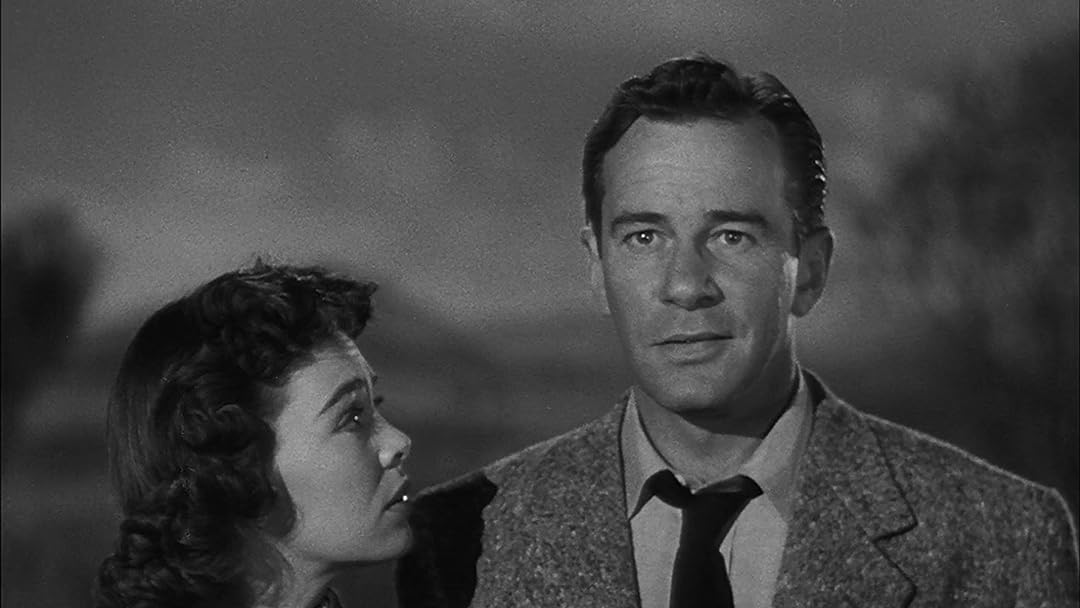 It Came from Outer Space

(1,826)
6.51 h 20 min1953G
Amateur astronomer John Putnam (Richard Carlson) and his fiancée Ellen Fields (Barbara Rush) are stargazing in the desert when a spaceship bursts from the sky and crashes to the ground. Just before a landslide buries the ship, a mysterious creature emerges and disappears into the darkness.

Kenneth KellerReviewed in the United States on October 31, 2017
5.0 out of 5 stars
It Came from Ray Bradbury
Verified purchase
This is Ray Bradbury's classic science fiction tale of an alien spaceship that accidentally crashes to Earth in the remote California desert. Its completely alien inhabitants abduct a cross-section of the local inhabitants to help them quietly repair their damaged ship, but not without various unforeseen complications that nearly leads to their destruction. Their only goal is to get off our primitive alien world and continue their journey to the stars. But soon fear and xenophobia begin to override reason, and the locals only want to destroy these star voyagers. The foresight and quick actions of the film's two leads are able to stand against these blind, unreasoning earthly emotions, ultimately preventing a "First Contact" tragedy from happening. Thereafter, the aliens are able to leave Earth and continue their journey.

'"John, are they really gone?"

"Yes, for now, the time wasn't right for us to meet. But there will be other nights, other stars for us to watch. They'll be back."

Universal's first polarized 3D black-and-white feature film is loving restored via digital Blu ray to the way it looked and sounded in movie theaters more than 65 years ago. The polarized 3D effect is amazing and not overly done like today on so many modern 3D CGI effects films. This alone makes this Blu ray a "Must Buy" for any home film library. It Came from Outer Space has also been restored with its original three-track *stereo* soundtrack, a breakthrough theater sound technology of that film era. A regular "flat" version of the film, in mono sound, is also included, as are both 3D and flat versions of its theatrical movie trailers. Also included is a documentary on Universal's science fiction films of that era and a voice-over commentary that plays over the film on a separate track.

Greg HornReviewed in the United States on June 12, 2017
5.0 out of 5 stars
A MUST SEE vintage sci fi movie that is presented in amazing restoration quality!!
Verified purchase
Simply an amazing restoration presentation of a really wonderful early 1950's sci fi flick. What we have here folks is an already wonderfully done, crisp, perfectly executed sci fi movie now available in perfect blu ray and 3D if you so desire, the 2D is amazing too.

I can't stress enough how well done this restoration is, and at the current street price of under $9 is perhaps THE BEST DEAL
in vintage sci fi movies ever!

The movie is well paced, beautifully shot, never over bearing, but a slow burn that climaxes wonderfully. A MUST SEE!
51 people found this helpful

B. ChandlerReviewed in the United States on June 17, 2019
5.0 out of 5 stars
Much superior to other sci-fi of the era
Verified purchase
I originally saw this movie “It Came from Outer Space” aka “Strangers from Outer Space" on a 14” black and whit TV as a child. And believe me I was seeing eyes all over the place for several nights.

John Putnam (Richard Carlson of “Creature from the Black Lagoon” fame) an amateur astronomer was watching the desert sky with his girl, Ellen Fields (Barbara Rush) a local school teacher, when a strange meteor came down near buy. John, first to reach it swore he saw a door shut. We see it and believe him. However no one else does. What will happen next? Watch and find out.

You can spot a Jack Arnold film by the pacing and initial dialog. This one gave me nightmares as a kid. However now when I watch this film now, I can enjoy the DOWN TO EARTH portrayal of misplaced aliens. You get the alien view from its innards. I was disappointed to find that this is not a 3-D film. I also have the children’s book of this with still shots. Your next film to view is "OUT THERE" (1995) an HBO film staring Bill Campbell and Wendy Schaal. It shows real alien interaction with people and accordions.

There is always hope that a 3D version has survived and will surface in the form of a DVD.

Her best movie is,"When Worlds Collide" you can see her in color in this movie.

Some friendly but really creepy looking aliens cause trouble out in the desert.

I found the streaming video to be fuzzy with poor audio. The Blu-ray is awesome just like being in a movie theater.
31 people found this helpful

Demands QualityReviewed in the United States on May 31, 2017
5.0 out of 5 stars
FINALLY in 3D!!!
Verified purchase
I've wanted to see this in 3D since I was a kid and learned about it. But for years only saw the 2D. Thanks to blu ray and current 3D technology, this is thoroughly enjoyable, and the effects are great, and hardly "over the top," especially for a 50's film. I watched it twice - once in 3D to just enjoy it, and again to listen to the excellent audio track by the film historian who had conducted many interviews. Learned a lot from it, not only about technical and effects topics, but also about just how important this movie is in the canon of 50's sci fi and "invasion" themed movies. A+++++ for picture and content. Enjoy!
21 people found this helpful

Russell SReviewed in the United States on March 18, 2017
5.0 out of 5 stars
That isn't a meteor!
Verified purchase
I love a good/bad movie from the 50's. and here we have one. Richard Carlson and Barbara Rush are on hand to deliver the "there is something more going on here than just a meteor strike" thing. Richard is a local stargazer and none of the townfolk like him, what else is new, he and Barbara see a meteor crash and go to investigate and he goes alone and sees, a space ship not a meteor! No one believes him esp. the town sheriff who obviously has a thing for Barbara. But could there be more to this story? You betcha! I don't want to say much but let's go with there is body mimicking and trust issues. trust me when I say this is a welcome addition to your collection.
22 people found this helpful

JPReviewed in the United States on June 29, 2017
4.0 out of 5 stars
Blast from the past
Verified purchase
Classic 50's sci-fi. I watched it first in 3d and the 3d effects were surprising good, Video quality for a movie of this age was very good, probably the best this movie will ever look. Now the bad, audio quality was not good, but not bad enough to really complain about, again this is a very old movie so again I wasn't expecting too much audio wise. Like I said I first watched it in 3d on my sound system in the living room and then later watched it in 2d on a different sound system in my bedroom and pretty much sounded the same, not too good. I wasn't expecting anything stellar due to its age but this was still a bit disappointing. Dialogue was all over the place. Sometimes when one actor was speaking to another he was loud and clear but when the other actor spoke he sounded muffled? Still I loved this movie and for the price I am very happy with it, They kept the video exactly as it was when it was first released right down to a break where the movie stops and the screen states Intermission, its only for a few seconds not enough time to get up and get a soda or popcorn, lol. I did not know Russell Johnson was in this movie but I recognized him right away, Some of you might remember him as the professor on Gilligan's Island. Overall I am happy with my purchase and would recommend it to anyone who likes these old classic sci-fi movies.
11 people found this helpful

Ron SReviewed in the United States on August 21, 2016
4.0 out of 5 stars
It Came from the Fifties
Verified purchase
I am envious of those with the chance to watch this movie for the first time. I have watched it numerous times over the years. The suspense the movie creates is palpable. Its use of the desert to build a feeling of angst is wonderful. Younger viewers may be disappointed with the special effects. This is a movie from another time. I would compare it to episodes of The Twilight Zone. Its about the plot, the atmospherics, the acting, not the props. Highly recommended. Why only 4 stars? This was MEANT to be a grade B movie, a good movie with a serious message, but still a Saturday afternoon matinee, drive-in classic. I would reserve the fifth star for films that were trying to be a blockbuster, but this is one of the best of its kind, surpassed only by The Day the Earth Stood Still, Forbidden Planet and a few others from that time.

Last thought, the scenes with the girl in her ball gown, beckoning to the scientist are great, straight out of Wurthering Heights. Eerie.
63 people found this helpful
See all reviews
Back to top
Get to Know Us
Make Money with Us
Amazon Payment Products
Let Us Help You
EnglishChoose a language for shopping. United StatesChoose a country/region for shopping.
© 1996-2022, Amazon.com, Inc. or its affiliates