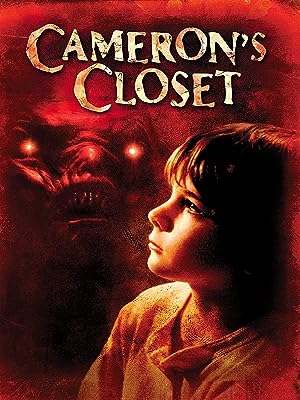 DaleReviewed in the United States on November 25, 2021
3.0 out of 5 stars
Decent for its time. Low budget but well done. Not really scary though but acceptable for family.
Verified purchase
For an 80's "Horror" movie, this was well done for it's time. The kid played his part well enough and the acting was fairly decent overall. Now, you have to remember, this was the 80's so claymation ruled along with overlay. It wasn't scary but some younger kids might find it a bit much but nothing compared to today's horror and you probably don't want your kids to watch this anyways but to all their own. Nothing too over the top. The telepathy aspect of Cameron was well done and interesting. The dimension aspect was a bit lame however it came together and you appreciate it for what it was at the time it was made. It could be slow at times but would pick up and then die down again. Still, it was worth the watch. I guess you could say it had a creepy aspect to it. Probably worth the watch.

CDG Technical Writer since 00'Reviewed in the United States on October 23, 2021
4.0 out of 5 stars
my monster can beat up your monster
Verified purchase
i remember that movie where there was door in the floor under the bed when i was little, that movie scared the schitt outta me and my friends and to this day you still wont sleep with your arm hanging over the bedside. and you never forget that stuff.

TA SparksReviewed in the United States on October 14, 2021
3.0 out of 5 stars
Good for it's time
Verified purchase
I remember watching this as a kid and the concept was creepy. For its time and budget, this was one of the better hour movies of 1988. Would love to see a modern remake of this.

J. B. HoyosReviewed in the United States on April 22, 2009
4.0 out of 5 stars
Cameron's Demon is "Coming Out Of The Closet"
Verified purchase
"Cameron's Closet" is a real gem among horror films. Its screenplay was written by Gary Brandner, best-selling author who wrote "The Howling" and "Walkers." The demon that haunts Cameron's closet was created by Carlo Rambaldi who also created the extraterrestrial monster in "Alien." Great performances are given by a cast that includes Leigh McCloskey of "Dallas" fame and who also starred in Dario Argento's "Inferno." A wonderful soundtrack is provided by Harry Manfredini who scored the original "Friday the 13th." The plot is very suspenseful.

Ten-year-old Cameron Lansing (Scott Curtis) has telekinetic powers. His father, Owen (Tab Hunter), and Ben Majors (Chuck McCann) have been using him as a guinea pig in their experiments. During one of his sessions, he unknowingly brings a powerful demon into our world. With the help of a detective and a psychiatrist, Cameron must banish the demon before it destroys everyone around him. A grotesque creature, gruesome deaths and a gothic, spooky atmosphere highlight this classic creepfest.

Ever since watching Stephen King's "Carrie," I've been fascinated with all films involving the misuse and abuse of telekinetic powers. Other films to watch are Brian DePalma`s "The Fury," David Cronenberg`s "Scanners," and David Schmoeller's "Tourist Trap." I only wish that Sony had released "Cameron's Closet" in a widescreen format. (Full screen simply doesn't do it justice.) Furthermore, the DVD has no extra features, not even a trailer of this film.

Blank BlankReviewed in the United States on October 29, 2021
5.0 out of 5 stars
Awesome movie
Verified purchase
Really enjoyed this. It had just enough scare in it that caused me to jump a couple times. A classic for sure. Good acting as well.

S. CowenReviewed in the United States on July 26, 2010
3.0 out of 5 stars
Creepy little film. Not great,but worth a try.
Verified purchase
A young boy is part of an experiment to develop the powers of the mind,but some how the experiment ends up producing unexpected results that no one wants.

I found this to be a creepy little film about a young boy dealing with a powerful being. Some people don't find this picture scary,but I found it to be kind of creepy. I got goose bumps when a few of the people got killed. The story line was fairly interesting and doesn't really reveal totally what's going on until almost the end of the film. Good make up and effects for the time period that it came out in.

The special effects might have been great when the film came out,but look very dated in this day and age. It really looks bad when they use more set pieces at the end of the film. The acting won't win any awards either in this film. I liked the film,but don't see it as something that you can watch over and over. The dvd I got which is the one shown here doesn't have any extras to speak of,it would have been nice to have some directors commentary or something at least. Also some of the elements of the story line like the boy's mother's boy friend pushing the child around are really cliched and has been done to death already.
One person found this helpful

Tristan H.Reviewed in the United States on June 27, 2019
2.0 out of 5 stars
Mediocre 80s horror
Verified purchase
Cameron should stay in the closet.
One person found this helpful

stephany showersReviewed in the United States on October 13, 2019
4.0 out of 5 stars
simple story , safe for kids to watch.
Verified purchase
pretty good movie. not too scary , no gore , Afterschool special.
One person found this helpful
See all reviews
Back to top
Get to Know Us
Make Money with Us
Amazon Payment Products
Let Us Help You
EnglishChoose a language for shopping. United StatesChoose a country/region for shopping.
© 1996-2021, Amazon.com, Inc. or its affiliates