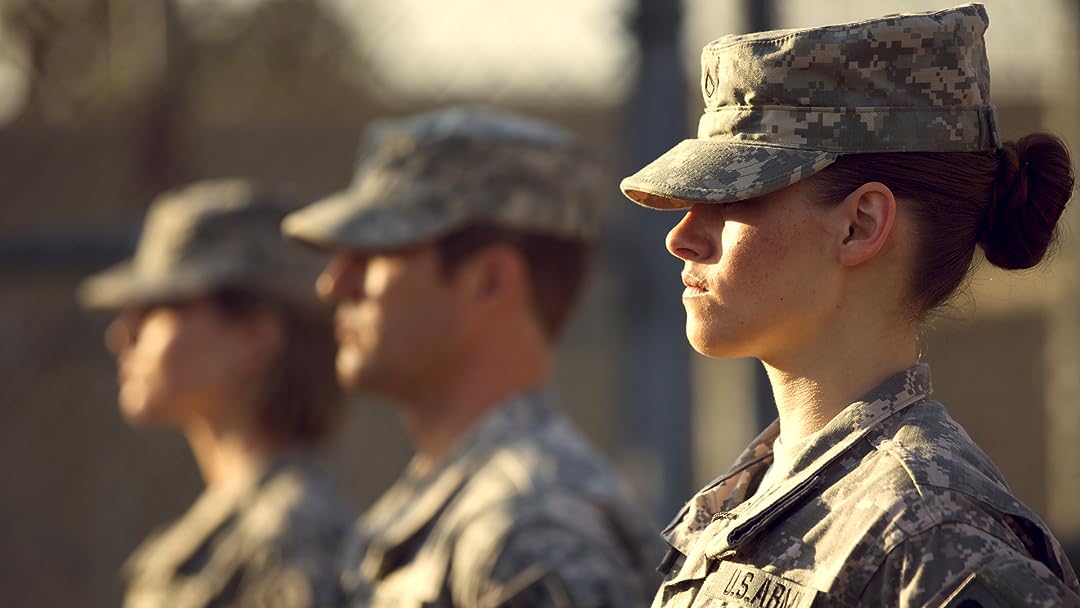 (610)
6.91 h 57 min2014R
Kristen Stewart gives a stunning performance as a Guantanamo prison guard who forms an unlikely relationship with an inmate in this riveting psychological drama.

L. NicolsonReviewed in the United States on December 1, 2015
5.0 out of 5 stars
Worth your time
Verified purchase
This film elicits extreme responses and very little in between. Boring or brilliant, propaganda or truth, pointless or meaningful. Nothing is ever in the middle when it comes to the reviews I've read here. And it's odd, because this film is not about extremes in anything. It's all about the gray areas in life, and in the world. Is Ali a good person? Or is he terrorist? We only have his word on the matter. At the beginning of the film his actions imply, but don't prove suspicion. Cole believes her job to be important, but it's not what she expected. In moments of weakness she makes mistakes that come back to plague her and she finds herself isolated. She knows she must not reach out, but finds it irresistible. So why? Why do they communicate? Ali is intelligent and educated, (And yes, many Arabs speak English and he would have picked up more in all the years he was there). He needs to connect and Amy feels isolated by her actions. We never find out the truth about Ali, and Amy leaves having offered the only thing she can: compassion.

The film rarely leaves confined spaces, it makes you feel the claustrophobia of a prison. Most of the scenes are shot in close focus, or through a narrow window in a door, giving the viewer the closed in sense of the place. Both leads are excellent. I was very impressed with Stewart, having known girls just like her character while living in the south. Peyman Moaadi is compelling as Ali, as he desperately tries to find someone to talk to. This film does not moralize about war, or wash the detainees as innocent, some are actually frightening. It leaves you to decided and to think. But the fact that humans, no matter who they are, no matter how difficult it may be, will find a way to connect is never in doubt.

Luke Reviewed in the United States on June 13, 2019
3.0 out of 5 stars
The arab character was good
Verified purchase
its sort of silly how they made the other main character a women and tried to portray all these people as innocent. yet another movie that could. have been an interesting with a compelling story that ended up being another leftist political jab. its unavoidable and is ruining our entertainment
7 people found this helpful

diana tReviewed in the United States on January 1, 2020
1.0 out of 5 stars
Really??
Verified purchase
So wait, the female soldier got splattered with feces by a detainee, yet she could not stay away from him?? Got attached and felt bad for him?? Give me a break. Why insult our intelligence??
6 people found this helpful

Walter LucianoReviewed in the United States on January 4, 2016
5.0 out of 5 stars
This is a definite must see. Part of it ...
Verified purchase
This is a definite must see .Part of it reminded me of National Geographic Inside Guantanamo. Viewers must keep in mind while viewing Camp X Ray that this war on terror knows no borders. Anytime Anyplace Anywhere. It properly portrays what civilians and military persons must go through.
There must be discipline on all sides and this type situation must be looked at thoughtfully an open minded. ANY MILITARY persons looking at this film will understand the protocols of human rights laws, Geneva convention and whatever current policies are in effect. I am active with military and civilian law enforcement for over 40 yrs and I have seen how the face of wars have changed and caused debate on many of the issues shown here
5 people found this helpful

Though I didn't really buy Kristen Stewart as a person who could have made it through boot camp, we didn't have to see her in boot camp and the film isn't an overarching story of her character. It's a very tight, very self-contained movie that showed a lot of restraint it didn't have to, and there was little moralizing on the part of the writer or director.

someoneouthereReviewed in the United States on June 23, 2019
5.0 out of 5 stars
EXCELLENT
Verified purchase
This film does not even begin to show the horrors that took place - all with the knowledge of our government. Many in high government positions should have been prosecuted and punished for their own "war crimes". In the end, about 97% of these "detainees" were released because they were not terrorists. As humans, we must always remember that all color is just skin deep.
One person found this helpful

GeorgeReviewed in the United States on July 10, 2015
4.0 out of 5 stars
An Engaging Story
Verified purchase
I deeply enjoyed this film. I was especially intrigued by Kristen Stewart's character who went through the monotony of watching detainees in the cell block and attempting to obey Army rules, yet her humanity and decency prevails. The impersonal nature of her work conflicts with what she feels is right. The expressive sensitivity of her face dramatizes her dilemma of remaining aloof to the detainees and her compassion for their suffering and any injustice they suffer.
4 people found this helpful

Daniel EReviewed in the United States on September 7, 2015
5.0 out of 5 stars
who may or may not be a bad person. It almost doesn’t matter
Verified purchase
Kristen Stewart is a revelation. In Camp X-Ray, Stewart delivers yet another powerful nuanced performance. This woman is on a roll. Stewart has tremendous presence; she commands your attention whenever she is on the screen. She is mesmerizing. Stewart is supported well here by Peyman Moaadi, who delivers a real heartbreaking performance. You really feel for the character, who may or may not be a bad person. It almost doesn’t matter; Moaadi’s performance is really touching. The strength of this film falls squarely on the shoulders of Stewart as she steps up and carries the film from beginning to end. Her chemistry with Moaadi, along with their back and forth help to make this sad, depressing, heartbreak of a film more than enjoyable.
See all reviews
Back to top
Get to Know Us
Make Money with Us
Amazon Payment Products
Let Us Help You
EnglishChoose a language for shopping. United StatesChoose a country/region for shopping.
© 1996-2021, Amazon.com, Inc. or its affiliates