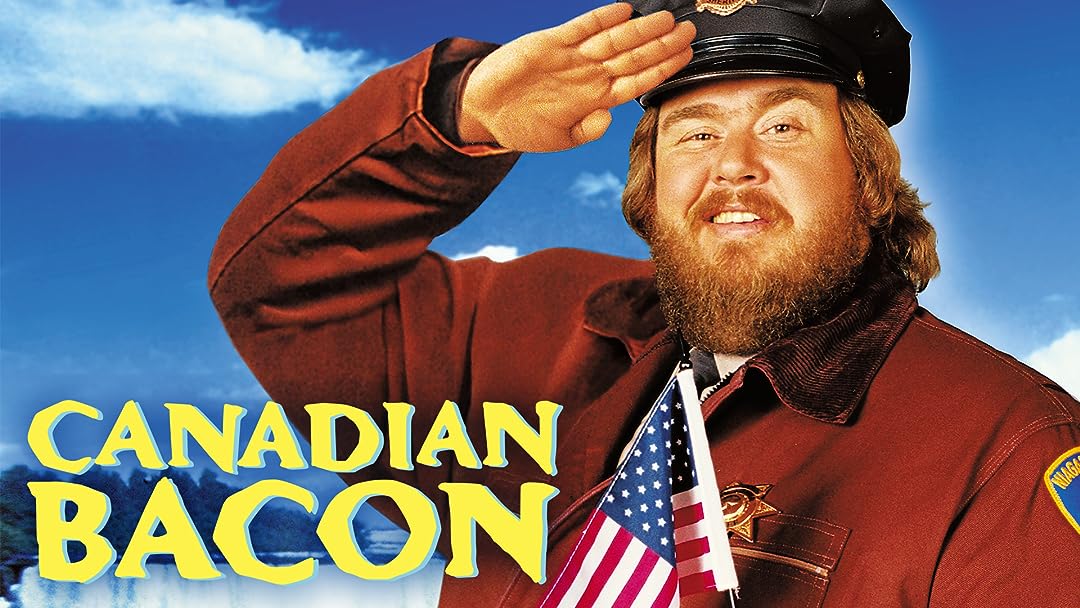 (394)
1 h 35 min1995X-RayPG
Faced with sagging approval ratings, the U.S. President (Alan Alda) is advised to start a new Cold War with Canada. When a sheriff (John Candy) decides to lead an invasion from Niagara Falls into Canada, it turns into an international incident.

Harold MillerReviewed in the United States on August 29, 2022
5.0 out of 5 stars
Excellent condition, quick delivery nothing to truly
Verified purchase
Nothing to truly dislike, I'm sure a one delivery process would be helpful.

R. SchultzReviewed in the United States on July 25, 2011
3.0 out of 5 stars
Not Quite Crisp Enough
Verified purchase
"The Mouse that Roared" meets "Failsafe" meets "How I Learned to Stop Worrying and Love the Bomb." The first and last sections of this movie are an uneven mix of the warmongering themes of those classics. However, whereas those movies were at least occasionally subtle in revealing the fatuous, unintended ways in which nations end up blowing themselves to smithereens - this movie remains a broadside against the specifically American way of contriving conflict.

It was produced and directed by Michael Moore and is the lighter side of his documentary preoccupations with the greed of capitalists and the moral malaise of government officials. You won't find an industrialist here who isn't nefarious, or an elected official who isn't willing to "smile and smile and be a villain." But this movie presents such inevitabilities all in cartoonish good fun.

Moore does tellingly call to mind some of the likely manipulations behind The Gulf of Tonkin Resolution and the consequent escalation of the Viet Nam War in the 1960's. The characters in this farce use that supposedly contrived provocation as a template for their own attempts to provoke war with Canada when they want to boost their President's popularity ratings. This leads to a few cleverly barbed scenes.

For example, we see the President's advisors making good on their assertion that the American people can be manipulated into hating anyone the government picks as targets - including the Canadians. They crank up the propaganda machine against our neighbors to the North. A newscaster warns in tones heavy with sinister implication that the evil that is Canada is "oozing like maple syrup" down into our Country. Behind him there's a map of the Canadian/U.S. border showing a horrid, viscous brown liquid staining over our American territory.

This is good stuff. But there isn't enough such clear comedy in the early and late parts of this film. Too many ingredients get added to this pot of a plot. There are missile silos atop the Toronto Tower and a lot of other muddling mayhem.

The most consistently funny part of this film is its mid-section which concentrates on lampooning Canadians' stereotypical niceness. Our government has its work cut out for it trying to bestir Canadians to attack us. When John Candy's character commandeers a truck, spray paints it with anti-Canuck graffiti, and rides through the Canadian landscape - the only reaction he gets is a polite reminder from an Ontario highway patrolman that, by law, all signage in Canada must be bilingual - in English and French. So Candy has to go back and find room on the truck's panels for crude translations such as "Mange moi underpants!" This really had me LOL.

However, even this mid-section is a little uneven in its humor. Stephen Wright is a brilliant stand-up comedian, but he's miscast here as a Canadian Mountie whose part is written in to illustrate Canadians' over-the-top ma-and-pa white bread geniality. This is as askew as it would have been to cast Jackie Mason in the role of an Iowa corn farmer.

There are no extras on this DVD. That's too bad. A Director's Commentary would have been a good place for Michael Moore to air grievances against all the wrong-headedness and corruption in high places.

The film, released in 1995, is also very dated now in the wake of 9-11. Early on, the movie's Presidential advisors are shown ruling out the possibility of rallying public sentiment against Middle Eastern terrorists because terrorist assaults so far have been too fragmentary and unimportant. They figure their better chance is to rally feeling against the big, brooding country of Canada, the enemy on our doorstep.

So while "Canadian Bacon" had a good premise, filled with a lot of savory suggestions of comedic insight, I don't think it was quite well-cooked enough. It ultimately comes off as the clownish, "A little smile, a little dance, a little seltzer down your pants." The times might be ripe for a re-make.

Life Happens Make Ice CreamReviewed in the United States on February 4, 2022
5.0 out of 5 stars
Cheered me up from constant bad news in the pandemic
Verified purchase
I love John Candy movies. I hope more of them will be available to watch on Prime. This was a perfect antidote to the manufactured rage and hate of the polarized news nowadays. Probably my favorite scene is when the Mountie (Akroyd) stops the gang driving the truck with anti Canadian slurs spray painted all over it, and tickets them $10 USD for not having it in both English and French, then makes them spray paint the slurs in French before letting them continue on their way. In another scene, the gang sneaks over to Canada to... litter, and the Mounties catch them, but, get into a polite academic debate on the correct grammar for asking them to stop. Meanwhile most of them escape.

The premise is that it's post-Cold War and the US needs someone to have international tension with so they attempt to manufacture hate and fear of Canadians. It goes too far of course.
3 people found this helpful

RReviewed in the United States on February 12, 2022
3.0 out of 5 stars
True to Life
Verified purchase
The Cold War between Russian and the US has ended, but a radical leftist president, deep in the pocket of corrupt corporate interests, finds himself needing to manufacture a new war to distract voters from how he has utterly failed on all domestic issues. He can't convince Russia to invade anyone, but he does succeed in creating a fake national security scare in Canada after some "fiery but mostly peaceful protests".

This movie is entertaining as well, featuring some nifty vintage M-16 variants. Regrettably, Michael Moore somehow shoehorned his way in, and John Belushi's untalented brother was allowed on set at one point.
4 people found this helpful

P.W.Reviewed in the United States on May 14, 2022
3.0 out of 5 stars
Interesting movie.
Verified purchase
It was an ok movie.Not that interssting

Ray R. MccallReviewed in the United States on March 11, 2022
5.0 out of 5 stars
One of John Candy's best.
Verified purchase
It takes place in Michigan, need I say more. The movie has a good selection of great actors and actresses, plus you end up laughing most of the way through the movie.

AdamReviewed in the United States on February 6, 2022
3.0 out of 5 stars
Cleaver comedy worth seeing.
Verified purchase
This film has many great stars including Rhea Pearlman, John Candy, and Steven Wright. If you just want to relax for 90 minutes and laugh then this movie is the perfect choice for you.

Dennis BodaryReviewed in the United States on February 20, 2022
5.0 out of 5 stars
Funny movie
Verified purchase
Slap stick comedy. I enjoyed it
See all reviews
Back to top
Get to Know Us
Make Money with Us
Amazon Payment Products
Let Us Help You
EnglishChoose a language for shopping. United StatesChoose a country/region for shopping.
© 1996-2022, Amazon.com, Inc. or its affiliates