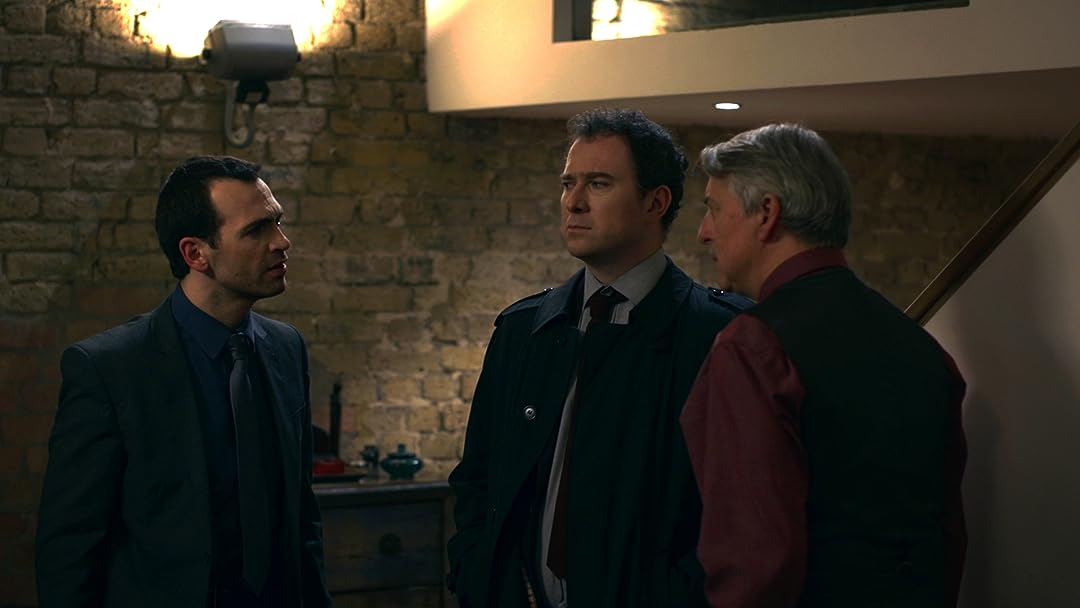 (121)5.41 h 22 min201513+
A social gathering is rocked to its core when Jack accuses his best friend's wife of infidelity. But as the allegations start flying, it soon emerges that far more sinister intentions may be at play...

Linda BeeReviewed in the United States on April 17, 2018
2.0 out of 5 stars
Rather boring throughout, with no substantial feel, and weak ending
Verified purchase
This film has that kind of stilted, oddly emphatic, overly dramatic feel that makes you think it was originally written as a play. The dialog, and acting are all a little over the top, as if designed to fill a theater, but which comes across as too heavy and fake when exposed to the intimacy of the camera.

The basic plot involves the primary character (Jack I think his name was) inviting 4 friends over for a social evening, apparently to play the board game Clue. He has other, more nefarious plans in mind, however. I won't say more for fear of spoilers, but what I just said actually sounds more interesting than the film proved to be. My main complaint is that there seemed to be no substantial motive for Jack's actions. Competition with the Major? Trying to show him up? Whatever it was, it was incredibly weak, muddy, and unsatisfying. I only watched it to the end in case there was some really clever pay-off finale, but there wasn't, so it made the entire thing virtually a waste of time.

The story seemed to depend on everybody ramping up to full extremis mode as quickly as possible to satisfy the plot, which stretched credibility too far for comfort or a sense of reality. Cannot recommend.

deedeeReviewed in the United States on March 18, 2018
1.0 out of 5 stars
No Hitchcock here
Verified purchase
Don't let the ripoff from Psycho of the opening credits, opening background music and opening scene fool you, Hitch it ain't. Could have been better. To me it felt stiff, the actors were trying too hard or not trying hard enough. And I guess it was taking place on the 'American' side of London as the police sounded very American.
7 people found this helpful

S. WrightReviewed in the United States on November 10, 2020
5.0 out of 5 stars
Rope x Cluedo
Verified purchase
It's actually baffling that the reviewers don't understand that this is a modern adaptation of the play Rope with a Cluedo twist in order to make a new, fresh mystery. For me, the movie is fraught with tension in the same manner as Rope, with the same troubling narcissism and revolting game of wits that makes it a great thriller. And then there's the classic ending - a must-have requirement - of the true killer being undone by his own tragic flaw. Think less Alfred Hitchcock and more Edgar Allen Poe for a better read on the sense of humor and story structure. The husband and wife were actually superbly acted out and made me genuinely uncomfortable.

The only slight downside - that does reveal the story's origin as a play - the main character has a soliloquy. It's a little jarring, but it's also completely necessary to fully tell the story.

cherguiReviewed in the United States on August 5, 2018
2.0 out of 5 stars
High School Play
Verified purchase
This was like going to my son's high school and watching non-professionals act in a play. The acting was sophomoric. Very predictable. Vera has the most fake, irritating laugh. Frank looked like he was watching for cues and made some ridiculous over-gesturing as one would have to do for a stage play. The best part is probably the last 2 minutes.
4 people found this helpful

ThierryReviewed in the United States on June 7, 2018
1.0 out of 5 stars
The acting is terrible!
Verified purchase
The actors must be stage actors who are failing at making to transition to the camera and screen. They project their voices wayyyyyy too much. I stopped watching about half the way through. The actors were annoying and the actual story didn't have enough movement to retain audience interest.
4 people found this helpful

bonfireblondieReviewed in the United States on June 29, 2017
5.0 out of 5 stars
Excellent Mystery!
Verified purchase
Reminds me of the old Alfred Hitchcock Presents. I loved that show. Superb! Too bad some people can't enjoy an old fashioned mystery. I'm glad I can.
6 people found this helpful

SSBReviewed in the United States on June 14, 2018
1.0 out of 5 stars
This Candlestick smells of fetid sewage.
Verified purchase
This attempt at a film taught me two very valuable lessons.
1.) All British actors aren't as wonderful as Olivier, Dench or Smith. Some (most of which appear in this film) stink on ice.
2.) Some film makers blatenly rip off Hitchcock openings with dreadful results and zero shame.

Don't waste your time.
One person found this helpful
See all reviews
Back to top
Get to Know Us
Make Money with Us
Amazon Payment Products
Let Us Help You
EnglishChoose a language for shopping. United StatesChoose a country/region for shopping.
© 1996-2021, Amazon.com, Inc. or its affiliates